PORTLAW and Carrick-on-Suir are among the Irish towns most at risk to the impact of automation, according to a new report.
Two out of every five jobs across Ireland are at ‘high risk’ of automation, a University College Cork (UCC) report, released last week, has found. Carrick-on-Suir has the dubious distinction of being ranked number three while Portlaw is just one step behind at number four. 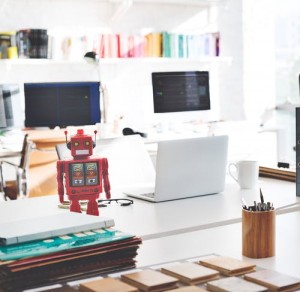 The study – Automation in Irish Towns: Who’s Most at Risk? – examines the impact of automation across urban areas in Ireland, and identifies those towns, where jobs are at a high risk of automation, and the towns where jobs, are at a lower risk of automation.
Jobs identified as being most at risk to automation include office, secretarial and administrative support positions, process plant operators, jobs in agriculture and customer service. The jobs least at risk to being automated are in the areas of teaching and education, the arts, media and culture related positions, health and social care and research and development positions.
Towns whose jobs are least at risk of automation were identified as Bearna in County Galway, Skerries in County Dublin and Ballina in County Tipperary.
“Using 2016 Census data we deployed an internationally recognised automation risk methodology with a method of analysis to ascertain what towns in Ireland will be most impacted by the rise of automation,” commented co-author of the report, Dr Frank Crowley, economist at the Spatial and Regional Economics Research Centre (SRERC) at Cork University Business School.
“The impact of automation in Ireland is going to be felt far and wide, with two out of every five jobs at high risk of automation.”
He continued: “Our study finds that the likelihood of jobs in towns being automated is explained by population differences, by education levels, age demographics, the proportion of creative occupations in the town, town size and differences in the types of industries across towns. Our results suggest that the pattern of job risk from automation across Ireland demands policy that is not one size fits all, rather a localised, place-based, bottom up approach to policy intervention is needed in Ireland.”
The analysis found that many at high risk towns have at low risk nearby towns and many at low risk towns have at high risk neighbours.
“The dominance of the ‘city’ is a trend taking place right across the world. As cities become the dominant centre for economic activity, rural areas are being left behind, and these spatial difference have been credited with the rise of right wing political movements across the world,” stated Dr Crowley.