There is no ‘specific building target’ nationally in terms of social housing delivery this year: that was the sentiment shared by Waterford City & County Council Chief Executive Michael Walsh last week.
Speaking on RTE Radio One’s ‘Morning Ireland’, Mr Walsh, who chairs the Housing and Building Subcommittee of the City and County Managers’ Association, said that “overall targets for the next four years out to 2021” had been established. 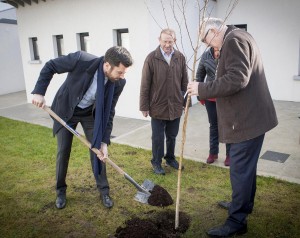 “We’ve a specific target for 2018 but it includes a range of different elements, building among them and I think what the Minister (Eoghan Murphy) is committing to is that we will significantly increase our building delivery this coming year and in the following years and indeed we’ve been doing so for the last couple of years so we’re ramping up continually here to a point where, in a couple of years time, we see ourselves delivering four to five thousand units annually.”
Speaking to Rachael English, Mr Walsh said that in 2017 local authorities, combined with approved housing bodies, had delivered “something like 2,400 new (housing) units…we’d see ourselves increasing that by 50 per cent in the current year, which would be very near to that target and we’d then see ourselves increasing it by a further 50 per cent the following year again”.