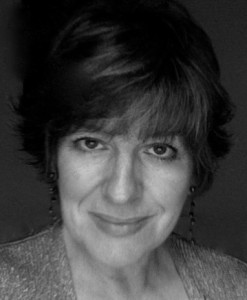 Our past record in protecting the vulnerable in this country has been pretty abysmal at times, and that goes for vulnerable elderly people who may have been seeking financial and investment help.
Too many older people, with cash in their bank and building society accounts were particularly easy prey during the boom years of the Celtic Tiger.
Interest rates were much better than they are today, but even at 4% to 5% they looked puny back then compared to the profits from property transactions and from the stock markets.
The banks in particular – with access to the amount in their accounts – knew that there was a potential sales commission bonanza to be had by convincing their cash-rich customers – many in their 80s – to shift some or all of their money into investment funds, ubiquitous six year “tracker bonds” and even portfolios of stocks and shares, sold by their sister stock market firms.
By the mid-2000s, the mis-selling complaints were being to arrive on the desk of the Office of the Financial Services Ombudsman; by 2008-9 it has become a flood.
So much so that an alarmed Consumer Director at the Central Bank was sending guidance notes to the industry on their duty of care to older, vulnerable customers including recommending that such clients bring along a trusted third party to attend meetings in which investments and other expensive financial products were being proposed or discussed. This person typically would be a close relative, friend or other adviser like an accountant or solicitor.
During 2008-9, the Central Bank undertook an investigation itself into the treatment of older people and sent out 14 ‘mystery shoppers’ aged between 72-79 to a number of banks and building societies.
They posed as people with a sizeable lump sum to invest but with little or no investment experience or knowledge.
The outcome wasn’t great. In far too many cases the required sales protocols were not followed such as doing a thorough fact-find; ensuring the proposed products were suitable; explaining everything clearly; determining the client’s risk and reward tolerance; explaining all the costs and charges and also recommending that they bring a third party witness/advocate along.
Eventually, best practice requirements for all investors, including vulnerable ones were set out in the revised, 104 page Consumer Protection Code 2012 and in the additional guidance notes sent to intermediaries.
Today, the hope is that every broker, sales intermediary and financial adviser is following the Code and the Central Bank guidance notes, but judging from the cases still coming before the Financial Ombudsman (published in his annual reports) and from the many letters and emails I get from readers, this isn’t necessarily the case.
Recently, I was as ked by my own financial adviser, a fee-based Certified Financial Planner, if I would act as the third party witness for an elderly couple, who have no children or family in Ireland. They had become his clients after suffering a huge financial loss – c€350,000 – as a result of a highly unsuitable, high risk investment of just 15 shares that had been recommended to them back in the mid-2000s. Having shifted what was left of their money into deposits, but realising this was also unsuitable, they were now seeking a proper, long term, cautious financial plan to see them through to their advanced old age.
The meeting I witnessed lasted over two hours as the adviser’s recommendations were explained line by line (including all the consumer protection elements laid out by the 2012 Code).
My role was to ensure that they understood what was being explained and to ensure that they were not under undue pressure. (Eventually, after considering the report in the comfort of their own home, they agreed to some, but not all of the recommendations and further amendments they could live with, were made to their plan. I’m satisfied that this time they do fully understand the implications and consequences of the informed decisions they’ve made.)
The meeting I was privileged to be as ked to sit in on (with the clients’ permission) is probably as good a template for every financial meeting that vulnerable, older people should be having with their broker, adviser or financial planner.
Investing properly – especially if a long term financial target like your retirement income is involved – can be complicated at the best of times. You want not just an experienced adviser on your side, but one who makes it their business, especially if you are an older, inexperienced investor, to make sure that you are not just fully appraised of the commitment you are making, but that you are under as little stress or discomfort in meetings that can be nerve wracking for someone who is more financially astute.
The last thing that should happen is that the process is rushed. And if any broker or adviser tells you bringing a third party along is unnecessary, just walk away. And tell them to review their own industry Codes of practice.

Meanwhile, the Talking Money Guide – to accompany my RTE Drivetime radio slot with mortgage broker and financial adviser Karl Deeter – is just out, sponsored by Irish Life. You can download a copy by going onto the Irish Life website, www.irishlife.ie or I can send you a signed, hard-copy by writing to me with your address at jill@jillkerby.ie