PART 1: HEALTH INSURANCE A YEAR AFTER THE ARRIVAL OF LIFETIME COMMUNITY RATING 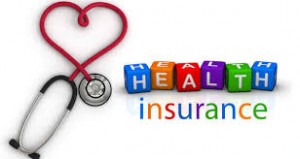 This month last year an important personal finance decision had to be made by tens of thousands of adults over age 34 who were not already owners of private health insurance: “Do I bother to take out a policy, even one of the low value, low cost, hospital cover only ones or do I take my chances as an entirely public patient?”
About 75,000 extra adults now how have private insurance as a result of the Lifetime Community Rating deadline of the end of April 2015, Not joining before age 35 meant paying a 2% premium loading thereafter for every year you happen to be over age 34. A 40 year old today who only decides this year to finally buy private cover will pay 12% more for the same policy – forever. A 60 year old will pay 50% more.
I mention the deadline because the introduction of Lifetime Community Rating (LCR), with its age-based price loading hasn’t made health insurance cheaper, despite some unfounded expectations at the time. Its main purpose was to prevent the bombing out of the entire system of community rated health insurance in this country.
Gone now is a pricing system unsuitable to a country with a rapidly growing older population in which anyone could wait until they were now at risk – say in their 50s or 60s – of developing an expensive medical condition and only then bothered to buy a health insurance policy at the same price that a healthy 20 or 30 year old would pay.
Community rating Irish-style was, until last year, an extreme form of cross subsidisation and risk sharing that was simply unsustainable. Today, someone who waits until they are older will pay more for their cover, but given how much they would have previously ‘saved’ by not paying the insurance premiums, the overall financial effect is not unfair. And it means more long term security for the four health insurers, especially the VHI, that has seen a steady rise in both the number and value of claims by their ageing membership.
So what is the state of play of the market, a year on from the introduction of LCR?
The biggest story is the takeover of Aviva Health by Irish Life, which already has a 50% interest in GloHealth, the most recent entry to the market and particularly popular with younger members and families. If Irish Life succeeds in convincing the Competition Authority that there is no conflict of interest, a larger, merged provider should be in a better position to offer more competitively priced policies and further challenge the VHI, which remains wholly owned by the Department of Health.
This could be very good – at the outset – for consumers, but having just three providers in the market is not ideal, especially for so long as every adult policy is subject to a state levy of €399 and €125 for every child (which goes to the VHI as a legacy holder of the most older members). In itself it will have no effect on the continued billing by the HSE of private insurance patients (and their insurers) for the €800 plus per night charge for private rooms in public hospitals even when the insured patient is not admitted to that room. (Public patients pay just €75 per night.)
The other news last week, 12 months after the reform of the community rating rules, is that the cost of health insurance continues to rise.
According to the latest figures from the Central Statistics Office, while overall prices in their basket of consumer goods fell in March by 0.3% compared to the same month last year, the cost of healthcare (including insurance) rose by c1%.
The headlines can be deceptive, however, especially for anyone who still hasn’t discovered the merits of actively shopping around for the best value insurance cover at every renewal date.
Specialist independent health insurance brokers like Dermot Goode of TotalHealthCover.ie and Niamh Lyons of Lyons Financial (www.lyonsfinancial.ie), remind us that the insurance providers continue to introduce new plans on a regular basis. These competitively prices schemes replace existing ones that were often designed and introduced for specific bigger corporate customers whose plan is now up for renewal. Under LCR these plans must also be available to any individual buyers.
“Anyone who is still on the same plan for two or more years,” said Goode, “is paying too much” and should be switching to a similar but inevitably cheaper plan with their existing provider, or another one. The brokers also consistently suggest that not every member of the family share the same plan, despite what looks like a competitive price. This is because while all-in-one family plans appear convenient, they can and sometimes should be replaced with separate plans, especially if anyone in the family has an existing medical conditions that might require a wider set of benefits.
Next Week: How much can you save on health insurance this coming year? The brokers share their best price substitutes for April/May renewals.

Do you have a personal finance question for Jill? Please write c/o this newspaper or by email to jill@jillkerby.ie