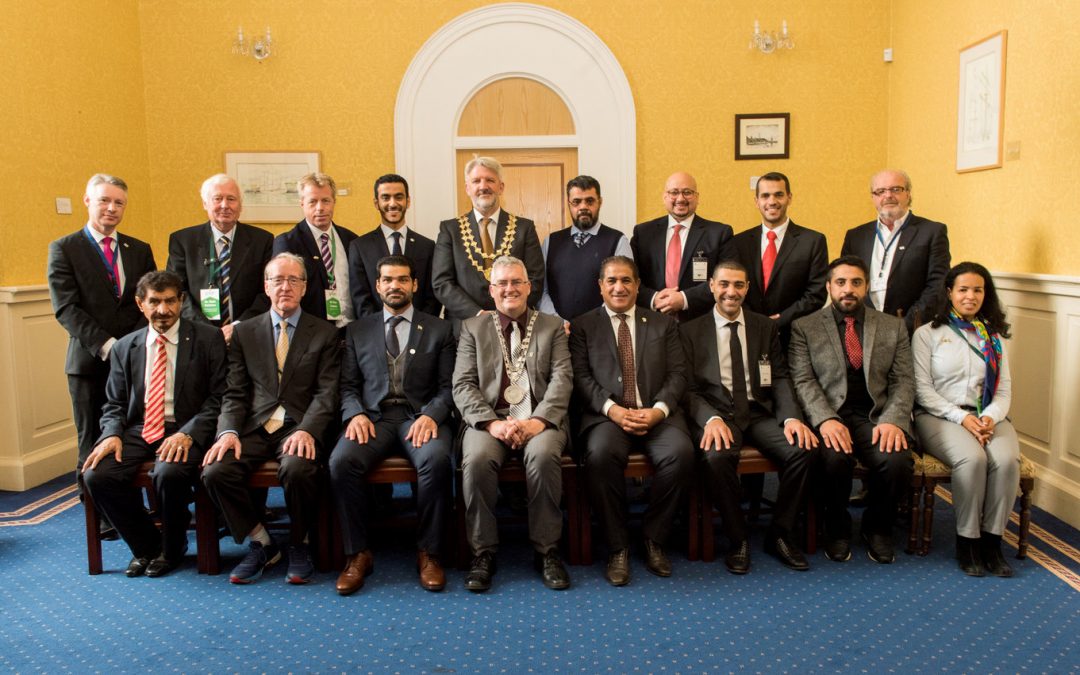 By invitation of Waterford Chamber, a group of Saudi Arabian delegates visited Waterford on Thursday last for a series of meetings and presentation with the view to promoting Waterford as a city of opportunity.
Welcoming the delegation to City Hall, Mayor of Waterford Cllr John Pratt said: “Waterford has many links with Saudi Arabia, not least of all the impending transformation of the North Quays with Falcon Real Estate Development and we hope to strength those links further today as we showcase the many great companies who are all integral to the economic development of Waterford as the Capital of the South East region.”
Following the Mayor’s opening address, some of Waterford’s leading business figures offered overview presentations on the various sectors of note in Waterford and the South East region, including Michael Quinn, Head of Economic Development, Waterford City & County Council; Frank O’Regan, Ireland South East; David Beirne, UPMC Whitfield; Louise Grubb, Q1 Scientific; Richard Hayes and Brian Foley, WIT and Rob Cass, Falcon Real Estate Development. 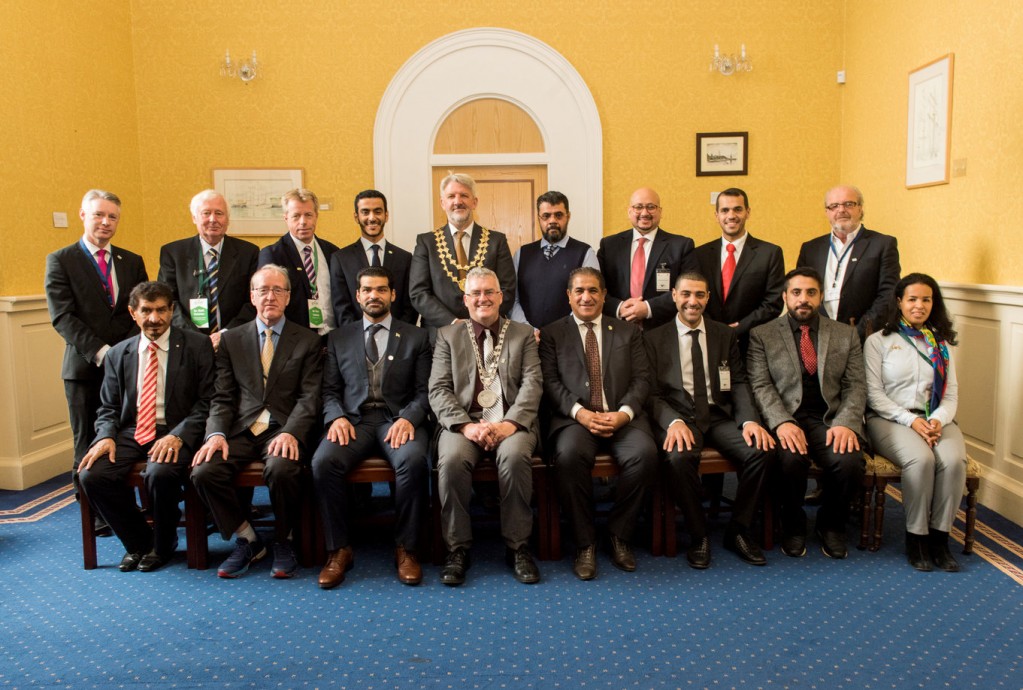 Following a networking lunch, the delegation were then escorted to two locations, Arblabs and workLAB, where local companies showcased their own innovations and ambitions for expansion.
Speaking after the visit, Niall Griffin, Project Crystal Company said: “The visit with the Kingdom of Saudi Arabia business delegation was very successful on all fronts especially as we met with the decision makers and businesses who are first point contacts in their industry sectors. I was impressed with the overall mix and spread of industries and services they were keen to do business with and for the region it was a win win.”
Michael Flynn, Managing Director of FLI Group said: “It was very encouraging to meet with the Saudi business delegation to Waterford yesterday and to hear about their ambitious development plans for Saudi Arabia. Their 2030 vision and development plan to diversify the Saudi economy away from their dependence on oil will create many opportunities for Irish and other investors who see Saudi Arabia as a growth market. The FLI Group as an active member of the global Green Tech community will be actively appraising any opportunities where our technologies and services can be utilised.”
Meanwhile, Michael Malone of CMC Hygea said: “The event proved to be very beneficial for CMC Hygea and an all-round positive experience, which we were delighted to be part of.”
Commenting on the success of the visit, Waterford Chamber CEO Gerald Hurley said: “The level of business done throughout the day and in such a short space of time is hugely encouraging. The delegation were clear in their intent, they were here to develop links with Saudi Arabia and look at both the inward and outward investment opportunities. They were hugely impressed by the innovation and vision that was presented to them during the morning and afternoon sessions and have given us their assurances that they will be conducting a number of follow ups in the coming weeks. Waterford was the only city the delegation visited outside of Dublin and we were determined, with the support of Waterford City & County Council, to put the best foot forward in showcasing the opportunities for business in Waterford. We will continue to develop the relationship with Saudi Arabia and are confident there will be some very positive outcomes from the visit.”