Correspondent Sean Maher gave almost 40 years of service to Waterford Crystal. Ten years after ‘The Glass’ went into receivership, he recalls one of Waterford’s bleakest economic hours…
It was early on Monday morning, January 5th, 2009 that Waterford Crystal went into receivership, officially and permanently closing its doors at the Kilbarry site. So many people remember where they were in November 1963 when news of John F Kennedy’s assassination was announced. Equally, many more instantly recall where they were when New York’s Twin Towers were destroyed on September 11th, 2001. I will forever remember where I was when I heard of the closure of the Crystal on RTE Radio One as I crossed Rice Bridge on my way to work. It is seared into my brain. It’ll be there forever. On driving down Mattie’s Hill en route to work as I returned from the Christmas break, a nervous tension had taken me over as the bad news was relayed over the car radio. 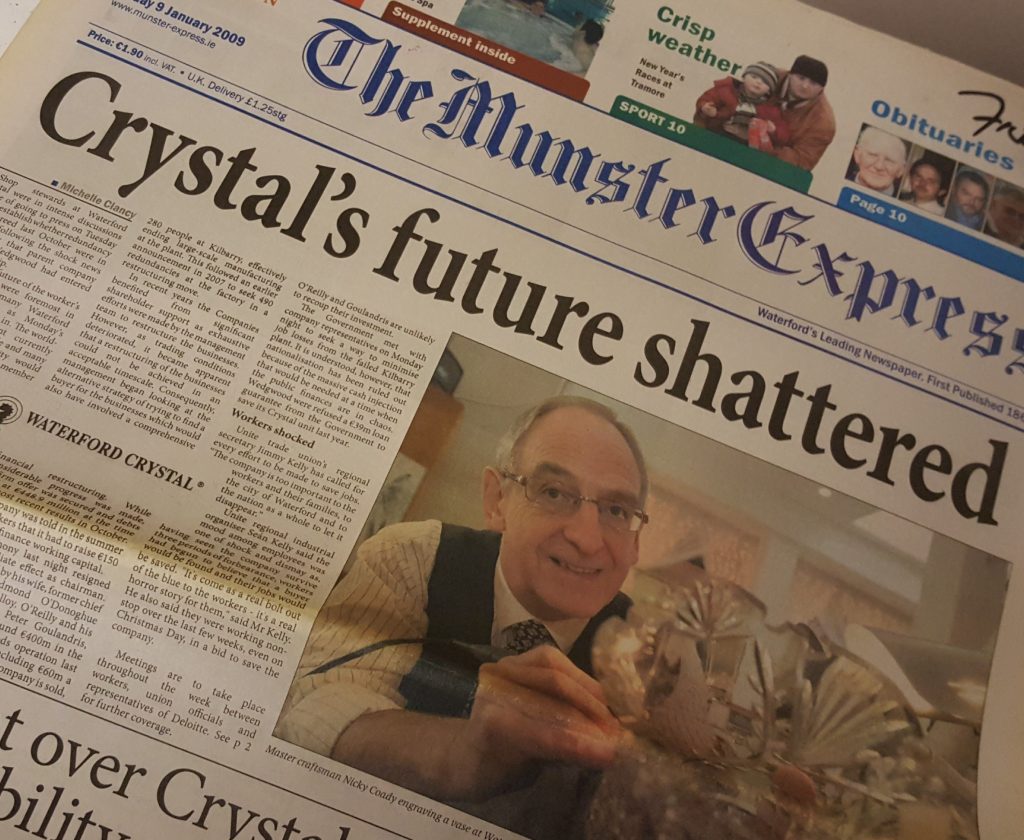 The front page of The Munster Express dated January 9th, 2009, after the devastating news broke at Kilbarry.

While no one had died, the acute sense of losing your job, wages, redundancy entitlements, pensions and so much a part of your economic and social life combined, was difficult to comprehend. It was the first time in 38 years of service with what was a great employer that we were facing lockout on a permanent basis. There was a finality to the news that remains hard to explain. To my horror, I learned that Waterford Wedgwood had been placed in receivership. Trading in its shares on the Irish Stock Exchange had been suspended after the company had failed to find a buyer amid the global financial crisis that had hit the country in September 2008.
Having travelled this particular road to work so many times previously, I knew that this was set to be one of those days that I wouldn’t forget in a hurry.
Walking through the Ashe Road entrance with colleagues I could sense the despondency in the air among those present. The look on each and every face said it all.Instead of heading to our usual work stations, we all went to the canteen to get the latest on what had transpired. The canteen staff, normally the brightest and most pleasant of colleagues, were very worried looking; their usual buoyancy was missing. They’d always had the good word to say and often with great humour – but not on that particular morning. While the experience of a 14-week strike in 1990 was very painful, we all knew a compromise deal would inevitably be hammered out and everyone would return to work. This though was different. There was an air of finality about the announcement that was brutal in the extreme for workers and families alike.
Senan Sutton, Dick Moore, Robert Walsh, Patrick Kelly had, between them, provided me with lifts to work from Kilmacow during my early years in the company. That was until I had saved sufficient money to purchase a second hand car – a Morris Minor. These memories came flooding back as I began to experience what was a terminal loss for me, for Waterford and her neighbouring counties.Within minutes of arrival at Kilbarry, there were commiserations all round as we attempted to come to grips with a doomsday scenario. The reality of our situation hit home and initially a feeling of helplessness took over. Many phone calls were made and received as the news spread into thousands of homes in Waterford and the South East.
Everyone was taken aback in calculating the magnitude of the losses involved and the sense of isolation which immediately began to surround the company. Many employees were middle aged with low levels of formal education and were highly vulnerable in a redundancy situation. There were uniquely skilled for one company only in the region. They had joined as apprentices in glassmaking at a very young age at some point between 15 and 18 years of age. In serving time as an apprentice and then as a qualified craftsman, I’d garnered a range of experiences in the ‘university of life’ with an international company, a true global giant.
The plant at Kilbarry was a melting pot of accents including German, Italian and Czech, in addition to accents from across the region and island. 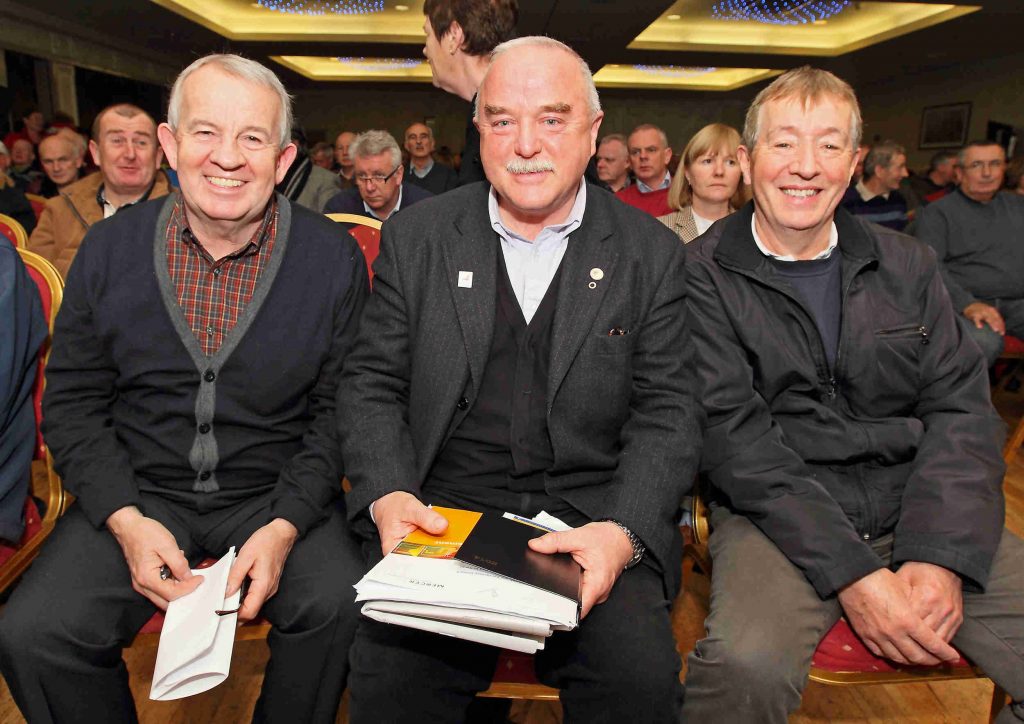