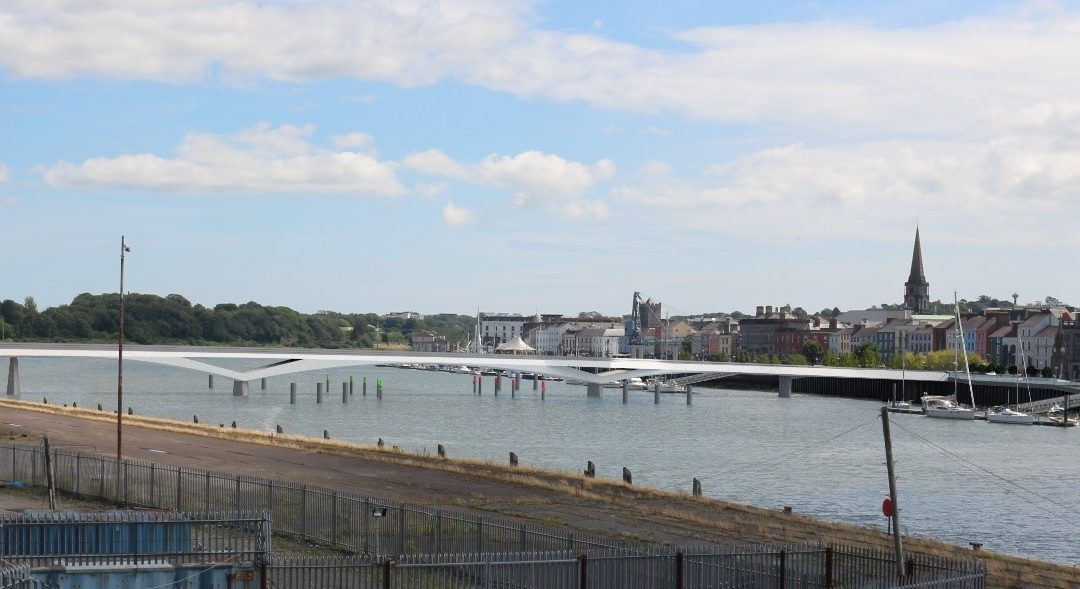 The Sustainable Transport Bridge will connect the City from the South Quays to the North Quays Strategic Development Zone (SDZ) and through to a new transport hub that will replace the existing Plunkett Train Station.  These developments will support a modal shift towards walking, cycling and public transport and will act as a catalyst for the sustainable development of the City to the north of the River.
The Mayor of Waterford City and County Council, Cllr John Pratt said “I am delighted to be part of the exciting and innovative regeneration which is taking place across Waterford City and the announcement brings us another step closer to realising Waterford’s vision for increased growth and delivering on the population targets in Project Ireland 2040.”
Waterford City and County Council Chief Executive, Michael Walsh said the news is “the achievement of another significant milestone in Waterford’s ongoing transition.”
He added: “The positive decision by An Bord Pleanála, the approval of the Part 8 Planning for the Transport Hub by the Metropolitan Council and the funding approvals for the Greenway extension into the City and for the Kilkenny Greenway will dramatically improve sustainable transport in the City and the delivery of its long-term development objectives.”
The bridge with a 207m span will be suitable for pedestrians, cyclists and public transport and will incorporate an opening centre span necessary to allow river traffic.   The Transport Hub to the north of the bridge will also allow for a new bus set down area, short term parking facilities and link with the new Waterford to New Ross Greenway.
These developments are critical infrastructural connections and will stimulate coherent sustainable living in the City, connecting Ferrybank, the North Quays with the City Centre and providing key linkages into the Viking Triangle, South East Greenway and promoting the further development of the North Quays Strategic Development Zone lands.