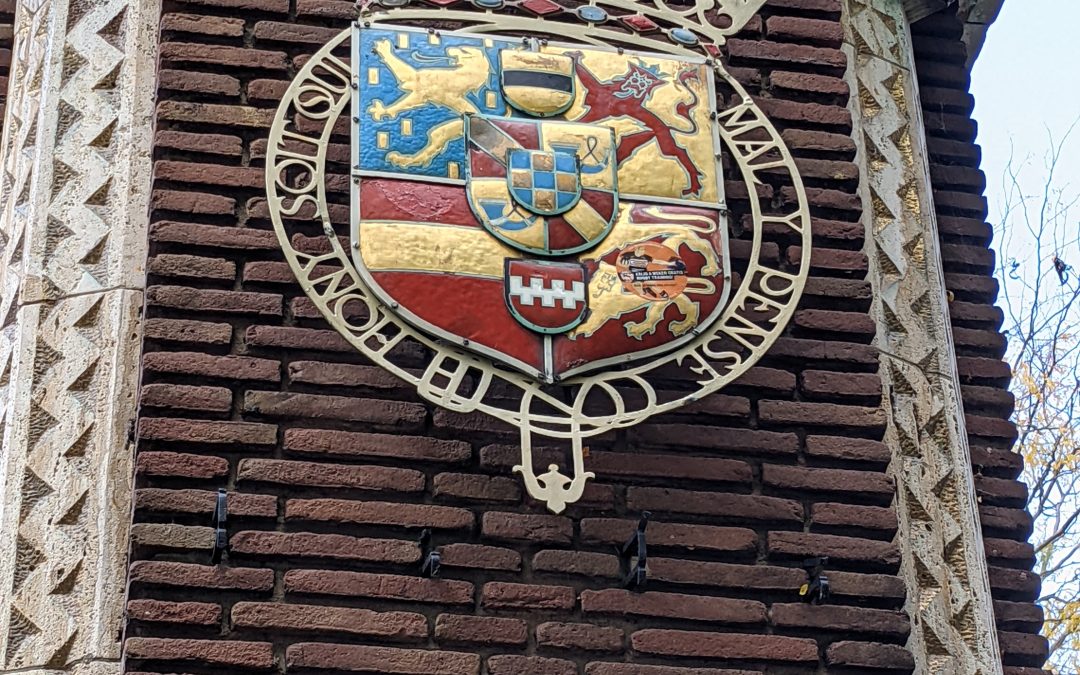 A city with a military past but modern and progressive today

This city just over the Belgian border north of Antwerp and Brussels is not on any holiday hit list but we found so many intriguing things to see from local trading zone of shops and workshops doing recycling to learning about the trading days of the past and also some of the military aspects of the country.

Some families here still have entered the military as there is a training fort there. Some served in the Balkans and Iraq.

For us Irish it was quite a surprise how they have statues to an ancient Irish foe King William III of Orange, the famous victor of the battle of the Boyne and back then King of England. 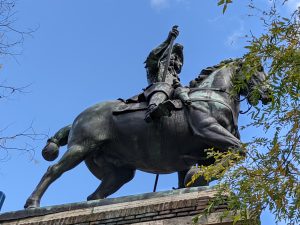 We explained to the student guide how this is very controversial still in Ireland and how they build big bonfires and burn effigies of the pope and people who are deemed enemies.

They were also intrigued that there is an Orange Order in Ireland still. And how Brexit has re awakened such political people who exclude Catholics from the membership.

Dutch people find this a strange bonfire custom to continue and would not be in support of King Billy And such ancient rituals.  Religion in Holland is not very observed by the generation of today.

Breda is a Catholic town but nearby Dordrecht is Protestant.

Outside the Cathedral and near the town wall was an execution area, where some hangings took place hundreds of years ago.

Breda has a castle, town walls and forts illustrating a military past. The two towers along the river are a symbol of liberation from olden times and there is even an old armoury

It also has some very well-preserved churches and Cathedral that are continually restored even though church attendance is low.

One old convent has been converted to a luxury hotel called the Nassau, which is also a name connected to the Dutch royal family. Some river areas were covered over as a car park but now re-opened as walkways along the river with shops.

Good quality shopping in this town. Our Iocal guide, Joyce, was a young student of hospitality and tourism with very good English. O Meara’s Irish bar is good for matches and sessions. 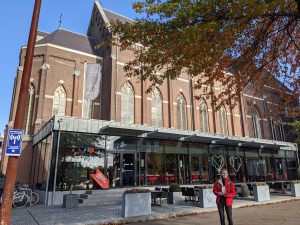 Nassau Hotel converted from a former convent and modernised into a luxury hotel.

Humphreys Restaurant is recommended, close to the market. For those on a budget, Motel Sutor is good value.  Check out also the Breda Food Hall for multiple plus ethnic food choice, popular in many Dutch cities.

Their college hosts international students and would do exchanges with Ireland, our guide Joyce was a student there.  They also host tourists. We even saw an old nunnery gardens and hostel called a beguinage, popular in Belgium. This was started in the 1400s. They grow and sell special herbs.

The city has a long tradition and has been important through the centuries locals are proud and have a well preserved old town, as well as a modern outer suburb section as is often the way in Dutch cities, well organised cycle paths.

Getting to Breda is easy form Eindhoven, where Ryanair fly from Dublin. Breda also is on the train line from Amsterdam to Brussels and Antwerp.