Girona and the Costa Brava 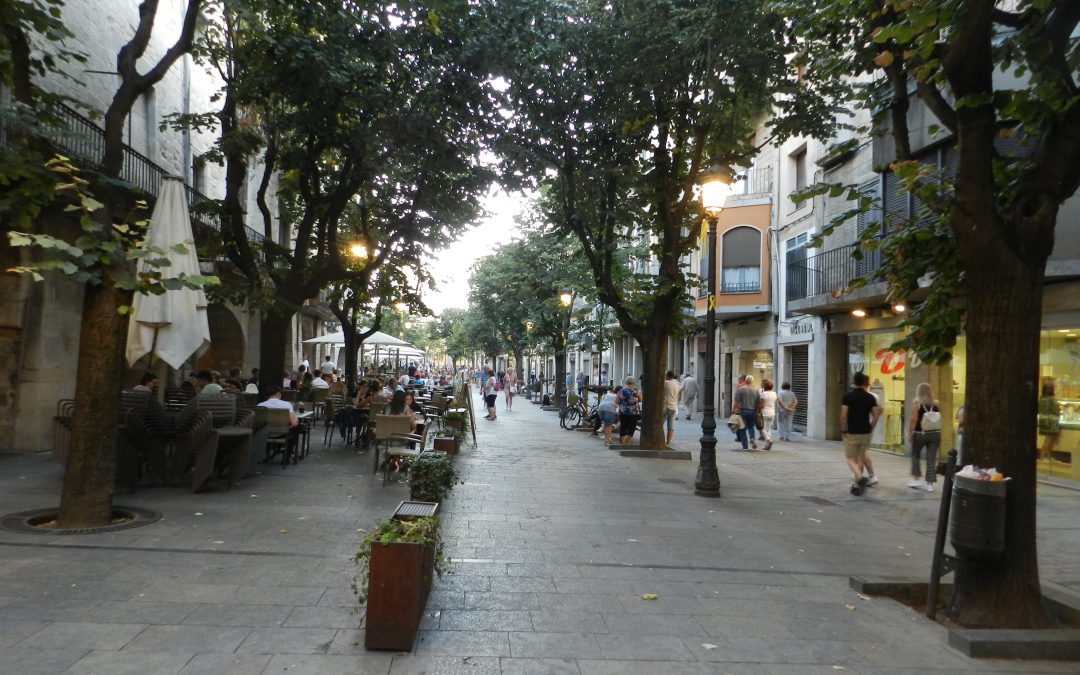 The Costa Brava has an image of lots of beach resorts on the interior is also worth visiting and we flew out to Girona to see a variety of places from the historic Catalan city, Girona and onto wooded forests and volcanic mountains. The tourism board wish to promote that there is more about the Costa Brava than Barcelona and built up resorts.
We also took in a golf area, coastal walks and the town of Roses, where the nearby coastline is like another version of the copper coast.The first day was a walking tour of the old city, some elements remain from Roman times, there is even a Jewish Mikveh or bathing place near a synagogue. The Jews at one point were 10 per cent of the population of 10,000 households working as traders and bankers. They would later leave with the Spanish Inquisition in 1492 and debts owed not paid, today you can find out more at the Jewish museum and some have come back.
This is heritage tourism at its best, despite suffering during the Spanish civil war and various French invasions, there is still much to see. Fine architecture in the old and new town.
Great to wander around the streets and unlike some narrow streets in the capital Barcelona, the Ramblas here in Girona are very safe in this historic town they have a strong student population plus tourists in summer but not too many. 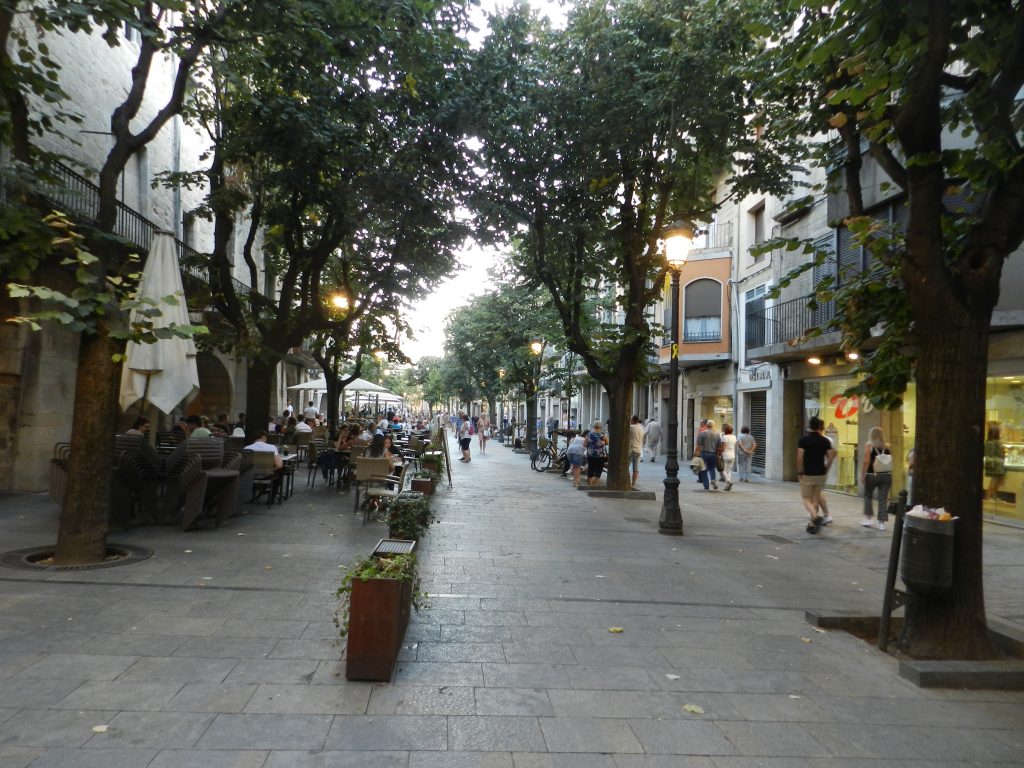 Dining was good quality in the old Independence Square. We went to Café Marieta and got a great paella, 2 courses from 32 euro, but also 12-18 euro menu del Dia, including some wine. There is a great sense that you are more in Catalonia, than Spain, we were told the vote for separation from Spain was over 90 per cent. This Catalonia political crisis is getting larger, after jail terms were announced in past month.
The people are quite passionate about their land and people, most signs are bilingual with Spanish and Catalonian, everybody speaks both languages unlike us with Gaelic and they can use Catalan in preference too.Flags are everywhere, a little like parts of the North of Ireland where territory was marked in the older times and less so now. Locals say too many of their taxes go to Madrid, sounds familiar. France, a big neighbour too in this part of Spain, over the century’s armies came here too, as the knights and Charlemagne, the great King of Europe in the Middle Ages.
Some very quaint old shops to explore and see. Also a bridge designed by French man, Gustave Eiffel, who made the Eiffel Tower in Paris.
See the majesty of the fine old Cathedral called St. Marys to visit also and take a walk along the river side and see the lovely painted buildings, well preserved and maintained. There is even an Arabic bath house that got restored, the moors were here for 70 years in the middle ages, before being defeated by Charlemagne or Charles the Great, who was from Central Europe.
Very few Irish connections, however, the Spanish civil war came up in conversation and there is still a legacy on this one, where Irish were on both sides. Many Catalans left for France or ended up in jail, if on the losing end captured. Many disappeared too.They say the German planes and Italian ships proved crucial. Many people today recall grand parent involvement. Even Trump came up for mention as St. Narcis was a Bishop here, see his statue and saved the city at one point. Ana, our guide also proudly stated that the Game of Thrones season 6 was partly filmed here, as the city is so authentic in terms of medieval street locations. See the Castello d Empuires or castle.
Many music festivals in the summer, like jazz in the summer and a theatre festival in the autumn with Shakespeare even. Flower festival and food events also to prolong season and special Christmas events.Worth doing 2-3 nights here in Girona and use it as base rather than Barcelona as it is much cheaper to stay here and is just 35 mins to central Barcelona and then onto that Airport, if it suits but Girona is much more handy and smaller. Handy location for off season breaks in this city of the 4 rivers fed from the Pyrenees.
Irish flights year round. Hotel costs are 90 euro 4 star and 70 euro 3 star. Getting there: Ryanair have direct flights to Girona, they have just closed a base there, but the tourist authorities say that the flights will continue services from Dublin. However, many jobs went in the process.