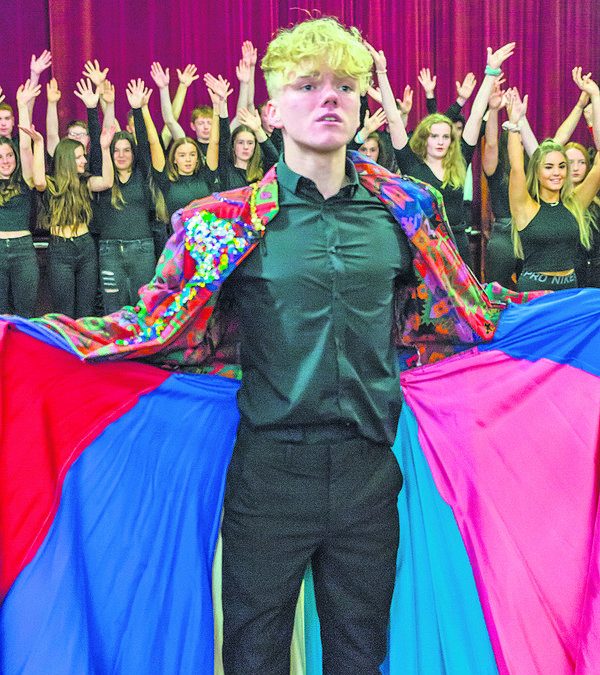 In 1979, under the guidance of Fr Séan Melody and Brendan Drohan, De La Salle College Musical Society presented their first show; Joseph and the Amazing Technicolour Dreamcoat. Forty years on De La Salle are back with another production of the Andrew Lloyd Webber classic which is certain to entertain and thrill when it is staged at the college next week. Producer Vicki Graham was introduced to ‘Joseph’ at a very early age and is hugely enthusiastic about this year’s production. “I had been exposed to Joseph at a very young age because my dad (Dermot Graham) did it in ‘Tops of the Town’, Rocky Mills was Pharaoh, I was very young but I remember it well. Having grown up with ‘Joseph’ I suppose, it has a very special place in my heart. It’s such an entertaining show, there’s something in it for everybody. Its’ really funny, tongue in cheek cheesy, some many different strands of music, it’s colourful and fun.” 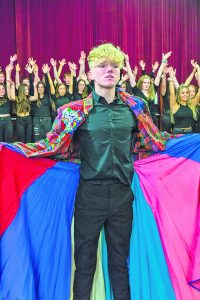 Vicki is delighted with the hard work put in by the cast and knows they will all enjoy next week. “I don’t know what it is about ‘Joseph’ but it really brings out the best in the cast and that’s certainly the way it is this year. In De La Salle there’s a different group every year and because they get so much enjoyment from it, it’s easy for me to stay focused and enthusiastic. It’s fantastic to see a child who has never done a show before blossoming and having the time of their lives and it’s a pleasure to work with them each year. “I would say probably half the brothers have never been in a show before, but they are amazing, they’re having so much fun
Some of them might never do a show again but they will always remember this.Joseph tends to bring a great and big audience and I hope there will be full houses every night because everyone connected with the show deserves it. De La Salle always put on such a good show, with a very high standard and for anyone who hasn’t seen a show, Joseph and the Technicolour Dreamcoat is a good one to start with.”
Isaac Casey, who plays ‘Joseph’ was surprised to land the role. “My first show was the De La Salle show last year, the Addams Family, I had a small role in that, after that I did a concert so this is just my third production. I was a bit surprised to land the lead role but it’s a great role and I love it. I knew about the show before De La Salle did it years ago and I went to see it then. I’ve been listening to the sound track since I found out I got the part and I love the music. It’s been a great experience and we are all really looking forward to it.”Rebecca Shanahan is no stranger to the stage and is looking forward to playing one of the four narrators.
“It’s not my first show but it is my first time being on stage for about four or five years so I’m really looking forward to it. I’ve been on stage all my life growing up. I was in the David Hennessy Stage School. I’ve seen Joseph a good few times and it’s a great show, the rehearsals have been fantastic and I can’t wait for it get going.
Fellow narrator Alex Collins is also looking forward to next week’s show.
“I’ve been on stage since I was three so I’m very used to it but this is my first time in the De La Salle Show. I was in Joseph with the David Hennessy School some years. I was in the chorus then so I’m delighted to be playing the part of one of the Narrators, I cant’ wait for opening night.