Martin Hayes quartet perform brilliantly at St. Canice’s Cathedral
Martin Hayes is becoming recognised as one of the best traditional musicians in Ireland of his generation , from Clare he performed again for the sixth h year in a row at Kilkenny arts week.
.Based now in Madrid wiht his wife Lina, whom he met in Clare, travels much for music between Ireland for the summer festivals and America at other times of the year. Lina we met at the event and like a fan she was up standing for the encore with the audience and spoke of
Their nice life in Madrid, but her husband must a travel much. He is a director of irish music for Kilkenny Arts week and also in Bantry festival this summer. 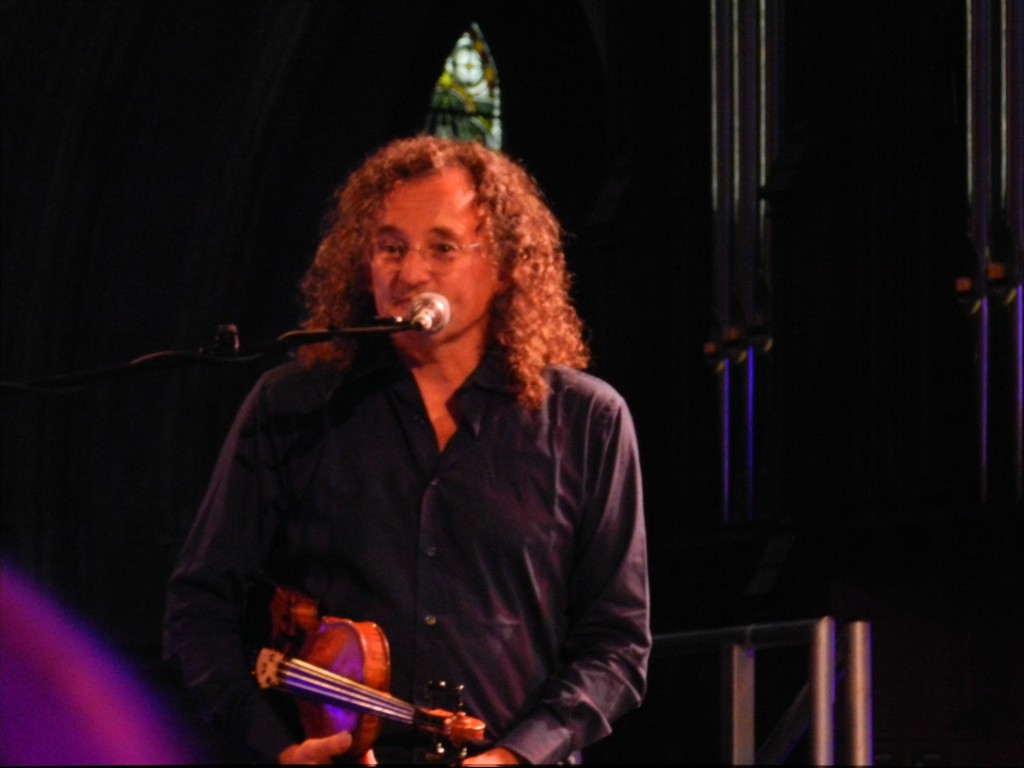 Martin has a major American connection and was based in New York for many years and also Chicago.
He met Dennis Cahill there and this Chicago man has formed a unique partnership with him
They have produced an excellent album called the “ Blue Room”Along side him and Dennis were two other American musicians, Liz Knowles from Kentucky and plays the fiddle brilliantly, and Doug Wieselman from Los AngelesLiz was trained in classical violin but has taken to Irish musis amazingly. she has played oin Carnegie Hall with Riverdance and has that classical background to create haunting irish melodies on her fiddle. She also played a Norwegian style fiddle that was used for baroque style medieval music, she said at the event.
The more quiet Doug Wieselman is the fourth member of the quartet and hails from Los Angles, USA.
He plays the oboe and bass clarinet, where he comes in with bassy tones and creates a jazzy influence on Irish music.His slow cool interventions with low base tones has a unique effect on the music.They produced a wonderful album, called the Blue Room, that was produced at Bantry House in Cork and assisted by the University of Limerick, worth buying and most of the Kilkenny gig features tunes from this album.
They started with “Easter Snow”, then “My mind will never be easy”, followed by “The boy in the Gap” and “The Orphan”. all in quick succession then a few more like the Bear Island reel and a real basic Irish one the Clare House Dance.As Martin there is a little wildness in the last one, the clergy he joked were not too keen on them at the time, but now they are in St. Canices.
The rhythms really built up and is entrancing, we got a seat near the front and could really feel the intensity of the playing.He has an engaging personality, his family encouraged him in the music and there were regular sessions in the house when he was young growing up on a farm in East Clare.They followed with some further tunes a slow air Mo Mhuirnin Ban, brilliant sound in the great acoustics of St. Patricks. Tommy People’s Reel followed.and Port Saedbh was the encore. And Tuohy Frolics .Then we had Liz Knowles playing her Norwegian fiddle with gut strings has a baroque style effect.
Their musical performance has American influences with jazz and blues. Dennis had Chicago blues in his background, add in some jazz and classical too, you have a n unique way of listening to Irish music
In a more contemporary way, where the musicians perform with their special back catalogue experience.
Other songs played were “The Humours of Scarifff”, Down the Back Lane, Bold Doherty was another one and a tune Triona ni Dhomhnaill, “Brennans Reel. Triona had played Kilkenny the night before and was excellent too.
Great to hear the bass clarinet on some of these tunes. Martin jokes at the end that he might cheer for Kilkenny on Sunday as he felt part of the town, but as a Clare man he likes the banner and Wexford too with Davy there. Hurling he says is tribal war fare at times.Some of the audience were seeing Martin Hayes for the first time and were enthralled with the sounds and would come again.
Get to see him at any opportunity you would not be disappointed. Brilliant at all times yet modest, you will go home content. Admission was 30 euro but worth money for the one and a half hour show.
It rained heavily afterwards so people mingled a little and discussed what a wonderful as they made their way slowly to the exit. Martin praised the organisation and efficiency of the festival and we would have to agree.
Eugene Downes has done a great job with the festival and now works for the Department of Foreign Affairs promoting Irish culture, he has been succeeded by Olga Barry. The next stop that evening was the Set Theatre for Richard Thompson but regrettably was sold out.The audience who paid 30 euro were delighted and cheered for an encore in the famous Cathedral.