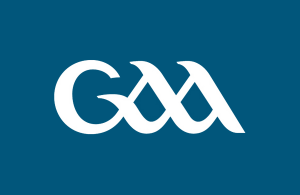 WATERFORD has become the latest Council to call on the GAA to reverse its policy of selling exclusive broadcasting rights of certain matches to subscription viewing channels.
At the November plenary meeting of Waterford City & County Council, a motion in the name of Cllr Joe Conway (Ind) called on the GAA ensure all televised championship Gaelic games are shown on terrestrial “Free to Air” channels for all to see.
Cllr Conway said the practice of selling exclusive broadcasting rights to subscription viewing channels “excludes so many people”.
He said many of these people have “sustained” the GAA and claimed grassroots members were not consulted before the current arrangement was put in place.
He noted that other “strong GAA counties” had already passed similar motions, such as Kerry and Galway.
“People on fixed or no incomes are being overlooked, as are the elderly or people with mobility issues who cannot travel to games,” he said.
Cllr M J O’Ryan (FF), who seconded the motion, said that “public service” should apply in order to cater for people who cannot travel to matches.
Cllr John O’Leary (FF) also supported the motion and said it was a “sad situation” that some people may not be able to view games, particularly the elderly or infirm.
“Many of those people have put the GAA where it is today,” he said.
Cllr James Tobin (FF) said he supported the motion as a former Chairman of the Waterford GAA County Board.
However, he noted that grassroots members had the power to reverse the GAA’s controversial arrangement.
“If they are interested they can bring a motion to Congress,” he said.
Cllr Pat Nugent (FG) said RTÉ was “lazy” in its approach to covering Gaelic games and said their presentation should be improved.
He praised TG4 and Waterford’s Nemeton for their coverage of Gaelic games.
Additionally, he pointed out that, because of TV rights, many people could not view the recent historic Ireland v New Zealand rugby game which took place in Soldier Field, Chicago.
Cllr Cha O’Neill (Ind) said he sees some benefits for clubs through the Sky deal.
However, he also agreed that it was disappointing that he couldn’t watch history being made in Chicago when Ireland defeated the All-Blacks.
Further echoing Cllr Nugent’s sentiments, he described TG4 as “spectacular” in terms of their coverage of all sports.
Cllr Sean Reinhardt (Ind) said the “higher circles” in the GAA are “losing touch with the grassroots”.
“Volunteers who give of their time freely should be able to view games freely,” he said.
However, Cllr John Cummins (FG) said he was surprised at some of the comments and pointed out that the GAA is an independent organisation.
He said the games shown on subscription viewing channels represent a “very limited number of fixtures” consisting mainly of qualifiers.
“The finals in both hurling and football are all shown on RTÉ,” he said.
He said the broadcasting of GAA games on Sky had “opened up” Gaelic games to a worldwide audience, adding that he didn’t see the merit in “stirring up unwarranted hysteria”.
“I never remember seeing a qualifier on RTÉ,” he said.
Cllr Damien Geoghegan (FG) agreed with his party colleague. “The Sky deal has brought games onto TV that might not have previously been shown. And any deal that will bring games to a wider audience should be supported,” he said.
“It’s not so long ago that these games weren’t even televised,” he added, noting that the first Munster Final to be televised was in 1989.
The majority of Councillors voted in favour of the motion, with Cllrs Cummins and Geoghegan being the only representatives to vote against.