49 social houses have been approved for Ballygunner.Councillors in Waterford City voted to approve the construction of homes at the monthly Metropolitan meeting held last week.
The 49 units comprise of six one bed apartments, six three-bed duplex units, four three-bed 2 storey houses, 28 2 bed 2 storey houses and five two-bed single story houses.
They will be located at Ballygunner Castle Road/St. Mary’s Place.The vote was near unanimous but also brought a range of views from local Councillors in the Waterford City East area.
A call came from Cllr Eddie Mulligan (FF) to defer the decision until the new City and County Development Plan is completed: “The biggest representation from the Ballygunner, Williamstown, Knockboy area is the lack of community facilities.” 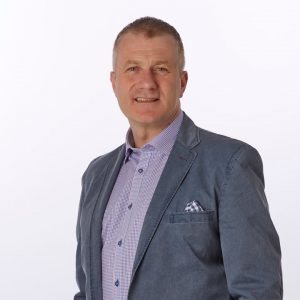 Cllr Eddie Mulligan called for the decision to be deferred until the new City and County Development Plan is completed.

He added that that as there are already 110 houses going through the planning process, a deferral “of a couple of months” should not impinge upon the delivery of the houses.
The proposal was met with disagreement from several, including Cllr Pat Fitzgerald (SF) who said the Development Plan could take another two years to complete.
“We have got to go ahead with local authority housing that is desperately needed for young people in this area to put a roof over their heads and I think this is a disgraceful counter proposal,” he said.

A party colleague of Cllr Mulligan’s, Cllr Adam Wyse, also supported the housing proposal, while noting that there are “huge infrastructural issues” in Ballygunner.
“We need more investment in parks, in roads and in expanding our schools in Ballygunner. This development is 49 units and not 350 which was previously proposed in other sites,” he said in a statement. “It’s most likely 70 extra cars to this area and not approximately 600-800. These houses may take a number of years to be built and I asked that in that time, all councillors will push for added amenities and investment in the area to deal with any possible congestion or lack or services to current and new residents.

“I believe we as a council can manage these extra houses and plan correctly for the area in the coming years and I was glad to see them approved. They will go to families who are hard pressed and homeless that I am dealing with on a daily basis.”Meanwhile Cheekpoint-based Cllr Jody Power (Green) supported deferring the development, asking if the Council has “learned a lesson from the slums” referring to other social housing estates.
“If we get it wrong we get it wrong forever,” he added.

This quickly drew a reaction from Cllr Wyse who told the room that he lives in the area: “The idea that you’re going to portray social housing in that area as slums, I don’t think it’s fair.”
The vote to defer the development failed, with Cllrs Mulligan, Power and Davy Daniels (Ind) voting to hold up construction, while Cllrs Wyse, Jason Murphy, Eamon Quinlan (all FF), Pat Fitzgerald, Breda Brennan, John Hearne, Jim Griffin (all SF), Donal Barry, Joe Kelly (both Inds), Lola O’Sullivan (FG) and Seamus Ryan (Lab) voting against the deferral.
With the deferral defeated, a second vote on whether to proceed with the development passed unanimously.