Abuse Commission May Need to "Pause"

The Commission of Investigation which will examine the response into allegations of abuse committed by Bill Kenneally may be required to pause its work, the Justice Minister has noted.
Addressing the Seanad on Thursday last, Charlie Flanagan said such a measure may be required “if requested by the DPP, where a concern exists that the matter being discussed at the Commission might interfere with any aspect of an ongoing criminal prosecution against Mr Kenneally. The DPP will be monitoring proceedings and has agreed to contact my Department should any difficulties arise”. Minister Flanagan also noted that “relatively recently, a further 99 criminal charges have been brought against Bill Kenneally in respect of other complainants. An Garda Síochána is also investigating further allegations by new complainants”. The Minister, who outlined the drafted Terms of Reference for the Commission, acknowledged the contribution of abuse survivor Jason Clancy “who provided very detailed information in relation to the response by the State to the allegations in the 1980s against Bill Kenneally, which forms the basis for the Commission of Investigation”. 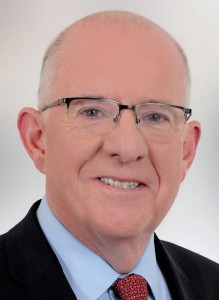 Said Minister Flanagan: “Turning to the substance of the Terms of Reference, the Sole Member will first be asked to investigate the extent of the knowledge within An Garda Síochána during a particular time-period, 1985 to 1992, of the allegations against Mr. Kenneally. If information emerges indicating that Gardaí were informed of the allegations against Mr. Kenneally, either before or after those particular years, then the Commission is empowered to investigate that information further.”Members will note that the Terms contain references to An Garda Síochána, the South Eastern Health Board, Basketball Ireland, the Waterford Catholic diocese and unnamed ‘political figures’. While the allegations made by Mr Clancy and others are primarily against An Garda Síochána, it may be necessary for the Commission to investigate the acts or omissions of those other organisations, if it can be shown that An Garda Síochána passed information to them in relation to any offences allegedly being committed by Bill Kenneally.” The Commission is to be chaired by retired Circuit Court Judge Mr Barry and it’s believed the Commission will take “up to a year to report, given the potential number of witnesses to be called and the various allegations that have been made