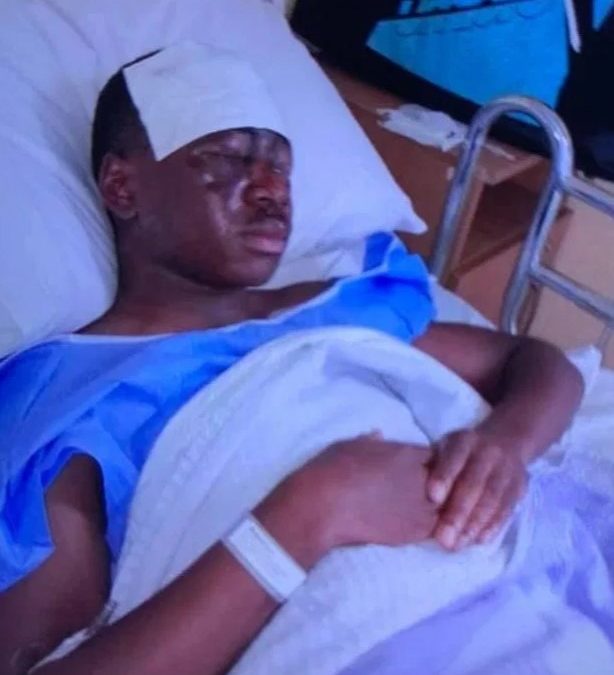 Families vow to fight for justice
Eoghan Dalton Reports
The parents of three teenagers injured in an acid attack have reacted with fury after discovering that the alleged perpetrators would not be facing any criminal charges.
Gardaí telephoned families with the decision of the Director of Public Prosecution, saying the two will receive juvenile cautions.
The families have reacted with shock and disappointment and say they will fight the decision. The Minister for Justice advised the parents to seek reasons from the Director of Public Prosecutions (DPP) as to why two alleged perpetrators are not facing criminal charges.
Charlie Flanagan’s statement that he could not interfere in the criminal justice process came after calls from parents for review of the decision. All three of the victims suffered severe skin burns in Waterford last April in what their families say was a premeditated attack. 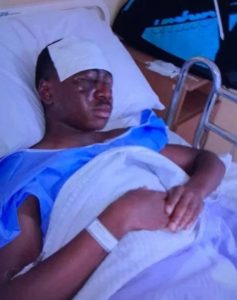 Tega Agberhiere (17) was one of the three victims of the attack. He suffered horrific injuries to his face, eyesight and other parts of his body when a substance was thrown on him. He plays for Waterford FC’s under-17 side and has represented Ireland at underage level.
Gardaí had said at the time “a corrosive substance” was used.
His mother Christie Agberhiere says her “heart is broken” after being informed the alleged perpetrators would not be charged. She was speaking following a meeting with Waterford Gardaí on Wednesday afternoon.
She said Gardaí explained that, due to the alleged perpetrators being underage, and due to them not coming to Garda attention before the incident last April, the two will instead receive juvenile cautions. Gardaí also told her, she said, that the two boys would need to avoid coming to Garda attention over the coming year.“My heart is broken. I am highly highly disappointed and I am angry. It’s unbelievable,” she said.
The incident occurred in the Earlscourt housing estate on the Dunmore Road in Waterford.
Gardaí had said at the time “a corrosive substance” was used.Ms Agberhiere said she intends to fight the decision: “This boy needs justice. His looks have been destroyed but it has affected him emotionally, physically…They need to review the decision.
“He has had to go to hospital in Cork, in Waterford, for skin grafts and just for this decision to be made. I know what we went through as a family and what we’re still going through.”
She said she wants to appeal it directly to the Minister for Justice and the Taoiseach. “This is an attack that has changed the whole routine of my family.”Emma Daly’s son Oisín (19) who was also attacked said she too wants to try to appeal the decision. “How can they justify the decision that has been made when three lads have been left scarred for life? What message does this send to young teenagers?,” she asked.
She is hopeful her son’s final hospital appointment for his burn injuries is next month. She said her son is now in college in Limerick and is “happy he’s not in Waterford anymore”.
“But it doesn’t make it easier on me that he’s only happy when he’s away from Waterford,” she added.“We’ve had sleepless nights. I’m worried sick when he goes out now that I’m going to get a phone call. This is with us forever.”
Mr Killinea told the Munster Express he wanted clarity on the case from Mr Flanagan. He referenced comments made by Mr Flanagan and the Mr Varadkar following the incident.
Mr Varadkar had said that the people responsible for the attack would “face the full rigours of the law”.“For a child to go out one evening and then to come home with third-degree acid burns; what’s to stop that from happening again? There has to be a deterrent,” he said.
Mr Killinea said he believed the “turning point” in the investigation came when Gardaí called his son for interview last June.
Guards had arrived to Oisín’s mother’s home with photos of a plastic bottle and items of clothing, and had queried whether he recognised them. He was later brought in for questioning by appointment. “The impression that seemed to be being formed was that this was a prearranged fight,” Mr Killinea said. “That was kind of the impression that we had, they obviously didn’t treat these guys like victims.”He [Oisín] took his right not to say anything, instructed by legal advice.”To date nobody has been charged in relation to the incident.