Under The Munster Microscope: Aisling Moloney 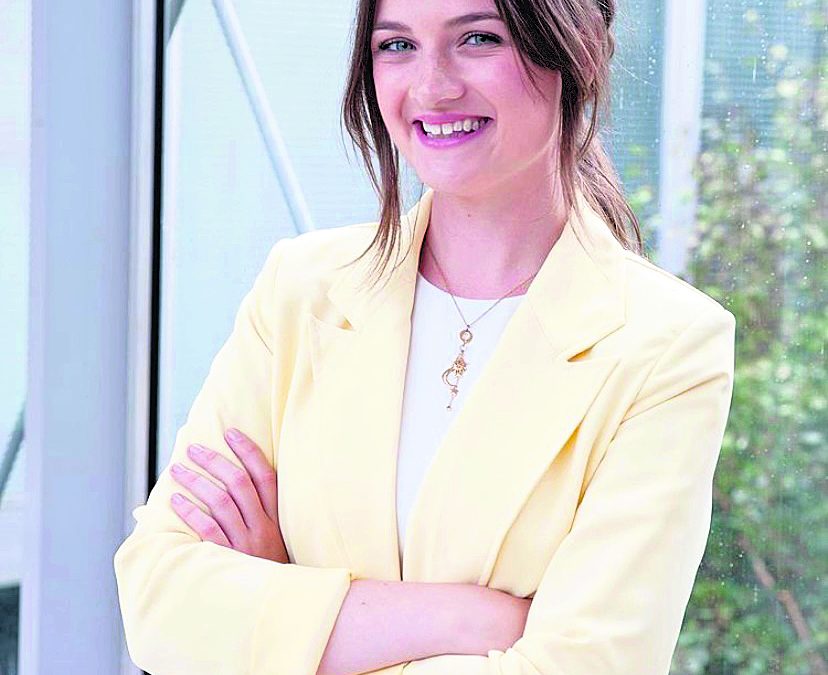 Aisling Moloney is a journalist from Dungarvan, Waterford who is best known for her role as the host of News2Day – a children’s news programme which runs on weekdays on RTÉ2. A graduate of the University of Limerick, a career in the field of TV and radio always called to Aisling, who described herself as an ‘intense’ teenager given her drama and speechwriting background. A lover of all things local, there’s nothing Aisling loves more than a cycle on the Greenway or a visit to Clonea – be that with her parents, or boyfriend Mikey.

A keen traveller, Laos, Cambodia and Vietnam are among the destinations ticked off with Central America on the bucket list, whilst Aisling also spent time working with Metro in London. Wherever Aisling goes, she will be reminded of her roots with her synonymous tag of ‘Pearse Moloney’s daughter’ – her father being renowned for his sports store ‘The Allrounder’. 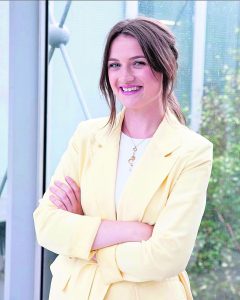 I was such an intense teenager! I always had to know things and I was always so invested. I think a lot of my outgoing nature comes from being involved in drama and theatre and it helped a lot when branching into journalism.

It would have to be my parents. I’m inspired by anyone who works hard in what they do, really. My father has kept his shop going no matter what for so many years and built it up and I find that inspiring. I don’t think my parents ever needed to name me – it’s weird in Dublin not just being called Pearse’s daughter! Hearing of local people and their different experiences of life from my parents actually inspired me to be a journalist.

Before COVID restrictions, I probably would have said a nice cycle on the Greenway and an ice cream at Gordons. Now, I’m like get me to a nightclub! I’m starved of socialising. My ideal weekend would just be a trip somewhere, I love the idea of getting in my car and exploring somewhere that I’ve never been before or even just going home. Going home at the moment is like going on holidays!

What’s your favourite ever piece of art (book, film, song, album) and why?

I love ‘Blue’ by Joni Mitchell and Dolly Parton’s music. Films wouldn’t really do it for me but ‘Legally Blonde’ is my favourite. I’m really into musicals and I’m just addicted to ‘Hamilton’ – it really inspires me. ‘Legally Blonde’ has the best messages ever for young women!

I take great pride in my work, I love working in public service media with RTE but I also really enjoy making people laugh. I just love having the craic and my pride and joy is that I might have some way of making people do that.

I’m very impatient but I also write to-do lists and I don’t know what’s actually wrong with my brain, so I have to do whatever is at the top of the list first. I have to complete it completely. I can’t leave a task half done. It frustrates the life out of me how I compartmentalise things.

Laziness. I hate when I see people making things more difficult for themselves than they actually have to be – but the main one would be people who are not aware of their privilege. Most people are so lucky not to be subjected to comments about their race or sexuality every day. 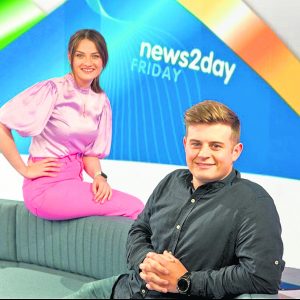 Calm down girl. Relax. I was so driven back then and always wanted to do the best I could but I never relaxed. I was so intense when I went to college and as a teenager and I would just encourage myself to take a breath and tell myself not to put anymore pressure on myself.

I adore the Greenway but I also adore the people and just how passionate we are about our place but I think what I love most about Waterford is that maybe it doesn’t warrant the attention that it deserves – its’ almost a haven of sorts.

I was President of the Comedy Society in UL and I have performed stand-up comedy. I suppose that’s not something that everybody will know!

I’ve been around to loads of schools with RTE as part of my job and it would probably be creating better equality in education. I’ve seen schools 20 minutes from each other where one has loads of resources and the other has very little. I think every child deserves the same chances and opportunities.

I’d probably be a primary school teacher – I love kids and I used to mind them a lot when I was younger, and I just love their innocence and how they see the world and hearing their thoughts. 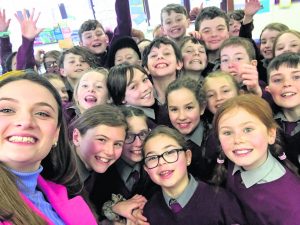 Aisling on the job with kids from Glenbeg N.S in Waterford.

Of course there are regrets but in a working sense I have none, I consider myself really privileged and lucky to be in the position that I am and I always try to see the good in everything and everybody as best I can.

Out of the places that I’ve been, I’d say Vietnam. It’s an amazing country. Right now, I’d love to go to Australia or Canada to see my siblings and their new babies – I haven’t met them yet on account of COVID and can’t wait to get out there.

My time on News2Day will finish in September but hopefully I’ll be continuing to do the things I love and just be back in the swing of everyday normal life and enjoying what I do. I also hope I can hug people again – I’ve really missed that!