All at Sea Parade a real hit 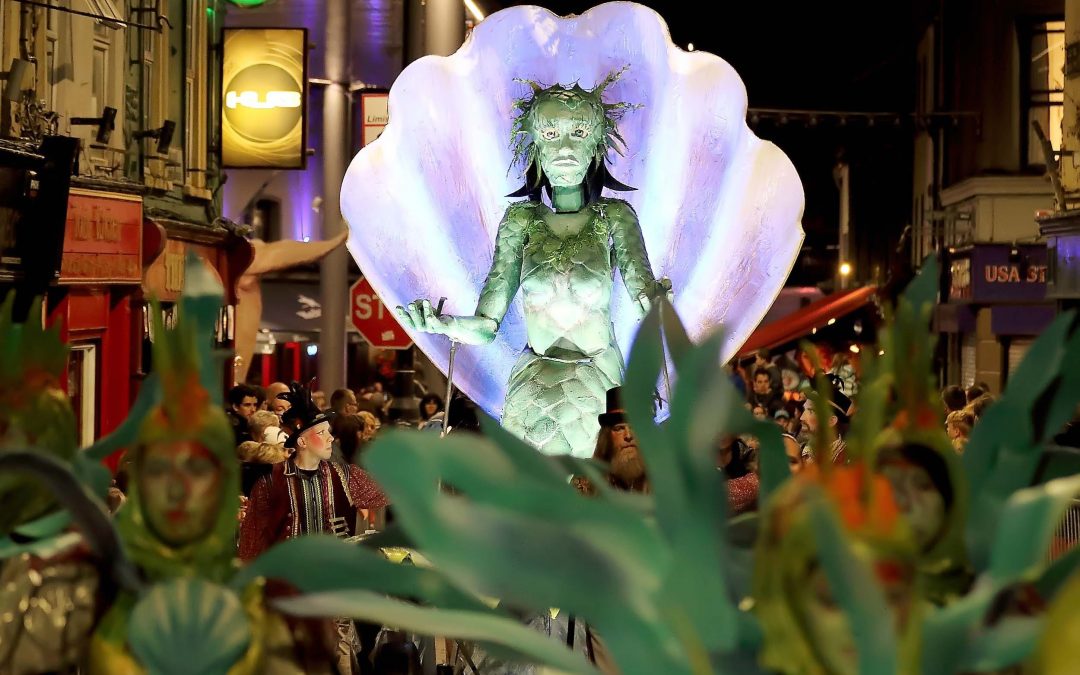 Despite the changeable weather, the Spraoi parade went off really well on Sunday night and crowds turned out in good numbers to see a most captivating spectacle. It had rained heavily up to 8pm, then suddenly it cleared and people dashed into town from around the area. This was topped off afterwards by the usual high standard of Fireworks display on the Quays.We caught a glimpse of the parade on Sunday evening along John St., where there was a happy atmosphere of parents and youngsters cheering on various relatives and friends aboard various floats that had a sea theme. 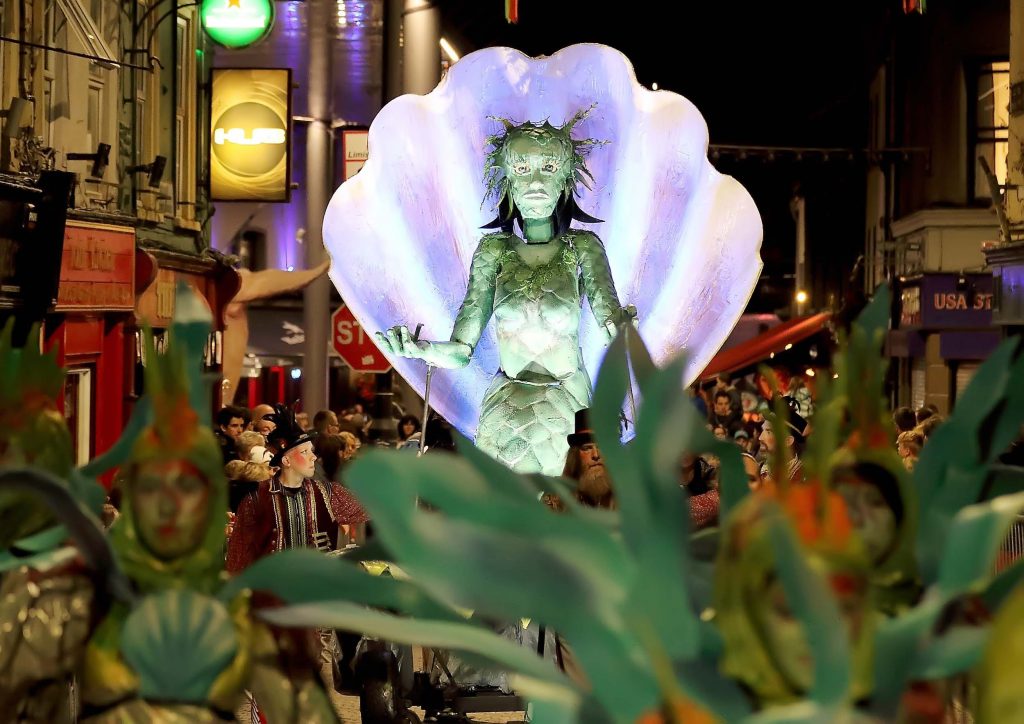 One of the many floats in the ‘All at Sea’ Spraoi Parade. Photos: Noel Browne.

The final float was a yellow submarine with a band playing in front of the float with City of Waterford Brass putting on a great show.They were suited in red, a little like from an old Beatles album as they sang ‘We All Live on a Yellow Submarine’. Ollie Breslin of Waterford Youth Arts was to the fore along with John Mernagh and his crew from the City of Waterford Brass.It was a little psychedelic and was like the 60s Beatles era revisited and a great job was done.Many creative sea marvels were on show to delight the crowds. Earlier an amazing array of sea like creatures passed by John St. led by Director Mike Leahy overseeing the beginning of the parade as they slowly moved over Johnstown bridge.Some dark clothed scary men were first. We saw some old boats broken and mounted on floats, as if a large ship had gone down and been revived.A choir sang on one and then a number of children dressed as sea like creatures ran around.Some of the floats were really elaborate.
The man in a bubble was fantastic. He was aboard a special float. Then there was a big octopus as the sound rang out of another Beatles song “Octopus Garden” as the parade personnel sang away then it was time for another “Happy Together” song.The kids on seahorses pushing little wheels seemed really cool and they got great fun out of it running around the streets. There was a lady upon a big fish float, a man in a box of water with a lever moving him up and down from behind to make him appear like an old diver in what was a fantastic creation.As expected, we saw a lady as a mermaid.
We have to compliment the creativity and elaborate work put into the floats. Spraoi’s artistic team excelled themselves this year.Over Friday, Saturday and Sunday, bands and artists were all over the streets of Waterford.Acrobats, musicians, theatrical people, brass bands, rock and roll was going on all over town.Tullys had a stage outside and had a full programme, John Roberts Square attracted large crowds on Saturday afternoon and Sunday until the weather turned sour later in the day. Some events had to be cancelled with heavy rain but nearly all went ahead.There was a great buzz around John Roberts Square as crowds saw various acts from brass to jazz and rock.The Mall was not as busy but still had some very good acts.
We caught a great show on the Saturday in Cathedral Square with Morbid and Sons doing a pop-up funeral show.Dressed in Victorian style outfits it was a brilliant show. There was a local group too, “Curious State” from Waterford. They played music, told stories and got audience participation with kids dancing behind the undertakers at the end of the show.Well done Nicholas and Ciara Kavanagh, Kate Powell, Cilian Jacob and Killian Browne.Over on Hanover St. Calmast from WIT had a good crowd of kids showing interest in science.The WAMA drummers were in action around the town again and the Tamarros from Italy put on a good brass craic on John Roberts Square.African drummers also made an appearance with members from Gabon and Ghana. Rebel Brass did a good job again from Cork as did our own Barrack St. band.
Sanofi Spraoi Orchestra were out again and the American old style drum band were something different as they reflected 18th century America in Waterford, but came from Massachusetts.New York Brass were back again and also did ATN in Portlaw.Loads of local bands played all over the city in various bars and stages.Well done to all involved in making a continued success of Spraoi which is now in its 27th year.