Home » Uncategorized » Arrest made after motorised ‘contraption’ stopped by Gardaí

Arrest made after motorised ‘contraption’ stopped by Gardaí

Eoghan Dalton Reports
In a sight more likely to be seen on the pages of Waterford Whispers News, Gardaí came upon a cyclist who had attached a petrol engine to their bike last week. The unlikely motorist was discovered in the city environs and is alleged to have been traveling at a high speed with no lighting or headgear.
Gardaí discovered the modification after stopping the cyclist who also had no driving license or insurance.The inventive cyclist was arrested on suspicion of dangerous driving and on suspicion of drink driving. 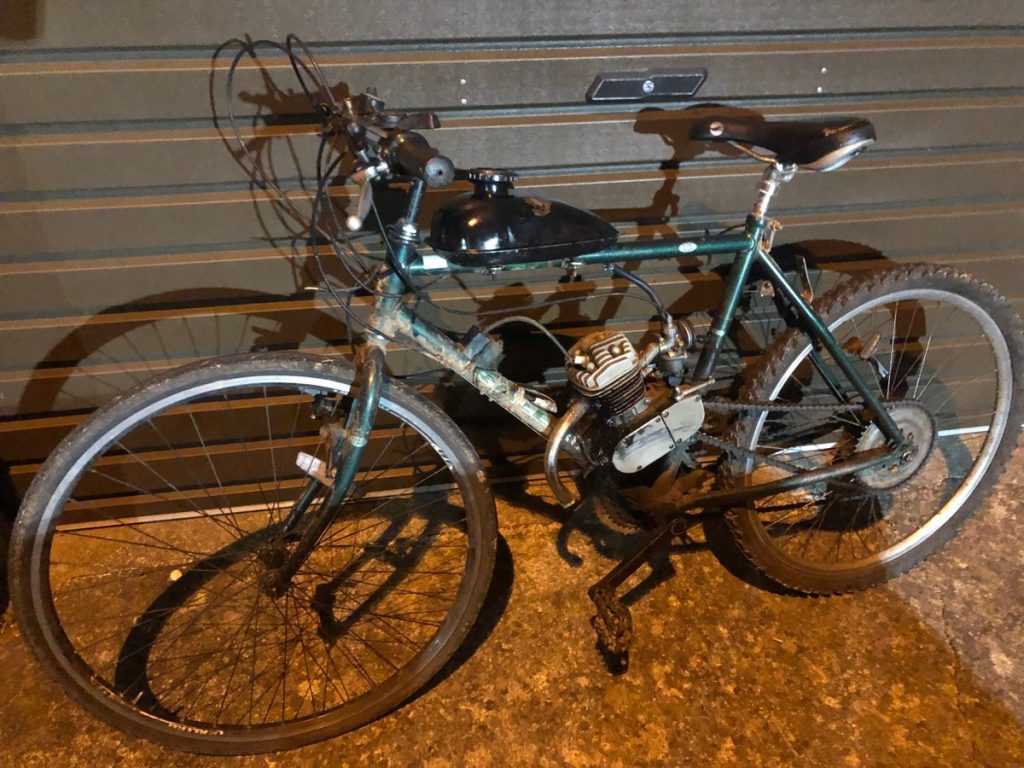 The ‘contraption’, with petrol engine attached, operated by a cyclist in Waterford city. The owner was described by Gardaí as traveling at a high speed and was arrested on suspicious of dangerous driving and drink driving.

The incident was posted on Twitter by the Garda Press Office, which said the “contraption” had been “traveling at a high speed with no light/helmet”. “When stopped it was discovered that a petrol engine was attached to the bicycle,” it added.