Home » All Front Page News » Back in the fold

Back in the fold 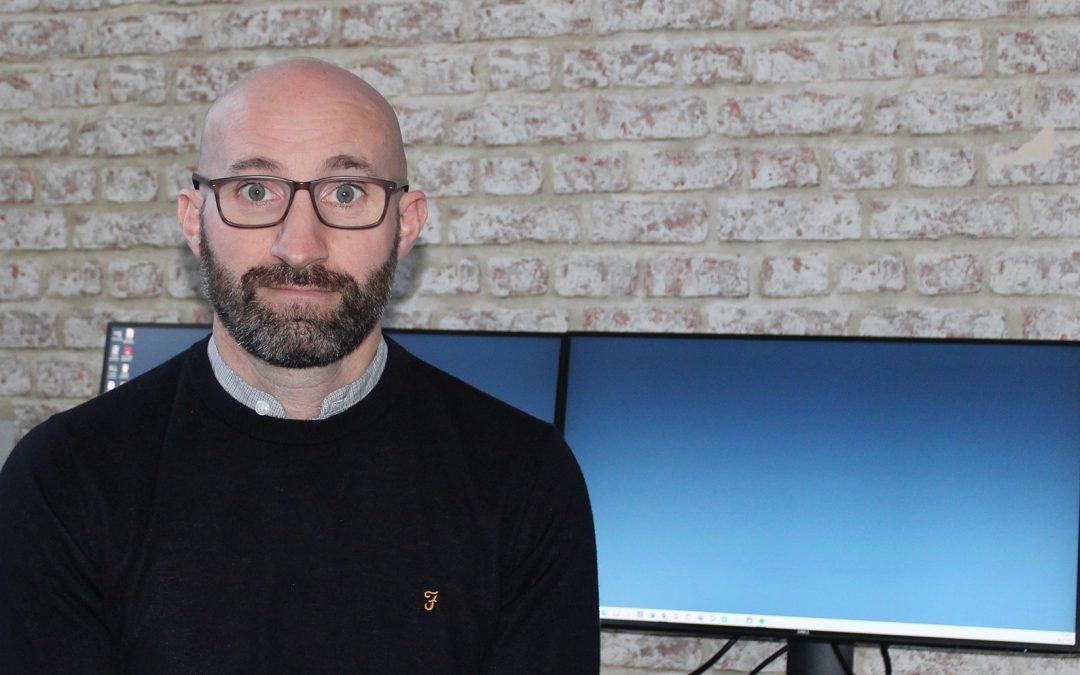 Thirty years after starting out in journalism, and following a few career detours along the way, Jamie O’Keeffe is returning to the Munster Express as Editor.

Taking up the role of Editor this Wednesday (11 January), Jamie O’Keeffe worked as a journalist with the Munster Express from 2000 to 2011.

From a farming background in Butlerstown, County Waterford, he started out as a trainee reporter with the Dungarvan Observer 30 years ago next month.

Thrown in at the deep end, Jamie did “a bit of everything” for the Observer over the next seven years and, also mentored by the late John A Murphy, genial West Waterford correspondent for the Examiner, “it was a brilliant grounding to get.”

In February 2000, he joined the Munster. Over an 11-year period, as well as a reporter, Jamie was also deputy news editor to John O’Connor (“who I owe a lot to”) and doubled as sports editor for three years before deciding to pursue his own publishing venture.

“It was just an itch I had to scratch,” he says of the short-lived Tramore Hinterland.

Taking up a role as production editor with Waterford-based US publisher International Living, like a lot of journalists since the downturn, Jamie – who lives in Tramore with his wife, Gwen and their daughter, Ellie – accepted an opportunity to work in politics. He spent seven years as parliamentary assistant to former Fine Gael TD John Deasy up to the 2020 general election.

“I think having worked in politics will make me more impartial as a journalist, not less. The only way to prove my objectivity is to be unquestionably balanced, and I will be,” he says.

Delighted to now have the chance to attend to “unfinished business” with the Munster, he says: “I’m really looking forward to it. Sure, it’s a big challenge, but I have lots of ideas, and want to get other people’s too, and hopefully as a team we can make some positive changes over the next while.”

As well as writing for and editing the paper in collaboration with Sports Editor Catherine Power and the Munster’s range of contributors, from next week Jamie will begin a new sports column, having previously penned one for 10 years.

Having undergone widespread rationalisation since 2008, the newspaper industry is vastly different now since he started out, he concedes. “Many regional titles haven’t survived and the future for the sector is uncertain. It’s easy to be critical but everyone who has been here since I left has worked wonders to keep the Munster going through a prolonged recession and then the pandemic.”

As for those who will ask: what hope is there for print media in the hyperdigital age? “That outlook is understandable, though not new,” Jamie says, recalling how the Munster was one of the first papers in Ireland to embrace the internet, launching itself onto the worldwide web way back in 1995.

Yet more than a quarter-century on, despite vast investment to divert readers and advertisers away from print, “most newspapers are still struggling to make a profit from online,” he notes. “The financial problems major social media and media-tech companies are now experiencing shows there is no sure-fire silver bullet. Online, ‘engagement’ does not necessarily equate to income.

“The reality is that very few ‘digital natives’ will ever buy a physical copy of anything. It is alien to them. But there is still a large middle-aged and older cohort out there – an existing and untapped readership, traditional ‘page turners’ – that wants to be catered for.”

Jamie adds: “It’s about serving people’s interests, convincing them to stay curious, and ultimately to buy a copy of your newspaper each week. Advertisers ultimately want to reach an audience who will spend money. It’s tempting to try to be all things to all people, which is mission impossible. You need to be realistic about resources and competing with big companies capable of generating round-the-clock content. But there must be a tipping point where people switch off. Often, less can be more.

“A local paper especially should have its own personality – that’s what I want us to bring out.”