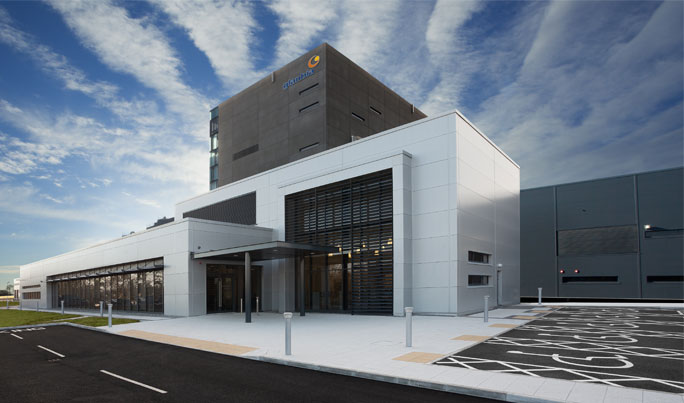 The High Court has upheld the decision of An Bord Pleanála by granting planning permission to Glanbia for the construction of a cheese manufacturing plant in Belview, Co Kilkenny – near the port of Waterford. The decision was reached on Tuesday afternoon last.

An Taisce had lodged an appeal against the development of a €140m facility with seven-year planning permission. The project is a joint venture between the renowned Dutch dairy processor Royal A-ware, and Glanbia, who are set to supply the milk.

A challenge to the development was made by An Taisce last November on several grounds, citing that the environmental impact of the agricultural activity arising from the production of the estimated 450 million litres of milk per year needed to supply the plant should have been assessed by An Bord Pleanála.

An Taisce are of the belief that the impact from the resulting ammonia and greenhouse gas emissions will lead to the likely deterioration of water quality.

An Taisce says it is now considering the High Court’s judgement in respect of the matter and will “determine if there are grounds that warrant an application for leave to appeal to the Court of Appeal or for an application to the Supreme Court”.

Farm organisations, local councillors and local farmers have welcomed the result of the judicial review.

Mayor of Waterford Cllr. Damien Geoghegan and Cllr. Pat Nugent, both of Fine Gael were among those to welcome the news, while Cllr. Declan Clune (Independent) noted that common sense had prevailed on social media. Labour Party Councillor John Pratt also described the judicial result as great news.

Glanbia welcomed the news in a statement.

“Glanbia welcomes the decision of the High Court to uphold the decision of An Bord Pleanála to grant planning permission for its new continental cheese processing plant at Belview.  The new plant, which is to be developed under a joint venture agreement with our Dutch partner Royal A-Ware, is a vital Brexit diversification measure and is important for rural Ireland and for Ireland’s dairy sector as a whole.”

The process could be delayed for another twelve months, should An Taisce appeal the decision to the Supreme Court.