BELVIEW IS BRACED FOR BREXIT

The Port of Waterford (Belview Port) is bracing itself for the potential impact that a hard Brexit could provide to its two-way supply flow, according to its Chief Executive Frank Ronan. Speaking in advance of Irish Ferries’ announcing the likely withdrawal of its French ferry connection from Rosslare, Mr Ronan said that Brexit could potentially “undermine the efficiency gains we’ve all made in the last many years in the full supply chain in terms of product coming in and product going out.”
He told The Munster Express: “The supply chain has become very, very efficient and now, due to Brexit, there’s a threat to it, which may well leave us having to do things differently – but we’ll find a way to do what needs to be done There’s capacity in both Waterford and Rosslare to take some of the strain off places where things might have to be done a little bit differently. The Central UK has traditionally been used as a ‘warehouse’ for Ireland – you’re talking about product that’s stored there and sent into Ireland on an adjustment time basis, now that’s not going to go entirely away but maybe that might reduce, and if that proves the case, things will have to reorganise and we’ll find a balance.” 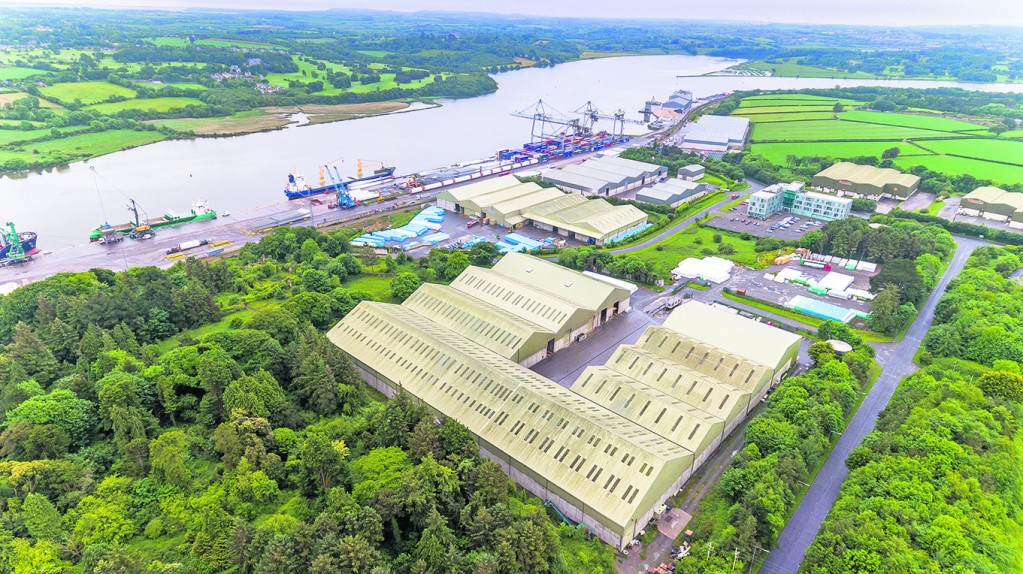 A recent economic impact study commissioned by the Port of Waterford shows that the Belview Industrial Zone (surrounding and including the port) now supports 632 full-time jobs directly and a further 348 indirectly - a total of 980.

Mr Ronan added: “But what won’t find a balance is the economic damage that will be done if we don’t handle this situation correctly, in an overall context. The UK is a huge trading partner of ours. It’s not in Ireland’s interest to see the UK suffer and if their ability to buy goods and services is compromised, that won’t be good news for our economy. And that’s where the real challenge lies.”
As for the direct impact that Brexit would have on Belview itself, Frank Ronan stated: “We probably think with all the noise around it (Brexit) and all the challenges that may be posed in relation to the UK landbridge and so on, in addition to Dublin Port and other ports being so busy that maybe this could be our time. But the realisation has hit home, and we’ve always understood that we have to be very modest about such matters as we alone can’t make that happen, Central Government realises that we can’t make it happen, and a lot of stakeholders realise that too. It’s really down to shippers.”
Mr Ronan continued: “If and when shippers see a commercial opportunity, they will come and do something, but it’s only when they identify that opportunity that those particular wheels will get rolling – or if something else fundamentally changes in terms of the status quo. And Brexit could potentially provide just such a change to the status quo and that might serve to drive something else here too. Necessity is what will drive any such change, and that’s where we’re at right now.”
Brexit, Mr Ronan contends, is “distracting from the more significant conversation we need to have around carbon and climate change and I can’t wait until we move on from Brexit and start dealing with this issue. We have issues to address when it comes to road transport and freight transport (which we reported on in last week’s edition) and ports need to look at how best to maximise the capabilities of both, and, on our case, it’s something we’re acutely aware of making the optimum use of.”
The recently published Port of Waterford economic impact study revealed that the Belview Industrial Zone (which accounts for almost 410 acres surrounding and including the port) currently supports 632 full-time jobs directly, in addition to a further 348 (a total of 980).
During 2017, the Belview zone generated a direct turnover of €388 million “and a further €555m through its multiplier effect in the wider economy”, which provides an overall impact of €942.4m. Meanwhile, the value of goods being shipped through Belview, according to the report compiled by Raymond Burke Consulting, is now estimated at €1.7 billion. Its semi-rural setting, just outside Waterford city and a short drive from New Ross, partly conceals the zone’s significance as an economic driver, a point this newspaper put to Frank Ronan.
He replied: “We’re not here to pat ourselves on the back too much, to be honest. The Port certainly has a role to play in communicating, at some level, what’s going on here, which is why we did the economic study for instance, and why we ‘go out’, so to speak, a few times a year into the media in terms of detailing what’s going on in the area. But you can overplay that side of things too, and if people see too much of you, that coin can flip pretty quickly. But I do feel we play our part in keeping the public informed about our level of activity and our website (www.portofwaterford.com) provides us with a very useful and informative means of transmitting such messages. It’s part of what we do.”