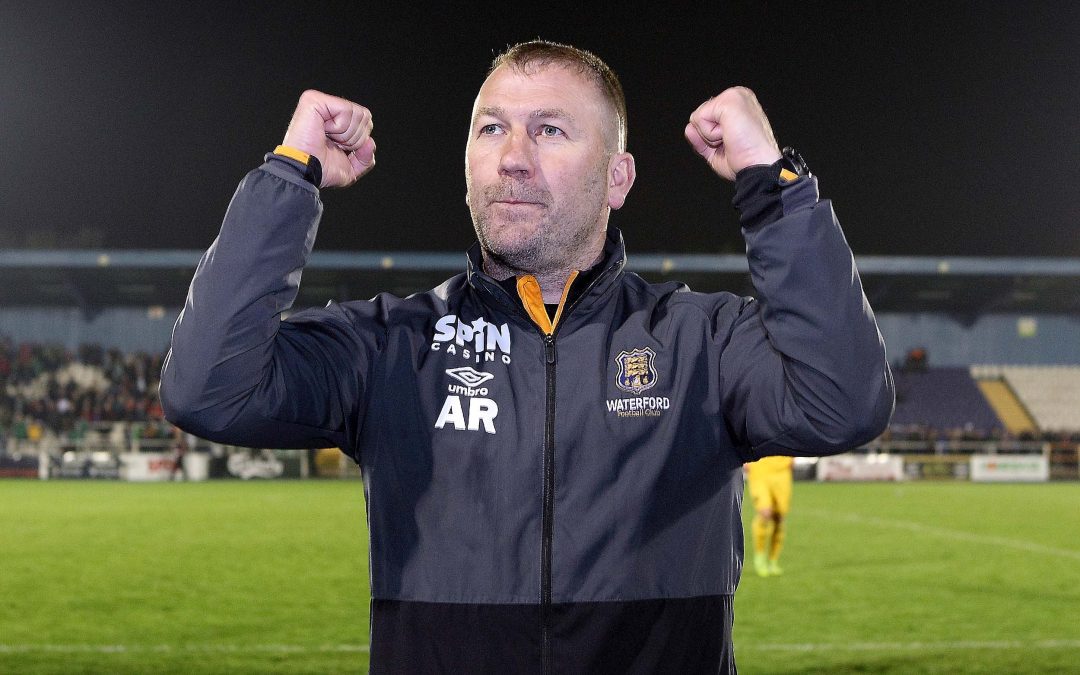 Waterford FC intend to appeal the decision made by UEFA not to grant them a license to play in the qualifying rounds of next season’s Europa League. In a statement released last Friday Blues owner and Chairman Lee Power expressed his deep shock at the news express and directed criticism at the FAI for their role in the process.
“We feel we have been totally misled by the FAI and were given assurances throughout this five-month process by them that the licence would be granted. We also had club visits by UEFA Delegates during this period of which no issues were raised.” 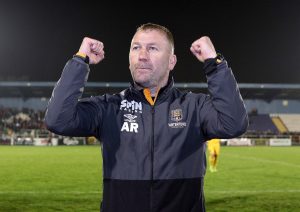 As a club, we entered into substantial commercial agreements and invested heavily again into the team and also budgeted for the qualification money due in November. This will now have a serious financial impact on the club going forward.The circumstances to which this decision has been made and the events over the last week are unclear and dubious, bearing in mind representations made to us and assurances given.
We will be asking for a full investigation into the FAI handling of this matter.Power confirmed the club would appeal the decision “I have instructed my UK Lawyers to lodge an immediate appeal with UEFA and will pursue any legal avenue we have with regards to compensation and/or any wrong doing against a number of parties.“Finally, I must mention the people who matter the most – The Supporters – who have supported this club through thick and thin and have been badly let down by the people in Ireland governing this process.
It emerged last week that St Patrick’s Athletic, who had finished one place behind Waterford FC in the 2018 Premier League campaign, wrote to Rea Walshe, acting Chief Executive of the FAI, arguing that Waterford FC are not eligible for a UEFA club license.St Patrick’s Athletic based their argument on the fact Power Grade Ltd, the company that runs Waterford FC, was set up in December 2016, meaning that the club does not comply with Article 12 of UEFA’s Club Licensing and Financial Fair Play Regulations that “the membership and the contractual relationship (if any) must have lasted- at the start of the license season- for at least three consecutive years.”
St Patrick’s Athletic also suggested that there are debts still owed by the former Waterford United. Last year, former manager Roddy Collins was awarded €13,000 in an unfair dismissals case when he claimed he was sacked by the then titled Waterford United near the end of the 2016 season, when he still had a year remaining on his contract. The FAI released a statement last Thursday informing Waterford FC they had been denied a license. “The FAI can confirm it has received notification from UEFA’s Licensing Department that Waterford FC’s exception request has been rejected on the non-fulfilment of the three-year rule as defined in the UEFA Club Licensing and Financial Fair Play Regulations. Waterford FC may not apply for a UEFA licence for the UEFA Club Competitions for the season 2019/20.”
Speaking after Waterford’s win over Cork City on Friday night Blues manager Alan Reynolds expressed his deep disappointment and frustration. “We set out a budget for the season based on the European money and it has been taken away from us. We had people looking at our ground some time ago and fixtures were moved around to work around our European venture. Quite simply it’s just not good enough. The players were brought in for this and they are hurt, very hurt. It’s gut wrenching, it really is. We have been through a lot here in Waterford down through the years and especially during the recession. People always try to knock us down but we always fight back because that is the kind of people we are.