Home » All Front Page News » BuskAid raises over €5,000 for homeless in waterford

BuskAid raises over €5,000 for homeless in waterford 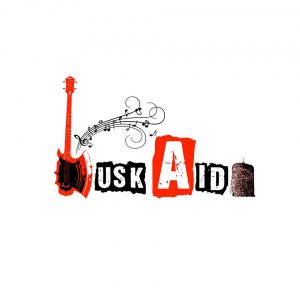 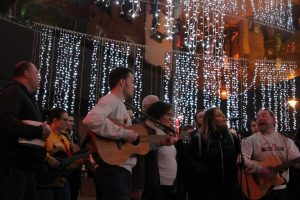 Tinteán Housing Association provide accommodation with support to women and families experiencing homelessness in Waterford City and County. The donations they receive from the public go towards improving their facilities and bringing in out-of-house services.
Each year, the Waterford Lion’s Club, in coordination with St. Vincent de Paul provides a vital service helping struggling families by providing them with hampers to ease the financial burden that Christmas presents. Last year, Waterford Lions Club helped over 1200 families and with homelessness figures rising, they expect to be helping over 1400 this year. BuskAid are proud to be contributing in some way to this campaign. 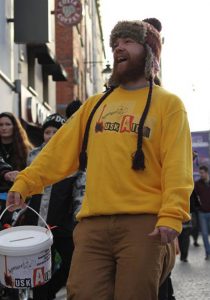 Collecting as part of BuskAid in aid of Tintean Housing Association

Tadhg Williams added: “We wanted to make sure any money we raise stays local. These are two very worthy and very effective local charities and we’re more than happy to be helping in any way we can.”
Events on December 23rd concluded under the Apple Market roof in Waterford City would a big group busk. Speaking afterwards, BuskAid volunteer coordinator and co-founder Anna Jordan said described the day as “immense”.
“Just to see a sea of yellow BuskAid jumpers wash over the Apple Market and to have so many incredible musicians in the one space all contributing to the one thing was amazing. It was fairytale stuff,” she said.
BuskAid would like to thank all of our sponsors and everyone in the media who helped promote the events we held for BuskAid 2017. Most of all, we’d like to thank each and every busker and volunteer that took part. Without them we wouldn’t have had the success we had. We’d also like to thank the people of Waterford for being so generous at this time of year.