Kieran Foley reports
CAMPAIGNERS seeking 24/7 cardiac care for Waterford and the South-East are of the opinion that Waterford is being “deliberately discriminated against” in order to maintain patient numbers at hospitals in Dublin and Cork. 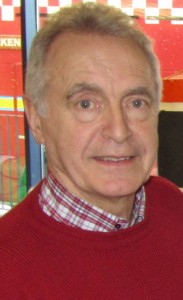 Willie Doyle of the ‘24/7 Cardiac Care for Waterford and the South East’ group said that campaigners have reason to believe that the delay in obtaining the service is due to such “underlying” factors.
“Dublin and Cork will need to maintain their numbers in order to keep those cardiac units operating as they currently are,” he said.
“If patients were to be treated in Waterford, it could result in a drop in the numbers being treated in Dublin and Cork.”
Mr Doyle and fellow campaigners said Waterford and the South-East are being “deliberately discriminated against” and called for equality for all citizens of the country.
“We’re not looking for a crock of gold at the end of the rainbow. We’re looking for equality for all the people in this region. We can’t be discriminated against at the expense of Dublin and Cork,” he said.
“We can’t be pushed aside. We’re paying the same taxes as everyone else. The HSE seem to have prioratised Dublin and Cork and we in the South-East can’t take anymore discrimination. We feel that Waterford is not viewed as a priority. We can’t allow the HSE to maintain Dublin and Cork at Waterford’s expense.”
Mr Doyle said the ‘24/7 Cardiac Care for Waterford and the South-East’ group support Waterford Ambulance Service members who have expressed concerns over “burn out”.
He highlighted the case of a woman who had to wait an hour on O’Connell Street for an ambulance – a case which the ambulance service says should never have been allowed to happen.
“If this was a person who had suffered a heart attack, they would have seriously deteriorated while waiting for that ambulance,” said Mr Doyle.
Meanwhile, Deputy Mary Butler used her maiden speech in the Dail last week to highlight the importance of 24/7 cardiac care for Waterford and the South-East.
“One area which I believe needs serious reform and attention is our health service,” she said.
“Ceann Comhairle, we still have a situation in Waterford where cardiac care services are time sensitive. Cardiology cover at University Hospital Waterford is limited to between 8.30am and 5.30pm, Monday to Friday. We cannot put time restrictions on the emergency heart issues that people in Waterford might have.”
She continued: “I don’t believe that we are serving people best by telling them they face being put in an ambulance to Cork or Dublin if there emergency falls outside of those times. In short – it’s time for 24/7 cardiac cover in Waterford. It was a firm commitment of mine to the people of Waterford and it will be delivered by Fianna Fáil.”