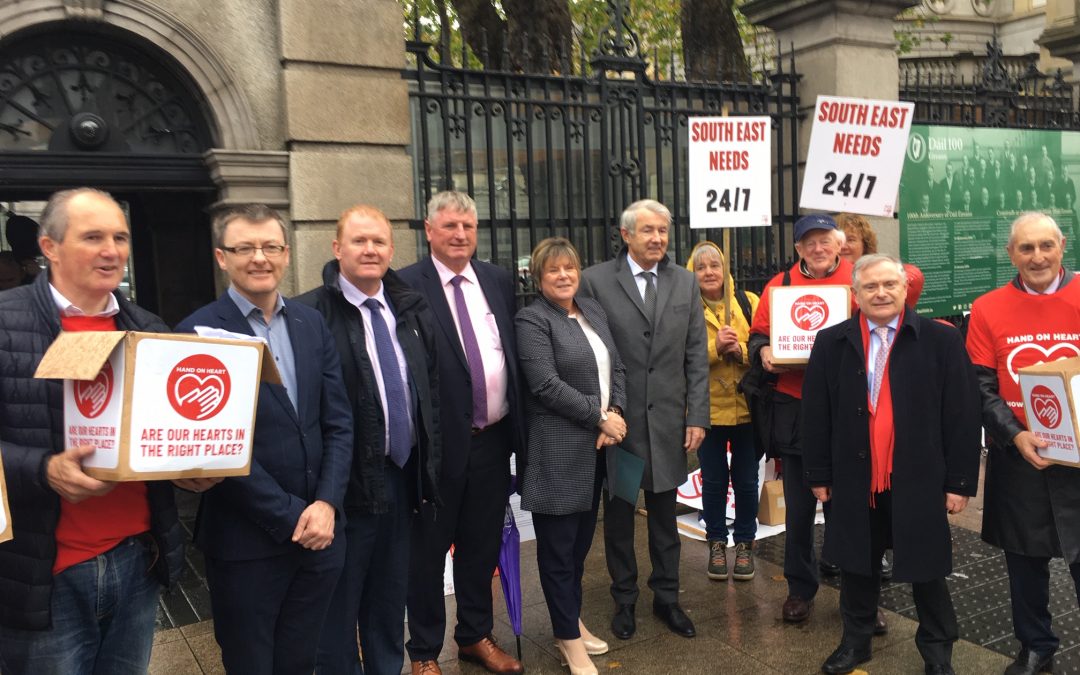 Supporters of HEFSE (Health Equality For the South East) travelled to Dublin Thursday 28th November to officially hand over to Taoiseach Varadkar’s office more than 5,000 signed declarations taken up in previous months’ Hand On Heart activity. These declarations were signed at various on-street events and festivals as part of a campaign calling on the Fine Gael led government to immediately commit to delivering a 24/7 cardiac care service for the South-East. 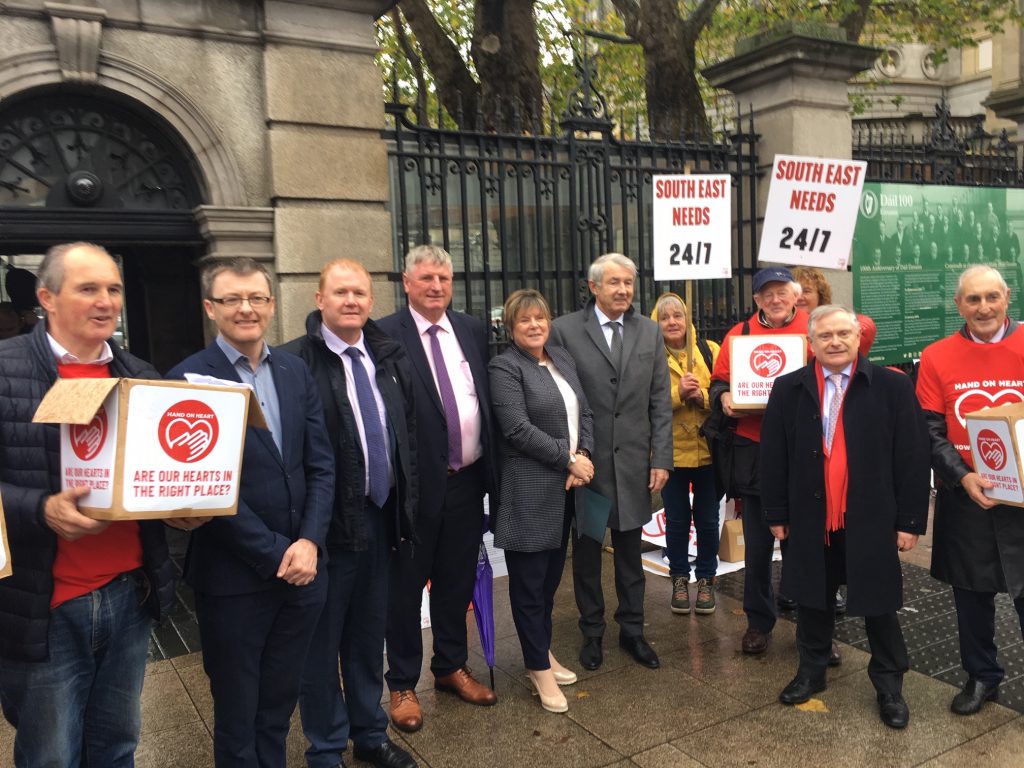 Campaigners and political representatives pictured outside the gates of Leinster House.

Oireachtas Members including TDs from Waterford, Wexford, Kilkenny, Carlow and Tipperary stood outside the Dail on Thursday along with HEFSE supporters and family members of the late Dublin born Una McDermott who died attempting to access cardiac care at UHW in 2018 when the cardiac cath lab was closed.
This show of South-East solidarity preceded the handover of five boxes of communications to the Taoiseach’s private secretary Nick Reddy on behalf of the Hand on Heart campaign.
Speaking after the event HEFSE PRO Matt Shanahan described the demo as “very positive where we executed delivery of a Hand On Heart promise given to so many who signed voting declarations in past months across the region”.He continued: “The success of this hard work can be measured by the show of South-East Oireachtas members support outside the Dail as well as the visual acceptance of the communications by the Taoiseach‘s private secretary and the national television coverage the activity is to receive on mainstream news and TV channels.”
He says supporters of the Hand On Heart campaign are continuing to apply pressure to the question of inadequate South-East hospital and cardiac care and among other activity will soon announce a regional schools CPR video competition supported by Irish Heart and a major global healthcare sponsor.
“Our ongoing HEFSE activity is designed to ensure South East Healthcare issues and the delivery of 24/7 cardiac care at UHW remain at the top of the political agenda for Government over coming months,” Cllr Shanahan said.