LOCALS are being urged to take to the streets this Saturday to demand greater cardiac services at University Hospital Waterford (UHW). A protest against the ongoing lack of 24/7 cardiac care will start from The Glen, Waterford at 2pm and travel down Bridge Street, onto The Quay and finish at John Roberts Square.
Cardiac Campaign groups HEFSE, 24/7 Cardiac Care for the South East and the South East Patient Advocacy Group (SEPAG) together with Waterford Council of Trade Unions are calling on all citizens in Waterford and the South-East to once again put their “Feet on the Street”. 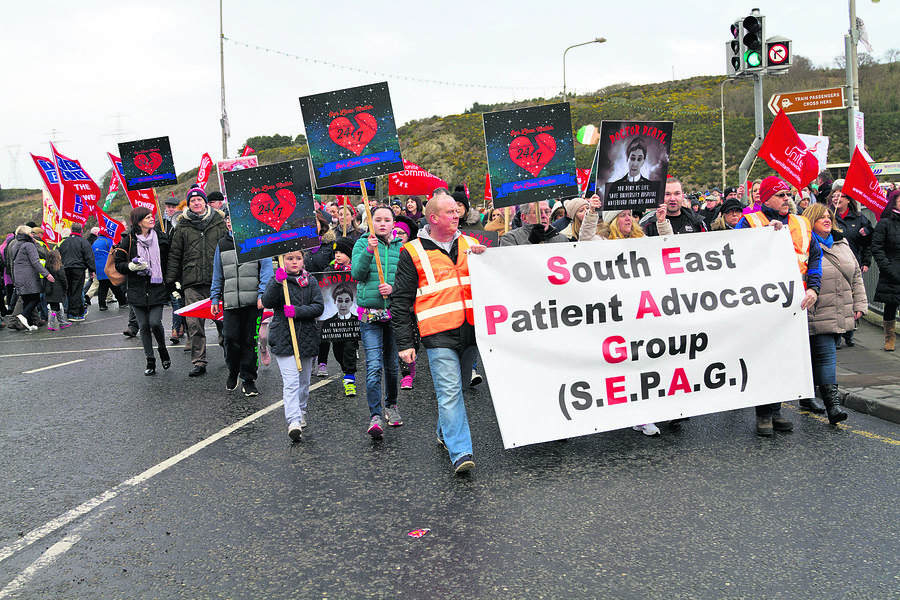 Participants are asked to assemble in The Glen from 1.45pm.“We are asking for your support on January 19th to make Government hear our call!” said organisers.“Discrimination continues for those accessing cardiac health services in the South East region. In six years and two Government administrations nothing has changed beyond delivery of an additional Cath Lab to Dublin to bring their total to 21 units while the South-East region continues to suffer with single lab access and 39 hours per week service. ”Plans are also afoot to stage another protest in Dublin in the coming months