Carrick-on-Suir Motor Club will host the Willie Loughman Memorial Forest Rally this Saturday, February 3rd.
The event is the first round of both The Valvoline Irish Forestry Rally Championship and the Suirway Group South East Stages Rally Championship.

The event is based in the forests of Faugheen, Anner, Clondonell and Gurteen and starts at 11 am.
The special feature of the rally is that the last three stages will be run in the dark which should provide a challenge for the crews and a spectacle for the spectators. 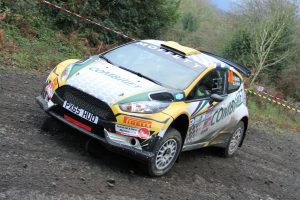 Rally HQ is based at The Carraig Hotel on Main Street in Carrick-on-Suir while the service park is situated at The Mill River Business Park. The entry list is filling up very fast and is in excess of 60 so far with a fairly big contingent from the Carrick club all the front runners in the Championship will be taking part. The Clerk of the Course for the event is James Coleman.