City Funding Announcement Due Within Weeks

The Government’s long-awaited capital funding announcement for the North Quays/Michael Street project will be made ‘in the coming weeks’ according to Fine Gael Senator Paudie Coffey.
Speaking on Monday morning, Senator Coffey stated: “I look forward to a substantial Government funding announcement in the coming weeks that will kick-start the regeneration of our ancient port to provide critical enabling infrastructure that will connect the North Quays to Waterford’s historic city-centre.”
Regarding the project, Senator Coffey added: “We cannot underestimate the significance of this milestone for Waterford city and county and the wider South East region. These developments pave the way for progress towards a detailed planning application that I hope will engage the public and unveil an ambitious and transformative development that will, I believe, be the catalyst for Waterford city to restate itself confidently for generations to come. 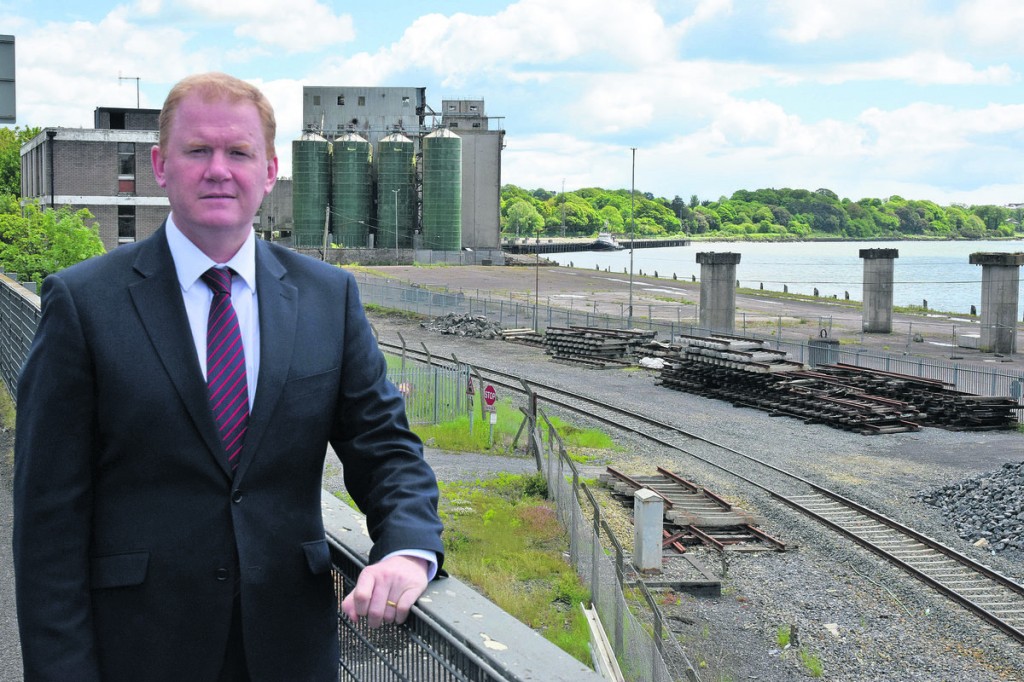 Senator Paudie Coffey pictured at the North Quay prior to the demolition works which cleared the site.

On Friday last, Waterford City & County Council confirmed an agreement has been signed with the Middle East-owned Falcon Real Estate Developers Ltd to redevelop the North Quays and Michael Street.The redevelopment of the North Quay will include a shopping centre, office space, a hotel, and other commercial facilities, totalling over 90,000 square metres.
Said Senator Coffey: “I firmly believe Waterford’s time has come and that we are on the cusp of great historical and transformative change in our city which can only be for the better. A mixed development of high-quality retail, office space, public realm, marina and housing on the North Quays, for so long a visceral, derelict reminder of stagnation in Waterford, is the stimulus the city has been waiting for.
“I have been privileged to play my part in bringing this fantastic project to the stage – now we just need to see the final stages coming together and to witness the physical manifestation of a new Waterford city emerge before our eyes that will sustain our population and region for generations to come.”Fellow TD Mary Butler (FF) urged the Government to commit to the €104.5 million which has been requested by the relevant local authorities to drive the project forward. “I am led to believe that a formal launch of the North Quay’s project will occur later this month,” she said.
“The €300 million investment from the (investor) needs to be matched by a Government investment of €104 million. This is crucial to allowing this project to progress.
“I want to congratulate the Council officials, and in particular the CEO Michael Walsh, for their vision and foresight in pushing this project. The investors also need our thanks.”
Deputy Butler concluded: “The next vital step is the delivery of the necessary funding, approximately €104 million, from the Government to allow this project drive on.”
Said Waterford Chamber Chief Executive Gerald Hurley: This is fantastic news for Waterford and perfect timing, as we can be clear in our message to Tánaiste Simon Coveney and IDA Chairman Frank Ryan at our Annual Dinner this coming Friday that Waterford has a vision as the capital city of the region and that this development is the catalyst for change.”