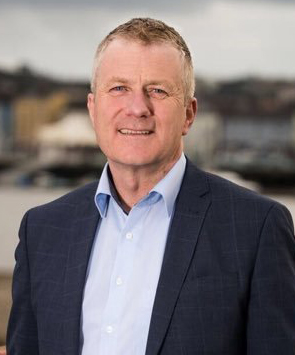 Eoghan Dalton Reports
Voters are well used to politicians making bold statements at election time, but one Fianna Fáil Councillor’s claim to have the backing of local media has upset some of his opponents.
Cllr Eddie Mulligan made the claim in an election leaflet that has been handed into households around the City East ward. 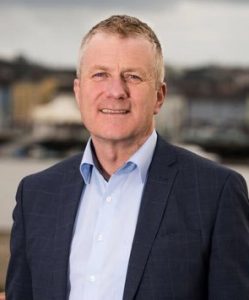 In it he singled out Government TDs John Halligan (Ind) and John Deasy (FG) for critics, claiming: “Supported by the local media, Eddie provides a rational and honest voice for those he represents, on issues such as homelessness and housing.”He has been asked to clarify the comments by other candidates in the area including by a party colleague. Michael Doyle (SF), a first-time candidate for May’s Local Elections, said it was a “bizarre statement” to make. “With under seven weeks to go until the local elections in Waterford where every sitting Councillor and candidate standing for every party and none would be demanding fairness of coverage from local media in Waterford and beyond, I believe Cllr Mulligan should clarify this statement which he has made and ensure that he is not compromising a major local media outlet at such a crucial time for local politics.
“I have always found local media in Waterford to be open, embracing and interested in hearing opinions of all political views and being at all times balanced.“I would hope that this will continue to be the case and Cllr Mulligan can clarify his comments thus ensuring we can all look forward to engaging with local media on a balanced and fair standing during the local election campaign and into the future.”Newspaper outlets can endorse candidates but no outlet has endorsed Cllr Mulligan, who is also the Fianna Fáil’s Dáil candidate. Michael Doyle said he could only assume that no outlet had been consulted by Cllr Mulligan ahead of him printing the leaflets.
Waterford Green Party chairman Marc Ó Cathasaigh, who is himself standing for election in Tramore and City West,‏ said the statement suffered from being “inaccurate as opposed to inappropriate”. He added: “I have a lot of respect for Cllr Mulligan but I think he phrased it badly.” Cllr Mulligan’s party colleague, Cllr Adam Wyse said there is an onus on the parties involved to clear up what the statement in the leaflet meant. Cllr Wyse said Waterford is “lucky to have an independent media”, though he added that statements claiming support can lead to “confusion if they happen more than once”. However he added that “it’s a decision for Cllr Mulligan [on] whether he wants to clarify it or not”.
Speaking to the Munster Express, Cllr Mulligan responded directly to Michael Doyle’s comments. He said: “Mr Doyle’s accusation is as ridiculous as it is offensive. Not only to me, but also to all of the local media who have given independent coverage to my work over the last five years, as an elected representative. “I would suggest that Mr Doyle should think about putting in some hard work himself in the next seven weeks instead of resorting to these type of tactics.”Cllr Mulligan did not respond to the comments from Cllr Wyse or Mr Ó Cathasaigh.
Sitting Sinn Féin Councillor for City East, Pat Fitzgerald said he thinks some Councillors tend to focus too much on media work and not enough on work in their local areas.
He continued: “Some [media outlets] would lean towards Fianna Fáil and some would lean towards Fine Gael. I’ve gotten a fair crack off the media over the years but [the statement in the election leaflet is] not something I would have said. Though, really, paper won’t refuse ink.”