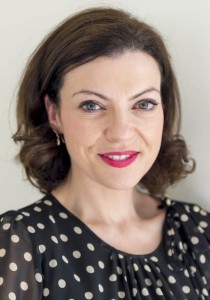 A WATERFORD journalist is to join ITV’s ‘Good Morning Britain’ as the programme’s new Political Correspondent.
On Monday, ITV announced that Clodagh Higginson (née Hartley) will join their high profile team as the new Political Correspondent.
Clodagh, from Grantstown, Waterford, is daughter of John and Kathleen Hartley.
She attended St Angela’s Secondary School and studied Journalism at University of South Wales.
She was Whitehall Editor of The Sun for five years, having joined The Sun as a general news reporter in 2000, working in various roles with the paper such as Los Angeles Correspondent, Consumer Affairs Editor, Home Affairs Correspondent, Acting Business Editor and Political Correspondent.
She has an impressive history of breaking exclusive political stories.
Speaking about her new appointment, Clodagh said: “I’m thrilled to be joining such a strong and dynamic team at Good Morning Britain. With the referendum and local elections fast approaching, it’s a fascinating time in British politics. I’m really looking forward to helping set the agenda bright and early every day.”
Clodagh will take over from Paul Brand from ITV News, who has been covering the role on an interim basis since Sue Jameson left the position in November.
Good Morning Britain Editor, Neil Thompson, said: “Clodagh is a first class political journalist, skilled at decoding and animating those complicated but important stories from the corridors of power with the very best of her Westminster-based breed. She won’t be just content with explaining the affairs of state to GMB’s viewers she’ll also be bringing in genuine political scoops. Watch this space.”
He added: “We have been very fortunate to have Paul Brand, one of the brightest hopes from the world of political reporting, to fill the gap between Sue Jameson’s departure and Clodagh’s arrival.”
In December 2014, Clodagh was cleared of plotting with a UK government press officer to illegally leak stories. 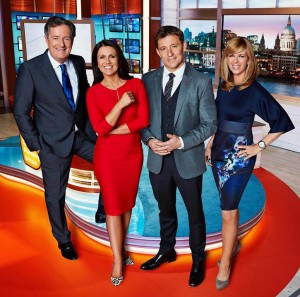 She was cleared at the Old Bailey of paying a press officer from Her Majesty’s Revenue and Customs (HMRC) £17,000 for tip-offs over three years which included details of Alistair Darling’s 2010 budget.
She had been arrested in 2012 as part of Operation Elveden investigating corrupt payments at various newspapers.
The decision to clear Ms Hartley was welcomed by journalists throughout the UK, with many expressing unhappiness at Ms Hartley’s treatment from her former employer, the Rupert Murdoch owned News International.
Respected media commentator Roy Greenslade, who gave evidence in Ms Hartley’s defence, said he was delighted with the verdict and described it as a “landmark decision”.
She is a regular visitor to Waterford, where she spends time with her family. Her father John is a former Slieverue and Kilkenny hurler and former Chair of the Board of Governors at Waterford Institute of Technology (WIT).
Clodagh says she is very much looking forward to taking up her new position on the show, which airs weekdays on ITV from 6am to 8.30am.