Kieran Foley reports
HOPES are high that a resolution to Clonea Power’s “deplorable” water supply can be found at long last.
At the March Comeragh District meeting of Waterford City & County Council, Cllr Seanie Power (FG) sought an update on the long-awaited new water supply for Clonea Power.
Cllr Power said he was continuing to receive many complaints from local people about the poor water quality in the area. 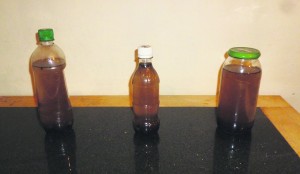 “I’m getting phone calls on a regular basis about the water which is black,” he said.
“It’s an ongoing disaster, and it has been for a long time.”
The issue of Clonea Power’s poor water supply has persisted for many years, with local councillors regularly describing the water quality as “deplorable” and “disgraceful”.
Local residents have spoken of their concerns for their health and the huge costs involved in purchasing water and replacing electrical appliances which have been destroyed.
Cllr Power explained that the water quality can improve on certain days; however he said it was very much “hit and miss”.
Director of Services Fergus Galvin assured Cllr Power that Clonea Power’s water supply would be upgraded.
He said the upgrade was listed on the Irish Water capital programme but said he couldn’t put a timescale on when the works would be carried out.
However, he said he hoped that work would progress “within the current year”.
Cllr Power said he has received assurances on a number of occasions that the council was working.
He said he hoped that the issue could now finally be resolved.
Meanwhile, Cllr Power also highlighted the problem of leaking water between Clonea Power and Rathgormack.
He said some residents were receiving an infrequent supply and asked about the installation of a new pipe.
He also raised concerns in relation to the flow of water down a busy road which could result in a bad accident. Mr Galvin said the Council would work to address the issue.