General Election candidate Paudie Coffey (FG) has called on Waterford politicians of every hue to come together and agree to a ban on election posters in the constituency.
Having first made the call last October, a range of politicians in counties Galway, Kildare, Laois, Leitrim and Mayo have swung in behind the Senator’s proposal, as the Local and European elections draw nearer. While some local authority executives believe there may be legal problems with the implementation of such a ban, Senator Coffey referenced the success achieved in towns including Lismore, where candidates agreed not to hang posters. 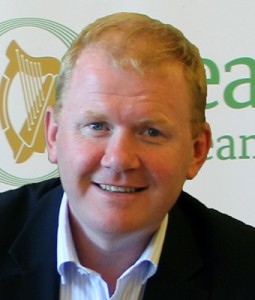 “It is certainly time we had a national discussion and debate about the proliferation of environmentally harmful posters in our cities, towns and villages come election time,” he said. “I believe that the vast majority of people are in favour of getting rid of them, and we as politicians should lead by example.”
Given the increased prominence of use of social media, Senator Coffey believes “there is little moral justification, or practical need, for election candidates to plaster posters of themselves across the constituency at election time”.
He added: “While voters do need to recognise candidates and understand what policies or manifestos they are promoting at election time, the advent of social media and other digital communication tools means it is now surely time to review past practices of electioneering and to promote more sustainable ways of engaging with the public in a way that is less harmful and damaging to our environment.” A potential compromise, which has also been raised at Waterford City & County Council level, could involve the creation of designated zones on the outskirts of towns and villages, which is already in play in some European countries. “The days of erecting these expensive glossy posters, which are damaging to the environment and are becoming a major turn-off for many voters are surely numbered. But why should we wait to follow the example of others when we can lead the way here in Waterford?”