A PROMINENT Mid County Waterford community activist is set to run as an Independent candidate in the upcoming local elections.Ann Troy from Ballyogarty, Kilmacthomas was to the fore during the high profile 2017 campaign to halt plans to construct giant wind turbines in the areas of Bonmahon, Stradbally and Ballylaneen.
She says she will be a “community candidate” whose sole focus will be on representing the interests of the local community. 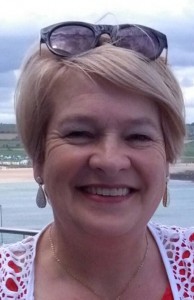 “Local people want somebody who will speak on their behalf and not just toe the party line. I want to work for the interests of the community and I will have only one master and that’s our community,” she said.
The new Portlaw-Kilmacthomas Electoral Area, currently known as Comeragh, will see a reduction in representation from six seats to five in May’s elections.Ann says this is another indication that “rural representation is being diluted”. “It’s most important, now more than ever, that we have a rural voice on the Council. We need to get every available euro that’s out there into our rural areas,” she said.
Apart from investment in the Waterford Greenway she says there has been a noticeable lack of investment in areas of Mid County Waterford, pointing out that Kilmacthomas has been without any substantial social housing for more than 20 years.
She is particularly concerned at the loss of services in Bonmahon which she describes as a “hidden gem with huge potential”. The village recently saw the creation of a new boardwalk, but Ann believes much more investment is required.“Kilmac is on a high and we need to keep the momentum going. If investment is made in an area like Bonmahon there could be a similar impact which would help create badly needed rejuvenation,” she said.“Bonmahon has fallen behind and needs urgent attention. It should be a vibrant village and would benefit hugely if it was linked to the Waterford Greenway or promoted as part of a specific coastal route.”
She cites the success of the All Together Now Festival in Portlaw as an example of what can be achieved in the local area.
“But if we want to keep rural Ireland alive we need to protect our essential services,” she said.
Ann says she is particularly passionate about respecting the local area and its landscape. “We must maintain our beautiful area and protect it from all threats – be it wind farms, illegal dumping or littering,” she said. “We must all display a sense of pride of place in order to protect our unspoilt beauty.”
She is heartened by the support and feedback from the campaign to defend the local community against the threat of major wind turbines and says the opposition to this project “galvanised” the community in an unprecedented way. However, she believes the threat posed by such largescale projects has not vanished – highlighting the concern being expressed in West Waterford over plans to construct 25 150m high turbines.
“Nobody knows what the next application may involve,” she said.
“We need to keep our eye on the ball, stand firm and let investors know that we are not for turning. I am prepared to fight with every ounce of my being should another similar situation arise.”She is concerned by the attitude taken by Council Executives in relation to wind projects. “The Council is meant to reflect the will of the people in the area. As it stands, that’s not happening,” she said.“Councillors are well attuned to how communities feel about this issue but there is a disconnect between Council officials and the public. Council management in Waterford seem afraid to take on big wind energy businesses.”As a mother, a grandmother, and with vast experience in worker representation from her years at Kromberg & Schubert, Ann believes she would bring many different insights to the Council Chamber.
Currently working at Waterford Institute of Technology (WIT), she engages with students on a daily basis and says she is very much aware of the concerns of young people and the issues affecting them.
She hopes to see WIT gain university status and pledges to continue highlighting the need for this as well as raising issues relating to University Hospital Waterford (UHW). Ann is married to well-known local beekeeper and photographer John Troy and runs her own small enterprise, Mahon Valley Organics.
She says this means she is also very much aware of the issues facing small enterprises and business people in rural areas.