Kieran Foley reports
A NUMBER of community groups in Waterford have stopped bringing young people to the People’s Park due to “anti-social behaviour and visible drug use”. 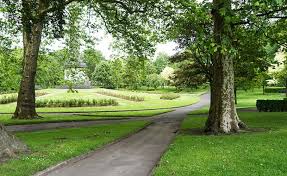 Last week’s meeting of the Waterford City & County Joint Policing Committee (JPC) was told of anecdotal evidence that many groups, including primary schools, are no longer able to use the People’s Park.
John Devlin of the Public Participation Network (PPN) said a number of groups within the community have stopped using the amenity in recent times because of “anti-social behaviour, visual drug use and so on”.
He said such groups had stopped bringing young people to the park due to these concerns.
Mr Devlin said this was “a waste of a good resource” and asked what Waterford City & County Council would do to ensure that the park could be used by all in the community.
In response, Superintendent Chris Delaney said that Garda figures did not indicate a problem with the People’s Park.
“But that doesn’t mean that there isn’t a problem,” he said.
“We’re very conscious that sometimes people may not report all incidents. We would like to know if there has been a spike but our figures do not show a spike in incidents.”
However, he said An Garda Síochána would “act accordingly” if such incidents were occurring.
He explained that Gardaí work very closely with Waterford City & County Council in relation to the People’s Park.
Speaking on behalf of Waterford City & County Council, Senior Executive Officer Don Tuohy explained that the People’s Park was regularly inspected.
Mr Tuohy said one of the biggest issues was with CCTV cameras.
“Currently there are quotations being sought for cameras for the park,” he said.
“That will be something that we will be looking at again over the course of the year.”