Council is open to modular housing 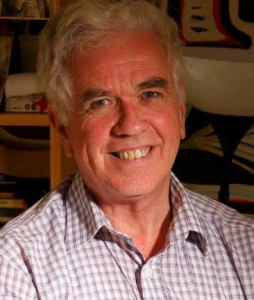 Fr Peter McVerry, who will speak about social policy in relation to homelessness at WIT's auditorium in its main Cork Road campus tomorrow (Wednesday) from 6.30pm. Entry is free and booking isn't required.

With Father Peter McVerry due in Waterford this Wednesday to talk about the burgeoning homelessness crisis, the City & County Council has not ruled out the prospect of acquiring modular housing to help deal with the issue locally.
Replying to queries from Councillors Joe Kelly (Ind) and Declan Doocey (FG) at the Council’s November plenary meeting, Director of Services Michael Quinn said: “It is something that we’re considering.”
He added: “Obviously, the focus is very much on Dublin and Cork for the modular homes. We would hope that as those issues progress within Dublin and Cork, then we will consider if modular homes are appropriate for Waterford. We are looking at potential sites for them and as soon as the opportunity comes us for us to engage with the Department (of the Environment), we will do so. There’s certainly enough demand in the city and county to justify considering it.”
Michael Quinn also confirmed that the Council is currently acquiring houses “but only where there’s a specific need…
“We have acquired 10 so far this year and there’s another four or five currently under negotiation, but we may not get the deals completed for these before the end of the year…
“The Council does have a land bank. In some cases, it’s small parcels of land we would have around the city. I think if there was significant funding for further social housing, we would probably have to look to acquire a number sites to be able to meet the needs and in order to be able to spread the social housing across the urban areas rather than have it too concentrated in areas where, perhaps we have a land bank but where, perhaps, we already have enough social houses as it is at the moment…but we are looking at potential sites.”
During the same debate, Cllr Jim Griffin (SF) reminded Councillors that he had raised the prospect of modular home installation in the city and county back in May.
“Waterford could have been ahead of both Cork and Dublin had we looked at it back then. I went to the company (that produces such homes) up in the midlands and was also at the Ploughing Championships, where modular homes were also on display. I just think it’s a pity that we’re behind Dublin and Cork once again when it comes to this particular issue.”
In the midst of the homeless/social housing debate, Fr McVerry’s visit to Waterford IT’s Cork Road campus auditorium (Wednesday, 6.30pm-7.30pm) is particularly timely.
Addressing the theme ‘Housing and homelessness: a failure of social policy?’, Fr McVerry will speak about homelessness, which he has described as “the most visible and extreme consequence of a failure of housing policy”.
He stated: “Homelessness is spiralling out of control. While it is most evident in urban areas, it will become an issue in every county in Ireland, as home repossessions begin to gather pace. Each home repossessed is potentially a household plunged into homelessness.”
Fr McVerry noted that in 2012, “seven or eight families were becoming homeless; in the second half of this year, an average of 73 families per month were becoming homeless. And there is nowhere for them to go. “We may shortly see whole families living on the streets or in parks, or spending the night in Garda stations or hospital A&E departments.”
In a report published in this newspaper on October 6th, the full details of which were later disclosed to Councillors at the November meeting, we revealed that, of the 71 Council houses (updated since then to 78) currently categorised as vacant:
* Fifteen (15) had been completed and have been returned for re-letting,
* 25 units have works currently underway,
* 28 units are currently in the tender process which the Council is obliged to comply with,
* While three units were offered and refused and have been re- offered and more importantly new tenants have been identified for all of them.”
According to Special Executive Officer Joe Sullivan: “It is important for people on the housing waiting lists to understand that there are no I repeat no vacant social houses in Waterford City and County that are not being refurbished for re letting and there are no vacant houses that are not being refurnished in Waterford due to lack of funding.”
Mr Sullivan added: “In 2015, 118 houses have been refurbished and re-tenanted just to date. So at any one time we will always have a number of houses that have become vacant and that are being refurbished for re-letting. Once a house becomes vacant it is immediately included in our refurbishment programme and new tenants (are) considered for them.”
Michael Quinn described a recent report in the Waterford News & Star on those same vacant properties as “unfair”.