Eoghan Dalton Reports
Waterford Councillors have called on the Attorney General (AG) to publish the legal advice provided to the former Justice Minister on the Commission of Inquiry into the Bill Kenneally case.
The emergency motion, brought to the chamber by Cllrs Declan Clune (SF) and Mary Roche (Ind), was passed unanimously. 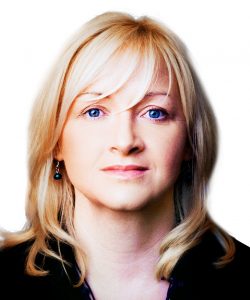 Speaking in the chamber, Cllr Roche said: “The motion reads that Waterford City and County Council calls on the Minister of Justice Charlie Flanagan TD to publish without delay the advice given by the Attorney General to former Minister Fitzgerald in relation to the setting up of a Commission of Investigation into the alleged cover-up of sex crimes by convicted paedophile Bill Kenneally. In addition this Council also calls on Minister Flanagan to release the most recent advice given by the Attorney General in relation to the same matter.
Cllr Joe Conway (Ind) wondered whether the passing of the motion could interfere with the case, though this was quickly disputed by Cllr Roche. “This has nothing to do with judicial process . This has to do with the setting up of an inquiry,” she said.

Cllr Roche noted that the Attorney General’s advice on the holding of a referendum to repeal the eight amendment has been published. “I think it’s important that we show our support, that we mean more than words,” concluded Cllr Roche.The Fianna Fáil party also gave a response to a question posed by Cllr Roche at last month’s plenary, where survivors of Bill Kenneally’s crimes were in attendance when she asked if the part had ever carried out an internal investigation in relation to Mr Kenneally. 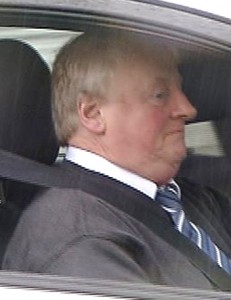 Speaking on behalf of the Fianna Fáil Councillors in the chamber, Cllr Adam Wyse said: “I can confirm to you that Fianna Fáil as a voluntary organisation does not have any statutory powers to investigate anyone in relation to issues with a possible criminal component. If Fianna Fáil were to make a judgment against anyone it could prejudice any future trial and thereby deny the survivors the fullest justice and the extent of that justice to which they are entitled. “We stand firm with the survivors and desire a path forward to the creation of an independent commission of investigation as it will possess the autonomy and the fullest powers required to satisfactorily resolve this issue.”

Due to the plenary meeting running over the allotted time, it was decided the emergency motion would take precedence over the planned motion on placing a distance of 1.5 metres for cars overtaking cyclists, which will now be heard at March’s meeting. In Cllr Clune’s absence, Cllr Roche proposed the motion while Cllr Jim Griffin (SF) seconded. During the meeting a number of Councillors singled out the current Minster for Justice Charlie Flanagan for criticism, because he has yet to meet the survivors despite promising to do so over a month ago.

Deputy Mayor Cllr John Cummins (FG) interjected several times, telling O’Leary to bring his points up during discussion of the motion. “If he wants to talk to any Councillors outside of the chamber we’d be more than happy to do that but we’re here to question the executive, that’s how the questions work.”
Cllr O’Leary replied: “You had plenty of talk, Cllr Cummins, the last day in relation to this issue and allegations you were also making.”