FURTHER calls have been made by local Councillors seeking social housing in parts of County Waterford.
Speaking at the April Comeragh District meeting of Waterford City & County Council, Cllr Declan Clune (SF) asked about the Council’s plans for social housing in Kilmeaden, Portlaw and Kilmacthomas.
“As we’ve heard at previous meetings there has been a focus on the bigger urban centres like Dungarvan, Tramore and the City for obvious reasons,” he said.
“Are there any plans to develop social housing in Kilmacthomas, Kilmeaden or Portlaw? There are 12 units going up at the moment in Portlaw which are very welcome. What are the future plans?” 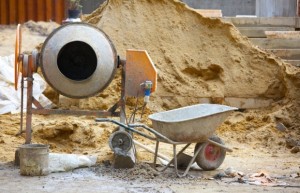 Cllr Liam Brazil (FG) also expressed the need for social housing in Kilmacthomas.
“I would say it’s the biggest village in the Comeragh District. The Portlaw gang may differ, but that doesn’t matter,” he said.
Cllr Brazil said Kilmacthomas has been “starved” of social housing since 1996/97.
“It’s not good enough for the people of Kilmacthomas and the surrounding areas that they may never again see a social house,” he said.
“I’ve been told it’s only where we have land banks that we are building houses. I want to ask here today, are there any plans, short term or long term, to purchase land in Kilmacthomas for social housing?”
Cllr Brazil said he believes there are two or three acres in Kilmacthomas but sought further clarity on the Council’s land bank in Kilmacthomas and any plans to purchase land. “If we don’t, we’ll never again see social housing in the Comeragh area, apart from Portlaw,” he said.
Cllr Ray Murphy (FF) agreed and also expressed the need for “significant” social housing in Kilmacthomas.
He said the Council should start by looking for and acquiring land and then set about building social housing in what is “one of the biggest urban areas in the Comeragh District”. Housing Director Ivan Grimes agreed that it is important to develop social housing in the areas which had been mentioned.
“There is significant demand for social housing,” he said.
Mr Grimes said he would be meeting with the technical team to review the land available in those areas, as well as in the Dungarvan-Lismore District, and to look at the suitability of such land for residential development.
He explained that proposals would then be developed for social housing projects in each of these areas which would then be submitted to the Department of Housing.
“Pending approval, we can proceed with those projects,” he said.
In relation to Cllr Brazil’s suggestion of purchasing land, Mr Grimes said this would be a decision for the management team and would require a budget.
“Currently, we don’t have a budget for the purchasing of land,” he said.
He said he would look forward to working on trying to flesh out some housing proposals for Comeragh District.
Meanwhile, at the April Metropolitan District meeting of Waterford City & County Council, Cllr Pat Fitzgerald (SF) discussed the lack of social housing for “over a decade” in the Dunmore East area. 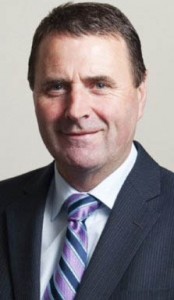 Cllr Liam Brazil has queried about plans the City & County Council may have in relation to social housing builds in the Kilmacthomas area.

He also spoke of the problem of people from outside the area (both Irish and foreign nationals) buying property and “pushing prices up” and out of the reach of locals.
He spoke of a law which was recently introduced in New Zealand which is “a similar type country”.
Cllr Fitzgerald explained that this law stops foreign investors from buying residential property in New Zealand to ensure the locals get “a fair crack of the whip”.
The proposed law, which the Government says will bring New Zealand into line with neighbouring Australia, will classify residential land as “sensitive,” meaning non-residents or non-citizens can’t purchase existing dwellings without the consent of the Overseas Investment Office.
“In order to keep local people in areas like Dunmore East, Passage East and Cheekpoint, we do have to do something about social housing in those areas,” he said.
Cllr Fitzgerald said he was aware that the Council is close to acquiring property in some of those areas, but asked if this could come on stream as quickly as possible.