"Cynicism’ the main feeling after HSE promises on mortuary investment

Eoghan Dalton reports
One of the consultant pathologists who wrote a damning letter to the HSE informing them of serious concerns at University Hospital Waterford’s (UHW) mortuary has said he feels “cynical” about reports that construction of a new building will begin later this year. Minster for Health Simon Harris said last week that plans for the new mortuary were at an “advanced stage” and it is expected the request for tender “will be issued shortly”. It came following reports which quoted a damning letter from four consultant pathologists at the hospital.According to the letter, dead bodies have been left lying on trolleys at UHW, leaking bodily fluids on to corridors and making closed-coffin funerals unavoidable in some cases. A statement from the Department of Health said that funding for a new mortuary building would be a “matter of priority”. However, speaking late last week, Professor Rob Landers had mixed feelings about the announcement: “I’m cynical about that. I’ve been campaigning on this one looking for a new facility for 15 years and suddenly, after a huge negative pressure from the media today, the HSE announces it’s going to start in 6 months’ time.” 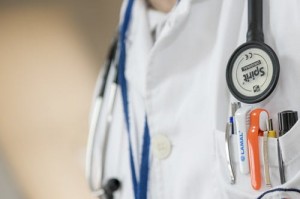 Undertakers in the region said they have been aware of problems in the mortuary unit. “The conditions the staff work in there are unreal,” said Donnacha Doyle, a funeral director in south Kilkenny on the outskirts of Waterford city. “It’s an awful place to bring a family, I gave up bringing them there it was so bad.” One undertaker, speaking on condition of anonymity, said they had seen on more than one occasion the six spaces in the mortuary filled, with another six bodies in the corridors on trolleys. The consultants’ letter had said that, “Due to inadequate body storage and refrigeration facilities, most bodies lie on trolleys in corridors, often leaking body fluids on to the floor”. “Bodies decompose in the corridors, leading to closed-coffin funerals with relatives unable to view the remains as a result of gaseous decomposition. The trauma imposed on the bereaved is almost unspeakable,” it went on.
Waterford TD David Cullinane said an investigation into all the claims in the letter is needed, particularly for families whose loved ones may have required a closed coffin due to decomposing.
“If they were not told…that’s a national scandal and that needs to be dealt with. The Minster for Health needs to establish why that was allowed to happen in our hospital in Waterford.
“I want answers from all those involved including those who wrote the letter on behalf of those families of the bereaved. I want to know why they were not informed of the circumstances in relation to what happened to their loved ones.” Professor Landers said families would not have been informed in cases where their relatives saw their condition deteriorate. “It’s a hugely distressing, upsetting time for people,” he said.
“People don’t like discussing death, they don’t like discussing what happens to a body after death, and people don’t want to know the mechanics of what goes on in a mortuary or what goes in an embalming and there’s no need for people to know normally – they don’t have to know. “I think families were accepting and didn’t question this perhaps in the past. But hopefully they will begin to question it or certainly if it happens into the future, people will know this is not right and they will begin to question it.”