Damien Tiernan signs off from RTE

Dermot Keyes (DK): Your departure from RTE is big news, given that it’s a job you’ve had for over 20 years. I can’t imagine it’s a decision which you arrived at lightly?
Damien Tiernan (DT): “No. It’s something I’d been thinking about for a few years but certainly in the last six months it’s been on my mind a little more. I put in place the process of seeing whether RTE would make me an offer and the deal was part of the outgoing voluntary redundancy package. They made me a formal offer, I had to think about it long and hard…most things in life are down to a combination of factors, so I just decided, yeah, I’d go for it. RTE have been very good to me. It’s a superb employer. I joined RTE and did ‘Ear To The Ground’ for a year as a presenter back in 1994, having started off in the New Ross Standard, and I got a job with RTE in May of 1995. I worked in the North West initially and covered for Eileen Magnier when she was on maternity leave – that was the summer of 1996. Then in December of that year, I was appointed down here in the South East and that made me the second youngest correspondent ever appointed by RTE – Orla Guerin, who had moved on to the BBC, had been the youngest such appointee – and I still have that ‘second youngest’ title. It was just a stroke of luck in the sense that Michael Ryan had just left the job down in RTE, Michael Lally had been in the job and he’d gone as well, so there was a vacancy there and I just fitted in. My youthfulness, maybe, and enthusiasm, coupled with the experience I’d gained from working in a local newspaper, coupled with what I’d done both with ‘Ear To The Ground’ and in the North West, served me well, and I think RTE wanted to see if I could do it or not. Technically being from the South East in Wicklow, and having known a bit of Wexford, I had some sort of an inkling for the region. So it was a combination of factors in terms of how I got the job. So I started in January 1997 and went into it, really enjoyed it and gave everything to it.” 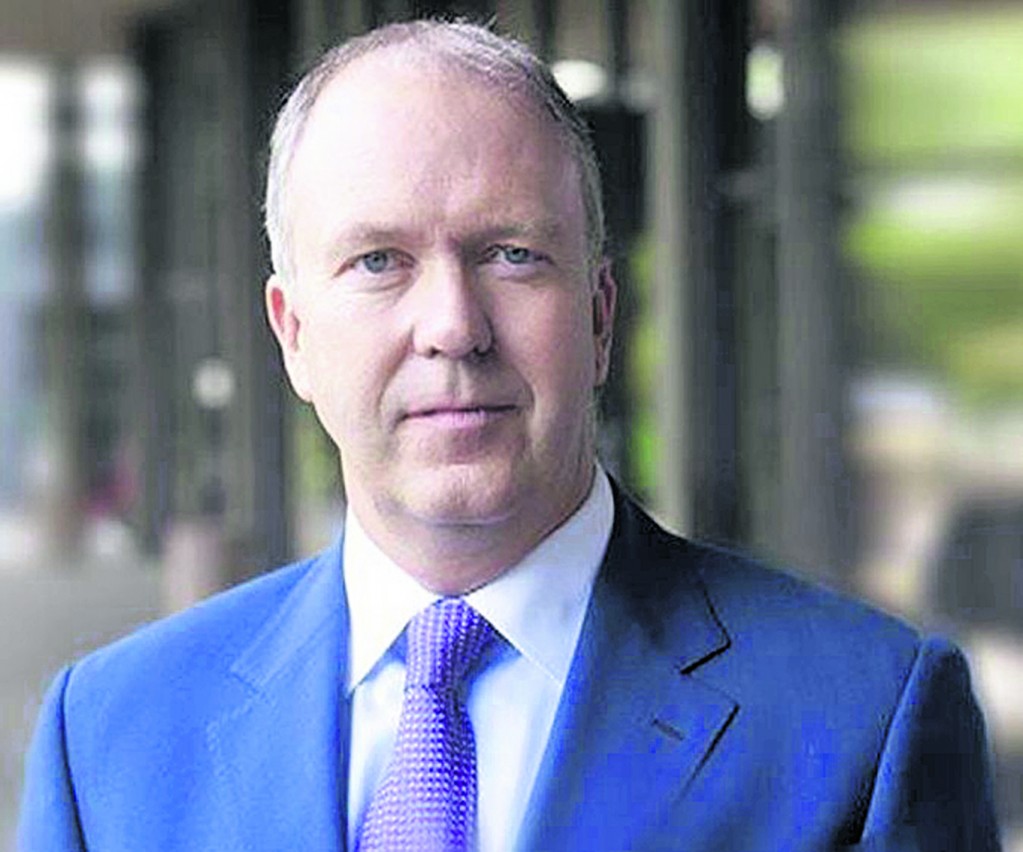 Moving on: Damien Tiernan is leaving RTE after 23 years with the national broadcaster.

DK: Did it take you long to get into the rhythm of the regional correspondent’s job?
DT: “It took a few years to balance being on call for 24 hours a day with ordinary life, as such, and that took a little while to get used to, but you do get used to it. You work it into your lifestyle and it means that you’re still able to go and play football, have a drink and so on, but it does mean that the phone always has to be on. I remember being up in Wicklow one night – for the first two and a half years I travelled up and down to Waterford from Wicklow and was still playing junior football with my club, Newtownmountkennedy – when Michael Quinn (one of the region’s most respected print journalists) rang me a three in the morning, telling me that the Air Corps helicopter had crashed into the Tramore sandhills – so I got in the car and was there by the time the dawn broke at a quarter past five. You have your breaking news stories that you deal with, and over the years, I feel I became quite adept at working those stories as the happened, and that’s certainly one of the proud things that I did, that I was able to apply myself to a big breaking news story quite well, because the demands from all the different outlets within RTE such as 2FM News and Radio One News – of course, filing copy was always the first priority – and then you’d be putting together the TV package, you’ve got to get the interviews, you’ve got to edit them, you’d got to do your live piece to camera, all of that can happen very quickly. And then you can be quiet on a lot of other days, of course. I’m as enthusiastic for the job as ever but feel…I’m 48 years of age now, even though a few of the papers said I was 46 (!) but I just felt that a change is what I need now. I remember working with Sean Duignan up in the Oireachtas Unit, and Sean was the main TV presenter for years, and then he retired and that was it, he was gone. And in the last few months in particular I have been thinking that there’s more to life than just doing a series of news bulletins, so I always tried to have a couple of other projects that would bring a sense of, I suppose, something more than just rolling news. So, for example, doing the ‘Souls of the Sea’ book and doing the (Waterford) hurling book and the ‘Prime Time’ documentary, things like that, value added stuff – I felt it couldn’t be all about the Patrick’s Day Parades if you know what I mean. This probably has some resonance with you…”
DK: Oh, it certainly does! 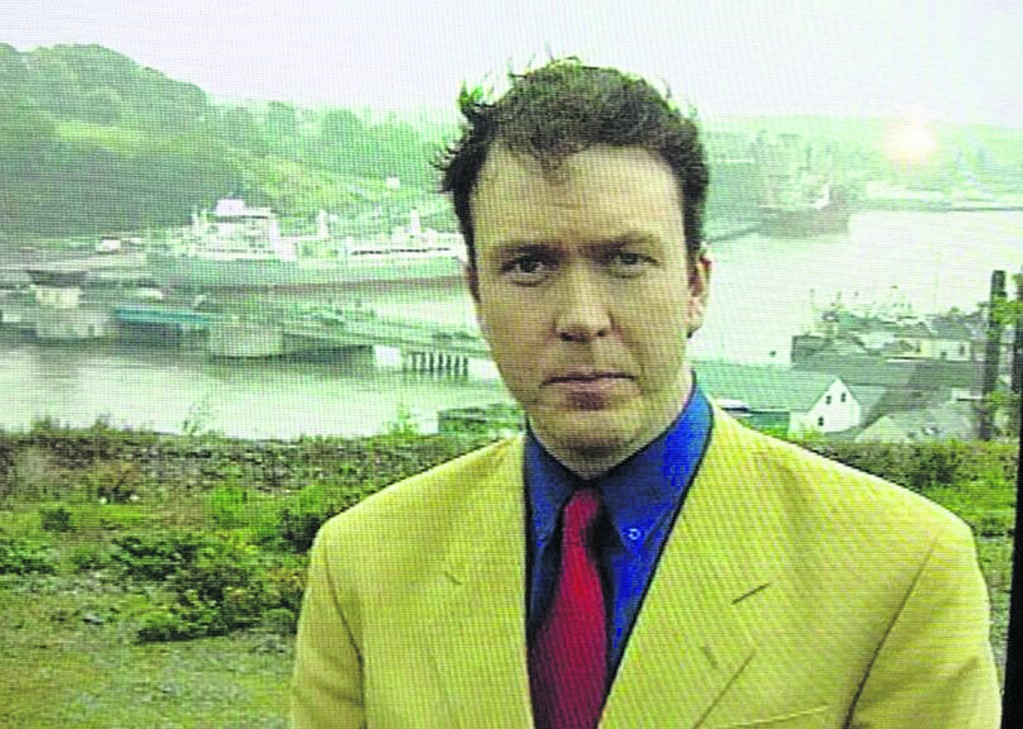 DK:You mentioned the Air Corps tragedy in Tramore earlier, which brings to mind some other high-profile stories you’ve had to cover, such as the Pere Charles and the Honeydew II tragedy in 2007. Was that the most difficult story you’ve had to report on?
DT: “Well it was certainly one of them alright, no doubt about it. But I think the drowning of the three Bolger Brothers from Passage East was particularly difficult. I’d lived in the city for a year and then I was looking to buy a house in either Dunmore or Passage, and I ended up buying a house in Passage…and right from the get-go, I felt a great sense of community out there. And the first person I met in Passage – I knew nobody when I moved there – in The Farleigh as then it was – was one of the Bolger Brothers. And it was just horrible when the news broke about the three brothers drowning. I remember doing a live piece for the Nine O’Clock News and holding it together and the second the person in my ear (in Montrose) said ‘you’re clear’, I just burst into tears, crying. At least in the case of the Bolgers, their bodies were recovered, which is so important. But when it came to the crews of the Pere Charles and the Honeydew, that went on because the bodies were never found and that’s still very raw.”
DK: You’ve said it more than once over the years about the nickname that the job with RTE led to, Damien…
DT: “Oh yeah, that’s followed me around for a while now! The lads I played soccer with at Park Rangers dubbed me ‘Tragedy Tiernan’, and during a match you’d hear them saying ‘Pass the ball’ or ‘Don’t pass the ball to Tragedy’. It was coined by a team mate of mine, Colm, a carpenter by trade, who said that ‘Anytime Tiernan’s on the telly, it must be a tragedy.’ And I remember meeting a chap in Tesco saying to me: ‘You don’t know me, but I don’t ever want to see you outside my factory because if I do, then I’ll know we’re gone!’ The harbinger of doom tag carried a certain level of humour to it over the years. As an old news editor said: ‘News is when the bus is late, not when it’s on time’ so invariably a lot of stories I cover, just like yourself, are bad news stories. Then of course it’s lovely to get to do the nice stories. I remembering doing one about a dog that went missing in Ballinamona around 10 years ago – the dog was missing for about a week – but when the dog came back to the owners, I did a lovely story on it, one which people still talk to me about. I actually interviewed the dog and added subtitles. I asked him where he’d been and he told me he’d been ‘wuffing it’!”
DK: And of course, your time in the South East coincided with Waterford’s resurgence as a senior hurling force, in addition to what became a near annual visit for the Kilkenny hurlers’ homecoming with the MacCarthy Cup!
DT: “Yeah, someone mentioned the trips to Kilkenny on Twitter during the week, and someone else said it’ll be justice now that the year Damien Tiernan goes will be the year Waterford finally win the All-Ireland – and sure it’ll kill me in one sense if that happens! But look, of course I hope Waterford do it. But the other thing that people have to remember is that I was the correspondent for the South East. As retired RTE cameraman Donal Wylde frequently put it, we worked at the RTE South East Studio based in Waterford, and that was always very important. Sometimes Waterford people would see me as their county correspondent but I had to represent the old South Eastern Health Board area – Carlow, Kilkenny, Waterford and South Tipperary, and because I’m from Wicklow I used to do some pieces from Wicklow from time to time, so sometimes you’d have people from Waterford saying ‘You’ve Wexford on the telly every day, why don’t you have us on more’, so there was always a good bit of banter like that. But yeah, the hurling thing was massive and again I’d have had people ribbing me, saying I was ‘only a big ball man; sure what the hell would you know about hurling?’ As a sportsman, I’ve always tried to understand how teams work and how dynamics work within organisations and I was able to bring that to the job, I feel.”
DK: So what lies ahead for you, Damien, given your track record in journalism: are you going to stay in the trade and will you be remaining locally-based?
DT: “In making my decision to leave RTE, I had a number of different things in the back of my mind and a number of different options I’d like to pursue, but nothing specific at present. But certainly, if something arose that might fit in with maybe where I’d want to go or see myself…I’d certainly like to stay in the region and in the county, I suppose. I’ve no interest in going into PR, there’s probably more money in PR but I’ve no interest in that. Politics is a bit risky. The only reason I went into journalism is because I was good for nothing else! And who knows, maybe there’s more in me. I hope there is. And if there isn’t, there’s always Junior B Football!”