Fianna Fáil stalwart Jackie Fahey died in the early hours of Monday morning. He was 91 years of age. Mr Fahey, who was born in Clonmel in January 1928, was a member of Waterford County Council from 1950 to 1970 and in 1965, became a TD for the Tipperary South constituency, having previously contested the 1961 General Election. 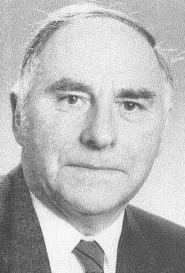 In 1977, he crossed the River Suir once more and was elected as a Waterford TD, a seat he held until the 1992 General Election. In 1970, he was appointed as Parliamentary Secretary to the then Minister of Agriculture and in 1979 was appointed Minister of State at the Department of the Environment, a position he held for two years.
A long-time loyalist of then party leader Charles Haughey, the late Mr Fahey served a total of 45 years as a Waterford County Councillor, his second stint on the local authority extending from 1974 to 1999.
In 1989, Mr Fahey broke ranks with Mr Haughey, after what was described by the Dungarvan Leader as “a row which (had) been smouldering for years under the surface” between both men, leading to the then TD’s withdrawal of support for his leader, along with his resignation from the parliamentary party.
Wrote the Leader: “Deputy Fahey’s letter of resignation from the Parliamentary Party was sent to the Taoiseach on Saturday (July 22nd 1989). In it he referred to previous correspondence between them and to their many meetings in the comparatively recent past. He also referred to the many u-turns taken by the Party on various issues and in particular, the coalition agreement with the Progressive Democrats.
The letter then went on to tell Mr Haughey that it was obvious that his animosity to the writer had not changed over many weeks and months and that the coalition with the PD’s and the agreement arrived at with them had proved to be the last straw that finally brought about his decision to resign…“He said that Mr. Haughey had unfairly held him responsible for much of the internal party wrangling that had so seriously split the Fianna Fail organisation in Waterford in past years. ‘Not once since then’, said Mr. Fahey, “has Mr Haughey shown that his animosity towards me has been dropped and my decision to leave the Parliamentary Party and take my seat in the Dáil as an Independent is exclusively down to him.”
A YEAR later, then Deputy Fahey re-applied for membership of the party and was readmitted.
By the end of his Oireachtas career, Jackie Fahey had served in nine different Dáileanna and also stood unsuccessfully in the 1989 European Election, one of only three occasions in which he was not successful, 1961 and 1992 being the others. There was great rivalry among the Fianna Fail candidates, but Jackie managed to hold his seat.Brian Swift would become a TD in the 1980s and he would be followed by Donie Ormonde.
They would get the east of the county vote, as would Brendan Kenneally, but Jackie held the West of the county. Ollie Wilkinson would become a TD for Fianna Fail in the West after Jackie retired.
In those days there was great rivalry and in certain elections there would be 3 Fine Gael candidates and 3 Fianna Fail candidates, with the two big parties getting two seats each, Labour would finally win back a seat held earlier by Tom Kyne in the 1970s with the emergence of Brian O Shea in 1989, when he won a seat for Labour.Jackie was the consummate politician with his hands out to greet people and had a great smile and happy engaging personality. He was well liked and had a very loyal following.
He was very popular among the smaller farmers and rural community. This would be seen in the counts and boxes after each election, but he also had an urban vote. In the wake of Fianna Fáil’s 2011 General Election collapse a devastated party would see Dungarvan and the West not vote in their usual numbers for Fianna Fail and their seat would go, for the first time in decades. However, Dungarvan would have seen a makeover in those decades and Jackie played a part in getting investment into the town.He was best remembered in the city for the rivalry with Brendan Kenneally.
He was an astute politician and would go early to meetings in the city and spend a few hours knocking on doors outside election times in Lismore Park, Lisduggan and elsewhere. People were very impressed by this said John O Connor, Munster Express former news editor. This helped in transfers and votes in subsequent elections. No doubt, the contribution of Jackie Fahey to public life in Waterford and Dungarvan will debated in the days and weeks ahead. May he Rest in Peace.