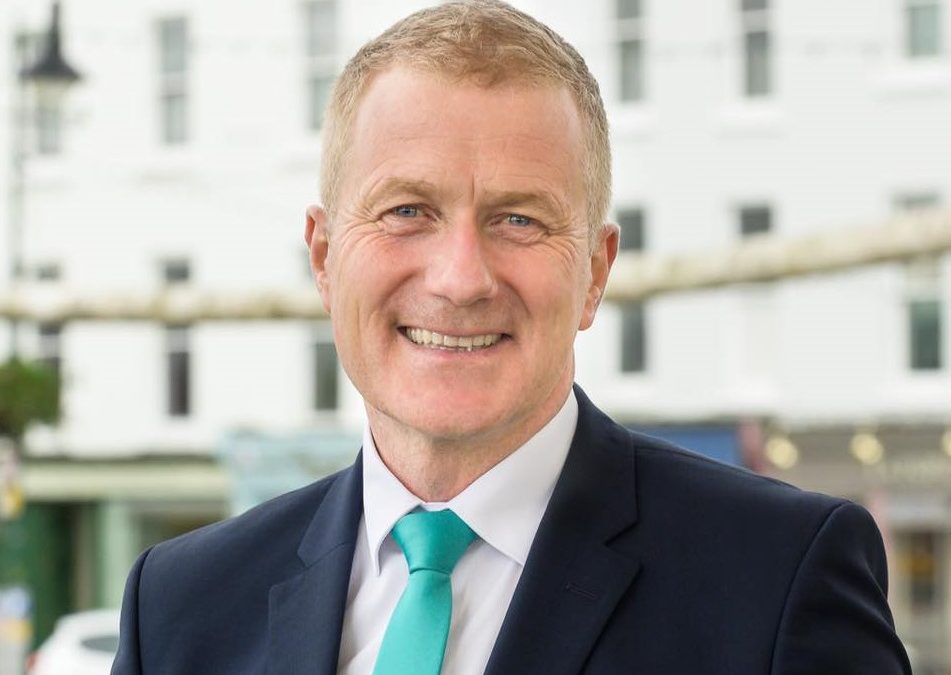 Eoghan Dalton Reports
The Fianna Fáil position on Cllr Eddie Mulligan’s future remains unclear after it emerged he did not inform the party about his High Court disqualification against him acting as a company director. Cllr Mulligan, who is standing for the party at next month’s general election, was disqualified in 2017 for seven years because of his management of his family’s hair salon business. 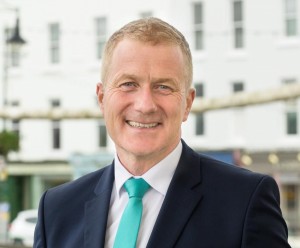 Cllr Mulligan said he did not tell the party about the disqualification because he felt “embarrassment” about the case.

He was a director and shareholder of Hype Hair Salon Ltd, which owed the Revenue €153,770.72 when it was placed in liquidation in 2014. The group had outlets across Waterford and Clonmel. Waterford Fianna Fáil TD Mary Butler told the Munster Express that it was Cllr Mulligan’s “responsibility” to tell the party about the High Court order.
“I fully sympathise with Eddie’s predicament on a human level – you couldn’t but feel sympathy for him. So many people lost their jobs, their homes, even their lives in the recession.
“But there is a responsibility on any candidate in Fianna Fáil to inform our party headquarters about any financial issues when representing the party at a national level – and unfortunately Eddie didn’t do that.” Cllr Mulligan said on Monday that he did not tell Fianna Fáil about his disqualification because he felt “deep shame” about it.
A party spokesman had told the Irish Times that the party was not aware of the disqualification and said it would be seeking an urgent explanation. Deputy Butler would not categorically state if she will be asking voters to continue their preference for Cllr Mulligan when casting their ballot. “At the moment, until I hear different, we’ll be trying to maximise the vote.”Details of the hair salon group’s management were cited in the 2017 annual report of the Office Director of Corporate Enforcement (ODCE).
She said that any decision on his future will be taken by the party’s general secretary and its national constituencies committee. Cllr Mulligan did not respond last night when asked if he had met with party headquarters to discuss the matter. Fianna Fáil’s press office did not respond when contacted.
Fianna Fáil leader Michéal Martin is awaiting a full explanation from its General Election candidate in Waterford city, Cllr Eddie Mulligan, after it emerged he is disqualified from acting as a company director. Cllr Eddie Mulligan received the seven year disqualification from the High Court in 2017 because of his management of a family hair salon business.
He was a director and shareholder of Hype Hair Salon Ltd, which owed the Revenue €153,770.72 when it was placed in liquidation in 2014. Mr Martin confirmed yesterday (Monday) that it had been not been told by Cllr Mulligan that he was disqualified from acting as a company director. “We have asked him for a full explanation today,” he told reporters while canvassing in Sligo.
Asked if Cllr Mulligan’s position as a candidate was in jeopardy, he said he did not want to comment further on the matter “at this stage.”
Mr Mulligan told local radio in Waterford on Monday morning that he regretted not telling Fianna Fáil and that his future as a candidate is now in the party’s hands.
He said he did not tell the party about the disqualification because he felt “embarrassment” about the case. “They were hard tough times and I actually thought I’d never have to revisit them again. I actually thought I was out the gap,” he told WLR broadcaster Damien Tiernan.
“It’s caused me deep remorse, deep embarrassment, deep shame.”Asked if he told Fianna Fáil hierarchy about the court order during a meeting regarding him becoming a general election candidate in October 2018, he said he did not: “The responsibility was on me to tell them and hands up I failed to tell them, through embarrassment and I suppose through shame. Mea culpa.”
Mr Mulligan said the party was “aware from 2014 [that] my dealings were what they were, they knew I was working out of it, they knew I was going forward, they knew I…was tax-compliant”. A party spokesman said that Mr Mulligan had confirmed he was tax-compliant prior to his selection as a general election candidate in November 2018.
Details of the hair salon group’s management were cited in the 2017 annual report of the Office Director of Corporate Enforcement (ODCE). The report said the business, which was set up in 2005, was insolvent from when it began trading.It said the directors – Mr Mulligan and his wife, Dervla – had not cooperated fully with the liquidator, and that the company made payments to other creditors while not in a position to pay its tax debts.
Mr Mulligan said he disputed the liquidator’s view that the business had been insolvent from when it started trading.He told the Irish Times the company was “meeting obligations” with “detailed business plans and projections presented at all times to banks during expansion phase and then to Revenue and banks during the difficult trading period of the country’s worst economic crisis”.
“[The company] may have traded irresponsibly but not recklessly,” he said. “It was the directors who initiated the voluntary liquidation.” Mr Mulligan added that journalists were “aware” of his financial struggles and that his disqualification order, which expires in January 2024, was “old news” for him.
Speaking through tears on WLR, Mr Mulligan said the hair salon business had struggled.
“It was a very hard and challenging time in our lives,” he said. Turnover fell by 40 percent within around an 18 month period and its 30 staff was eventually halved.
He said the business was paying €120,000 annually to Revenue and had fell into “a little bit of arrears” while restructuring.
Asked what he would say to Fianna Fáil to make them keep him on the Waterford ticket alongside Mary Butler TD, he said: “I suppose we are very much an Ireland for all and there’s plenty of people in Ireland in my situation. I am a family man and I have a good family.”
“But ultimately I didn’t tell Fianna Fáil,” he added. “I regret it.”Presenter Damien Tiernan said the show received texts praising Mr Mulligan for his honesty, saying “hats off” to the councillor, while another text said he was “playing the victim card”.