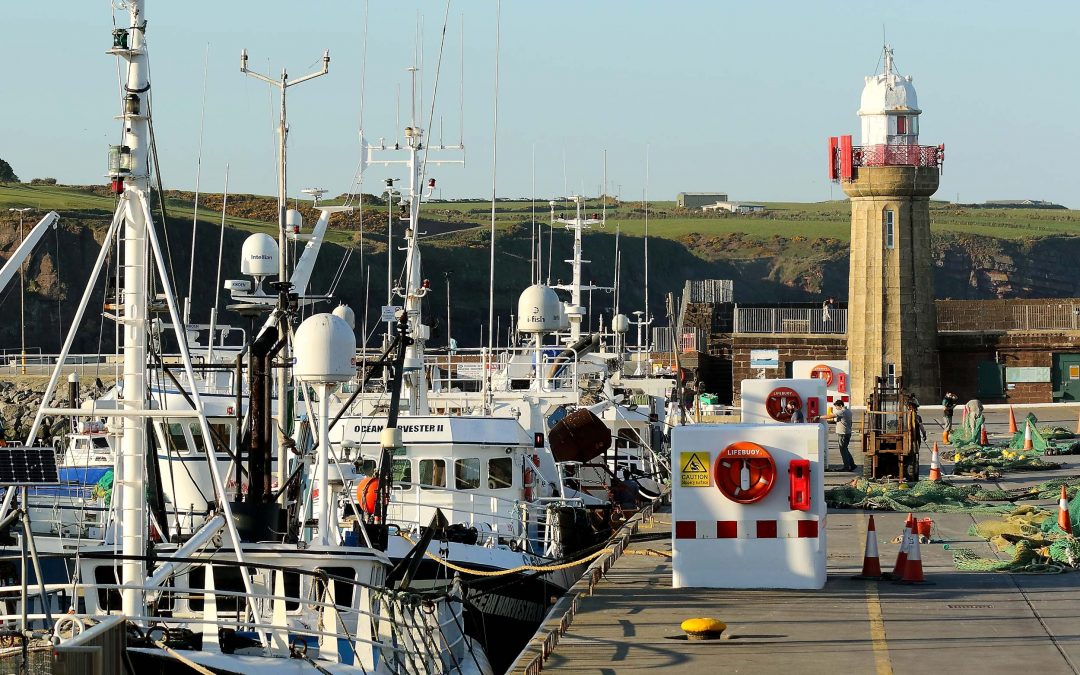 Waterford TDs have united in their bid to make Dunmore East a designated landing port for Northern Irish and British fishing vessels.

Representations were made on the issue on Thursday last by Waterford TDs David Cullinane (Sinn Fein), Marc O Cathasaigh (Green Party) and Matt Shanahan (Independent). As a result of Brexit, the port in Dunmore East was removed as a designated port for British vessels to land their catches. Seven ports have been redesignated since, but Dunmore East is yet to avail of a similar fate.

Matt Shanahan TD highlighted the environmental impact of the issue with vessels travelling to Castletownbere and noted the issue has had an effect upon the local economy in Dunmore.

“The travel time to Dunmore East for fishing vessels that access the fishing grounds known as the Smalls is five or six hours. However, they cannot access the port and are forced to go to either Castletownbere, which is 17- or 18-hours’ travel distance, or Howth, which is ten- or 12-hours’ travel distance. This has obvious emissions, economic and even safety impacts.”

Green Party TD Marc O Cathasaigh echoed the sentiments of Deputy Shanahan and noted his concerns for the safety of crews aboard the vessels.

“I worry about the risk to the safety of ship crews, who may choose in the event of bad weather to make for a port where they can land their catch over the nearest safe harbour. In conjunction with my colleagues, I ask the Minister to find a resolution to this issue, if possible.” 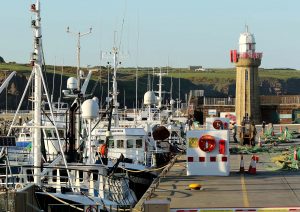 Responding, the Minister for Agriculture, Food and the Marine, Charlie McConalogue TD said the designation of ports for landings ‘does not preclude vessels from coming into ports for force majeure reasons such as the need to reach a safe harbour’. He noted that the fact that the three TDs had come together on the issue showed the emphasis which has been placed on the matter locally.

“As outlined by the Deputies, Dunmore East has not been designated at this point, but this will be kept under review. In 2018, there were 15 landings by UK-registered Northern Ireland vessels into Dunmore East. This reduced to nine landings in 2019 and reduced further in 2020. Over the two years, 2018 and 2019, the total landings amounted to 318 tonnes into Dunmore East by UK-registered Northern Ireland vessels. I understand that these were landings of nephrops, mainly from the Smalls. I included Howth as a designated port at the beginning of the year and this provides a landing option for UK Northern Ireland-registered vessels fishing for nephrops in the large fishing grounds in the north Irish Sea and may also provide an option for such vessels fishing in the Smalls or Labidine. I designated Howth because, unlike Dunmore East, there were 26 landings by UK-registered vessels into Howth in 2018 and this increased to 28 landings in 2019.”

Speaking in response, David Cullinane TD said that he had listened very carefully to what the Minister had outlined on the matter. Deputy Cullinane said that he does not believe it should be a case of one or the other when it comes to Howth or Dunmore East being a designated port, and in fact – it could be both. 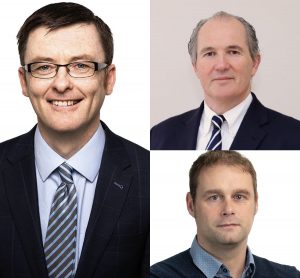 “Regardless of the numbers the Minister cited, every boat that lands creates opportunities for businesses. When they are gone, those opportunities are gone, which represents a loss to the harbour and surrounding areas. I ask the Minister to look at this again and to visit the port at some point, when travel restrictions and his own commitments permit.”

Minister McConalogue made a commitment to reconvene with the Waterford TDs on May 11th. The debate comes as a significant investment to Dunmore East was announced yesterday (Monday) in harbour and marine funding allocated by the Minister.