Facing Down the Dealers

Carrick-on-Suir campaigner determined to stay the course
An activist will not be swayed by intimidation from alleged drug pushers in Carrick-on-Suir, days before a second public meeting is held to discuss the threat posed by habitual public drug dealing in the town.Speaking to The Munster Express, Eddie Reade said he felt moved to call a public meeting given the level of public drug dealing that he and several other residents have witnessed at first hand in recent months. 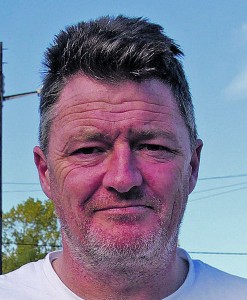 “They just don’t care, these people,” said Mr Reade. “They pull up in the cars and deal away to youngsters who I know are in their late teens – the same age as my daughter- but it doesn’t knock a spot off them. These people, and I’m talking about four or five at the most, deal away and they don’t care who sees what they’re doing.”
He added: “I put out word about holding a meeting to talk about what’s been going on in our town for far too long now at this stage and the support I got was great. People are seeing this themselves every day, they’ve seen how things have really gone downhill and a lot of us know who’s bringing most of the heroin in Carrick at this stage. I also know people who had been on methadone for a long time and had been trying to get someway right are just gone completely off the chart with drugs again. It’s gone through the roof here, and we have to try and do something about this. Doing nothing isn’t an option.”
A further meeting will be held at St Nicholas’s Church in Carrick this Thursday night at 7pm as community groups and concerned residents discuss how they can curb the worst excesses of drug use in their locality. Mr Reade’s work with the ‘Helping Hands’ charity in both Waterford and Clonmel in recent years has given him particular cause for concern about the prevalence of heroin in Carrick.
“I know what heroin can do to a town,” he said. “I’ve seen lads getting stabbed for a €20 debt. I’ve seen people left with broken noses and bloody chins because a partner might owe a dealer money, and it is a dirty, dirty drug. Carrick is no different to any other town in terms of drugs in that the prescription drug users look down on the coke heads, then the coke heads look down on the heroin addicts, and the heroin addicts, in the majority of cases, cannot get any lower or don’t even realise they’re at rock bottom. This is a problem we don’t need to get any worse here, nor do we need it in Clonmel, Waterford or anywhere else for that matter. That’s why we need as united a front as possible when it comes to getting on top of this issue.”
Eddie Reade contends that the drug problem has grown significantly worse in the Carrick area over the past 12 to 18 months. And while inquests will ultimately determine what is already widely known in Carrick, tragedy has befallen two households in recent months, a point raised at the meeting held on October 11th. As former Comeragh College Principal Pat Callanan told the meeting, the sadness of seeing young people carried in coffins and the grief endured by the families and young people who knew them, has a harrowing effect on any community. Mr Callanan called upon parents and guardians to keep a close eye on their children’s behaviour, to note how they look and if their eyes are glazed over, to ask where they were and “to nip it in the bud”.
In the wake of the October 11th meeting, a second meeting will be held this Thursday night, October 25th at 7pm, the focus of which will explore the topics raised at the initial gathering and, as Eddie Reade put it, “ensure that the aims and concerns of the public will be addressed. 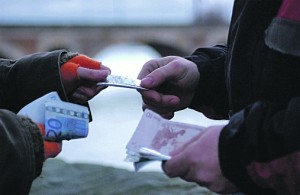 A second public meeting in relation to drug dealing in Carrick-on-Suir will be held on Thursday evening.

“The main messages that came from the first meeting were that early intervention and education are vital. So we must further explore these avenues in conjunction with schools, voluntary organisations, sports groups and any other concerned parties in Carrick-on-Suir. For this reason invites have been sent to many groups around the town. ”
Former Mountjoy Prison Governor John Lonergan, in conjunction with the town’s Darkness Into Light Committee, will visit Carrick to chair a further gathering on drug addiction and drug misuse.
“It’s a case of getting as many people together, working on a common cause and the community really has to come together when it comes to this. We can’t back down from this. And I for one, despite some of the messages and phone calls I’ve gotten from people in the last few weeks, won’t be backing down. We really have to take a stand on this now.”