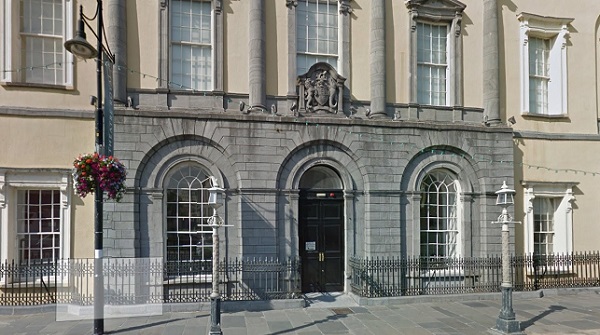 Eoghan Dalton Reports
With all of Waterford City & Council’s seats now filled, the focus has switched to which parties will hold sway on the local authority for the coming five years. Up for discussion ahead of this week’s AGM, where the holders of many key positions will be decided, is who will hold the Mayoralty and Deputy Mayor role each year of this term, with a number of options lying in front of the 32 Councillors.

The traditional option is setting up a pact to create a majority grouping on the Council. This has been much derided by Councillors left outside the grouping and by members of the public.
The last Council term saw a pact created between Fianna Fáil and Fine Gael and was bolstered by Labour’s sole member. It resulted in members outside the pact being excluded from holding the role of Mayor of Waterford City and County.
However, with Labour increasing its numbers to four Councillors at the elections, they are supporting a different option to the pact. They have combined with the Green Party’s two newly elected Councillors to join Sinn Féin’s call to introduce the D’Hondt system. This option was also supported by the outgoing Metropolitan Mayor of Waterford, Cllr Joe Kelly (Ind) last week on WLR. Named after a Belgian lawyer and mathematician, the D’Hondt system is a form of proportional representation widely used in continental Europe.
It converts votes won by parties to seats and is also used to allocate other positions, including committee chairs, proportionately to parties.
The D’Hondt system was employed in the previous Council’s term but only in the Metropolitan District. This meant that the position of Metropolitan Mayor was shared across the first three years by a Councillor from each party and then the final two years saw the chain worn by two Independents. In a statement, the Labour-Green grouping said the D’Hondt would allow “the new Council to respect the mandates given to all Councillors by all voters”.
It went on: “In light of the proposed cooperation between Labour and the Green Party, the composition of the new council will be fairly evenly balanced between 5 groups: Fianna Fáil (7 seats), Fine Gael (7 seats), Labour & Greens (6 seats), Sinn Féin (6 seats), and Independents (6 seats). We are calling on all these groups to respect all the voters who elected us by working together to share the responsibilities of local government entrusted to us in a fair and mature manner.
“The recent local elections have provided an opportunity for positive change and a chance to move away from much-criticised, traditional pacts towards a more equal and inclusive way of doing business so that everyone has a voice and no one is frozen out. Let’s grasp this opportunity together.”The move was welcomed by Sinn Féin Councillors who issued a collective statement on the matter. “D’Hondt ensures that every party or group is fairly and equitably represented, and that their mandates are respected. Crucially it means that no groups are excluded. The newly elected council has an opportunity and an obligation to move away from the divisive politics of the past and to work in an inclusive, respectful and grown-up manner.”It is understood that the coming days will see thornier aspects, such as the passing of the annual budget, feature in discussions among the separate groups.