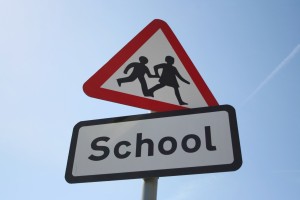 AROUND 200 concerned parents attended a meeting in Fenor last week over fears in relation to their children’s secondary school education.
Fenor National School has traditionally served as a feeder school for Ardscoil na Mara (an amalgamation of CBS Tramore and Stella Maris Secondary School).
However, there are growing concerns over the “re-categorisation” of Fenor NS which could mean that students at the primary school will no longer be guaranteed a place at the nearby secondary school.
The Munster Express understands that of the current group of children in sixth class in Fenor, along with a number of other primary schools in the area, only those with siblings currently in Ard Scoil na Mara have secured places for September 2016.
In addition, there are concerns that even those with a sibling in the secondary school may not be guaranteed a place in the future.
Those in attendance at last week’s meeting expressed disappointment that the change in policy had been pursued without engagement or consultation in the locality.
Minister Paudie Coffey was in attendance at last week’s meeting in Fenor and has been working at resolving the issue.
He addressed the gathering and assured the principal and parents of his continued support.
Minister Coffey said he has been in contact with the Department of Education to seek intervention to resolve the matter.
“I’ve been engaged with the school, the principal and parents on this issue since hearing about it before Christmas. I’ve met Minister Jan O Sullivan and impressed on her that a solution is required to ensure that Fenor pupils have equal access rights to Ard Scoil na Mara as the other feeder schools in Tramore,” he said.
“I’ve been informed that a meeting is being arranged with the board of management of Ard Scoil na Mara to work towards a solution. I’ve impressed on the Minister that this has to happen sooner rather later to bring certainty to the situation.”
He added: “It’s my view that if all stakeholders engage again to find a resolution in good faith then a solution will be found and I’m confident that it will.”
Fenor NS Principal Tim O’Byrne confirmed that negotiations are underway to try and resolve the situation.
Principal of Ardscoil na Mara, Mr Padraig Cawley, could not be contacted for comment at the time of going to press.