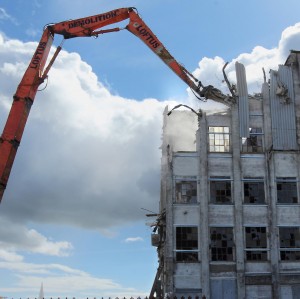 Work on the updated Ferrybank Local Area Plan (LAP) is already underway, with the long-awaited development of the locality’s playground topping the list as far as local residents are concerned.
Speaking at last Wednesday’s Piltown Municipal District meeting in Ferrybank, Kilkenny County Council Executive Planner Caitriona O’Sullivan said that of the 50 submissions the Council has of yet received in relation to the LAP, “43 were related to the playground”.
She also told Councillors that one of those submissions alone included a petition signed by 210 residents who are keen to see Kilkenny’s second largest urban area finally secure a playground.
The wheels for that are now welcomingly in motion, and a site has been secured adjacent to the N25, beneath the Brothers of Mercy facility in Belmont Park. Ms O’Sullivan said it was important to remind the public that the site secured for the park doesn’t require rezoning, adding “that there may have been a misconception out there that this was the case”.
Among the other items that have been brought to Ms O’Sullivan’s attention during this process has been the need for additional recreational facilities, an enhanced level of signage and area identity and the need to improve approach roads leading into Waterford (see News 5).
Ms O’Sullivan added that she will be meeting with representatives of the Port of Waterford in relation to their future intentions for Belview, and stressed that any prospective retailers keen to ‘set up shop’ locally ought to consider the Ferrybank Centre first.
She also told Councillors that the Department of Education has asked for between 12 and 13 acres to be reserved in Ferrybank, also adjacent to the Brothers of Charity “but that this was with the long term in mind”. However, these lands had yet to be formally assigned for this specific function.
Caitriona O’Sullivan added that Kilkenny County Council is continuing to talk with Waterford City & County Council “to optimise linkages into the Strategic Development Zone on the North Quay”, which would be raised during a joint meeting with the Metropolitan District on Wednesday next, July 20th.
“We have much greater connectivity with Waterford, which is a huge step forward from when last this plan was being formulated,” she added.
Ms O’Sullivan said that development of a range of facilities in Ferrybank was additionally significant given that the population of the area is set to reach 6,500 by 2020. And she stressed that the new LAP applied “only to the Kilkenny area of Ferrybank”.