Eoghan Dalton Reports
An investigation into bullying allegations in Waterford Fine Gael got underway last week.
Party Secretary Tom Curran visited Waterford to begin his review into claims that a local election candidate was bullied at a recent party meeting in Dungarvan.A formal bullying complaint was lodged by Fiona Dowd, a Dunmore East-based candidate, who said supporters were scared to speak in favour of local TD John Deasy at the gathering in Lawlor’s Hotel. 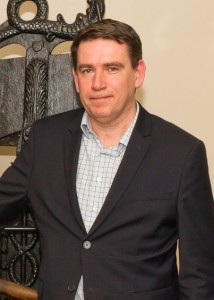 Deputy Deasy, who was not present, suffered an unanimous vote of no confidence by the constituency branch at the elections post-mortem in Lawlor’s Hotel, amidst a strongly held feeling that the TD has been absent from constituency matters.However the Dungarvan TD responded by alleging bullying has been ongoing in the party’s Waterford branch for some time. He has requested a full review from party headquarters. The Munster Express understands John Deasy and Tom Curran met last week during the visit.
A number of party members said Mr Curran is not currently examining Deputy Deasy’s allegations, or the concerns of the constituency branch’s members, and is instead focusing on Ms Dowd’s complaint during his two day visit.He met with Ms O’Dowd, former senator Maurice Cummins and other members as part of the review. A verbal altercation took place at the Dungarvan meeting between Dowd and Cummins.
She told this newspaper that she met with Mr Curran for over an hour last Friday to discuss the Dungarvan incident as well as bullying she feels was taking place “over a period of time”.
Ms O’Dowd added that she was “confident and happy” about the review.She said she understands a review of other issues will follow once her complaint has been investigated.Maurice Cummins, who also met with the Party Secretary for about an hour last Thursday, stepped down as chairman of the Waterford branch during the local election campaign, and has said he wants Deasy to consider his position as TD.Speaking to The Munster Express, the former Seanad leader said the Waterford constituency branch’s issues with their local did not arise as there “there’d be no need to raise that, Tom is aware of that already”.
Mr Cummins said he was told to expect a result some time in the next fortnight.Neither John Deasy or the Fine Gael press office responded in time for publication when contacted for this article.