The Park Hotel, Dungarvan is delighted to announce a number of new appointments to its expanding team,following recent refurbishment upgrades in excess of€400,000 towards bringing The Park Hotel, Dungarvan up to 4 star standard.Joining the team will be Padraic Scully, who has been appointed as Head Chef. In his new role, Padraic will use his proven style and vision to develop new menus while remaining true to the Flynn Hotels ethos, as well as presenting his delicious interpretations of some of Mrs Flynn’s
traditional recipes. 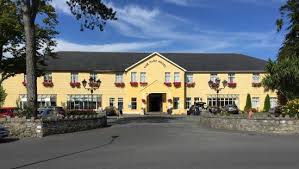 He will also be responsible for daily kitchen operations and for the management,training and motivation of the hotel’s kitchen team. Padraic, a graduate of Waterford Institute of Technology comes to The Park Hotel with a rich résumé and an impressive career having previously worked as Head Chef at Seven Oaks Hotel in Carlow; Kilkenny RiverCourt Hotel; Portlaoise Heritage Hotel; Killerig Hotel and Golf Resort Carlow and Lord Bagenal Hotel, Leighlinbridge,Co Carlow.
A number of additional appointments to the management team at The Park Hotel,Dungarvan include Larry Bowe who joins as Deputy General Manager, Clodagh Hennebry who joins as Front Office Manager, Trevor Duffy joins as Human Resource Manager, Paul Lacey joins as Financial Controller, Roisin Jordon joins and Food and Beverage Manager and Rachel Kinsella has joined the team as Sales and Marketing Manager.As well as The Park Hotel,Dungarvan, the Flynn Hotels’other properties include the Old Ground, Ennis; Newpark
Hotel, Kilkenny; and The Imperial Hotel, Cork.
For more information,please visit www.flynnhotels.com.