Home » All Front Page News » Focus on the positives

Focus on the positives 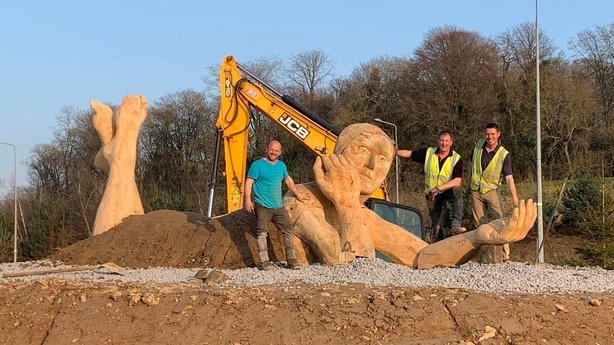 The master craftsman responsible for the Eiriu wooden sculpture that was destroyed by fire on the Greenway last week has urged people to focus on the positive moving forward and not let one isolated incident taint Waterford’s reputation.

Speaking to The Munster Express this week, John Hayes of Special Branch Carvers, who handcrafted the sculpture depicting the goddess of Ireland, said given recent tragic events in Ireland, he wanted people to focus on all the positives Waterford had to offer and the successes it can lay claim to.

“Of course I was gutted. We all were, everybody involved in it – Yvonne Grace, Chris Wood, all the people who helped us but there’s no point in dwelling on it, especially when the city is starting to do so well.  I really don’t think it was malicious. I think it could’ve been youngsters messing about and it got out of hand. Nobody died. I can make it again. It may take a while but it can be done.”

The 30 foot long sculpture was a collaborative project between Waterford City and County Council and SETU and was intended to highlight the biodiversity of Waterford’s Greenway. Over 4 months of hard toil went into the five tonne sculpture which had just been finished but not officially unveiled.

“Somebody asked me what would I do with the culprits if I caught them. I’ll tell you what I’d do. I’d make them come and work with me for six months and teach them a skill. I’d teach them all about hard work and being positive. Some of these youngsters just need to be steered in the right direction. They are not scumbags. They need guidance and support. There is a very fine line between destruction and creativity. So much energy goes into destruction. If it was channelled in a more positive way, something beautiful can be created” he said.

The whole idea of the sculpture, he said, was to create something beautiful and put it in a space where people could sit down, relax and just take a breath. “Even though it’s been destroyed, there was a huge amount of goodwill and positivity involved in this project. The Mens Sheds volunteered with us. Local florists donated flowers and trees. A lot of good came out of it and I don’t want that forgotten about,” said John.

He added that he had received hundreds of messages from people offering to help. “We will re make her and raise her up from the ashes. This was a huge community effort and we will keep going. Waterford has so much more good than bad and I want people to remember that.” He concluded. 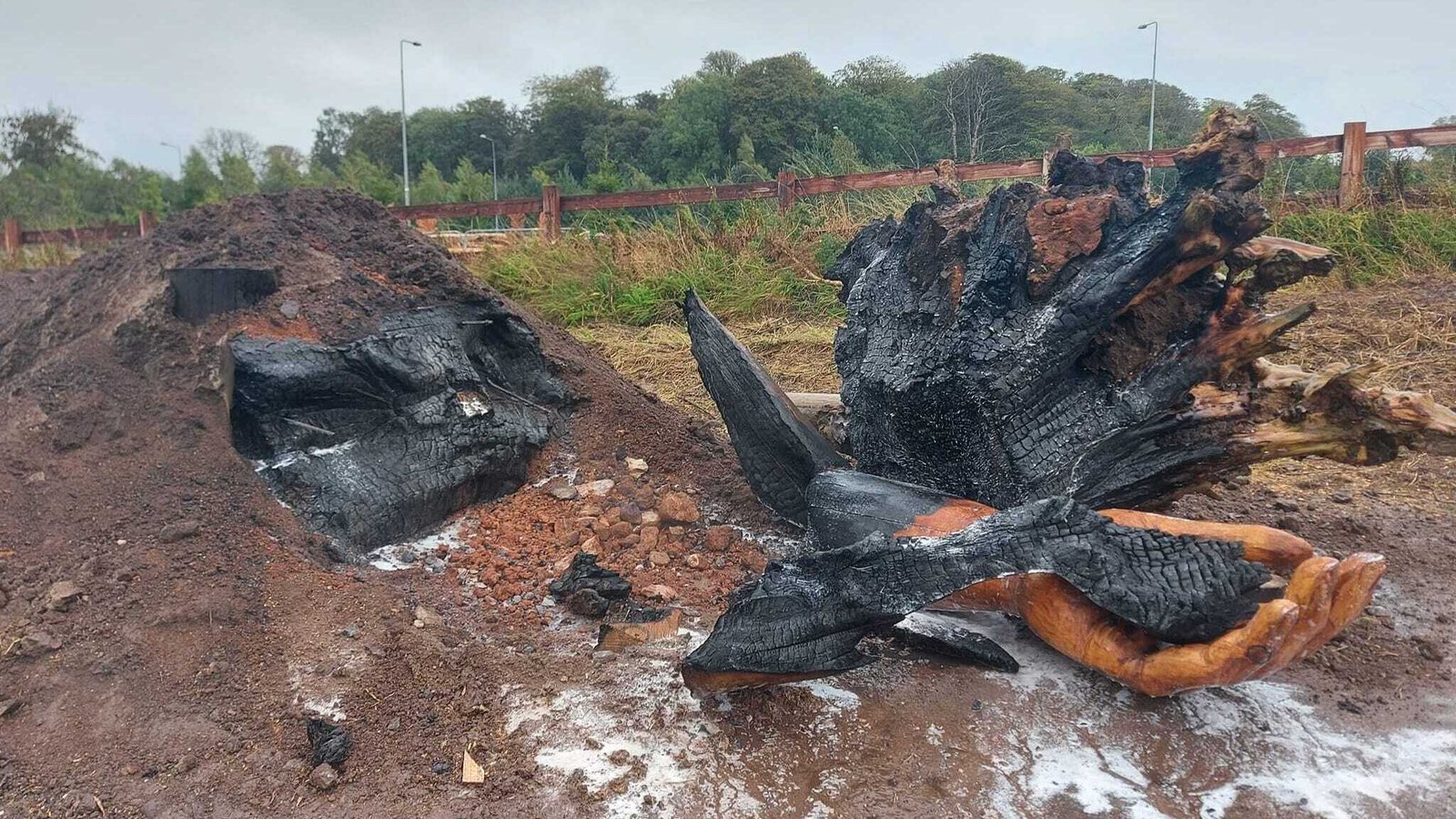 The remains of the sculpture after the recent fire.