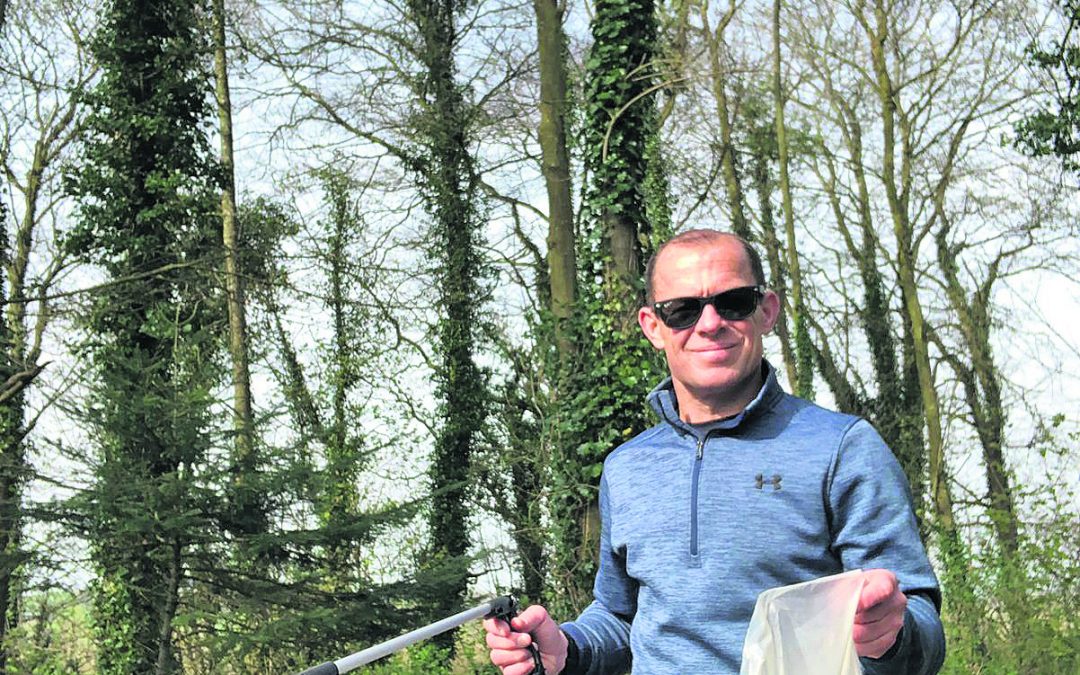 A local Fine Gael Councillor has called for people to volunteer picking litter within their 5 kilometres and keep their neighbourhoods and communities looking their best, as more people continue to flock to amenities during the summer months.

Cllr. Frank Quinlan was speaking to the Munster Express. 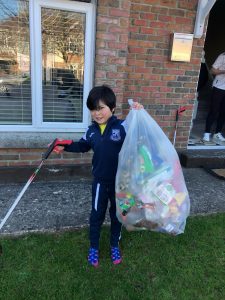 “I went for a nice one mile walk along our Waterford Greenway and managed to gather up a full bag of rubbish. I asked Waterford Council for bags, gloves and ten litter picks. Volunteers can borrow these for a few hours at a time and clean up their neighbourhood. It would be lovely if families could get involved with their kids, as this would help to educate them about the environment and civic pride at an early age.” 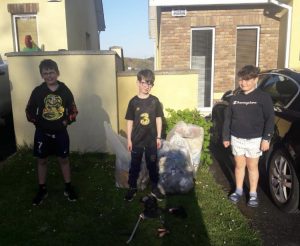 Cllr. Quinlan says that if anyone would like to get involved in the initiative, be it around their estates or in their communities they can get in contact with him and he will arrange for the litter picks to be delivered. He says that people can make it a bit of fun for their kids to ‘seek out’ the litter within their five kilometres.

There has been widespread criticism in recent months of overflowing bins, fly tipping and illegal dumping taking place throughout County Waterford. Cllr. Quinlan has always been vocal on the issue, particularly relating to overflowing bins in the city centre at weekends. He believes it is imperative for Waterford to continue putting its best foot forward and to look presentable for not just visitors but for locals also. 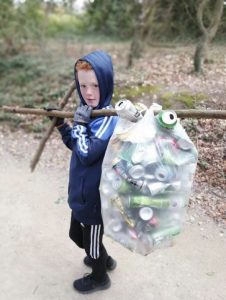 “This is a way families can get out and exercise, have fun while doing it and do their bit to keep our localities clean. Waterford was the 8th cleanest county in a recent report. I believe we should try and climb up that ladder into first. I like being competitive and this is a way that Waterford can be in a league of its own going forward. The feel-good factor involved in helping out in your area is second to none and there are lots of brilliant local groups doing great work. There’s nothing more disappointing than seeing litter strewn everywhere and this is a great way for that to be potentially avoided. The Council ground staff are doing an excellent job around the city and working extra hard on the weekends and everyone keeping Waterford clean deserves huge credit.”

Collections have been completed in many areas, with a WhatsApp group formed and people heading off in different directions in family groups within their five kilometres. 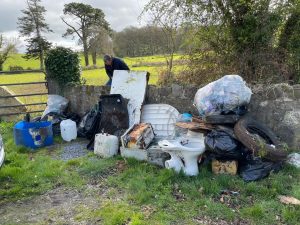 A huge amount of rubbish was collected in Ballindud.

Residents in Ballindud, Sherlock Walk, Carn Glas, Bowfield and Gracedieu all did clean-ups, while Cllr. Quinlan himself looked after Hillview and a portion of the Waterford Greenway. 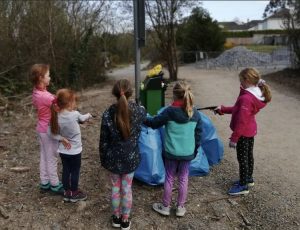 Erin and Gracie Swaby and Lia Breathnach have established their very own ‘Earth’s 3 Heroes’ club. Erin has written to the President of Ireland, Michael D. Higgins, to ask if he could talk to presidents of other countries and ask them to stop chopping down trees. The children are being taught a lot about environmental awareness in school as well as through nature programmes. 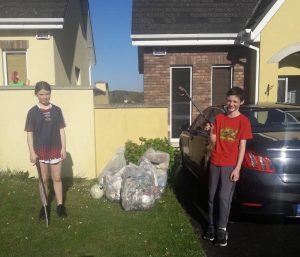 Cllr. Quinlan has been delighted with the response to the initiative.

Anyone looking to get involved can get in touch with Councillor Frank Quinlan, who will be more than willing to look after them.